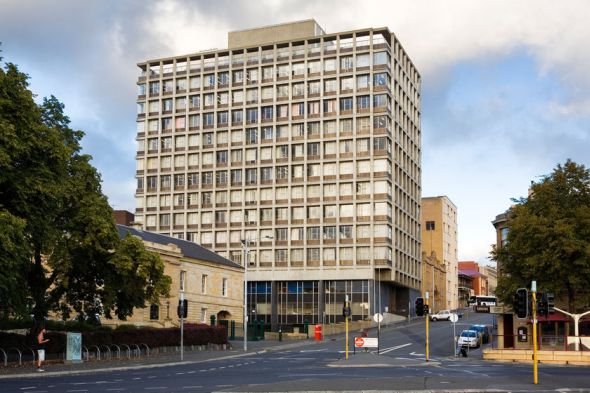 10 Murray will be demolished …

A community action group has been trying to save the government office building at 10 Murray Street from demolition by the proponent, Citta Property Group.

In July, the Supreme Court ruled the 1960s office block could be knocked down, but sent the matter back to the tribunal to consider the heritage value of the old printing office in Salamanca Place.

The Tribunal has now ruled there is no feasible alternative to demolishing the heritage-listed art deco printing office.

Save 10 Murray group spokeswoman Briony Kidd says it calls into question the value of heritage listing.

“The disappointing thing about this decision is it seems to imply to me at least that it really doesn’t mean very much, so you could argue that having the building there doesn’t fit in with what you want to do and that is a valid argument for removing it,” she said.

The development will include new government offices and open public space in a city square.