In the USA last week we witnessed ´´crisis averted´´, though perhaps better described as crisis postponed. There were some disturbing elements to the drawn out process of the debt ceiling increase.

Frightening it was, to see the influence of the Tea Party who ensured that those lower down the economic scale would pay for the mistakes of those at the top. They ensured that cuts would be made to social services, but not to tax breaks for the wealthy or for large corporations. In other words, they locked in the status quo, the structure that has placed the US in this position.

It was equally frightening to witness political rivalry, not public interest, dictating direction. It seems the most important factor for Republicans, other than protecting the rich, was to ensure this was a short term solution to create another ´´crisis´´ for the Obama administration leading into the next election. The global economy seemed little more than a ´´bargaining chip in an ideological war,´´ as noted by Alan Kohler.

Brian Toohey of the Financial Review aptly described today´s economy as a ´´tussle between greed and fear.´´So, on we charge, ´´crisis averted´´, all they had to do was increase the limit on our credit card. What could possibly go wrong? 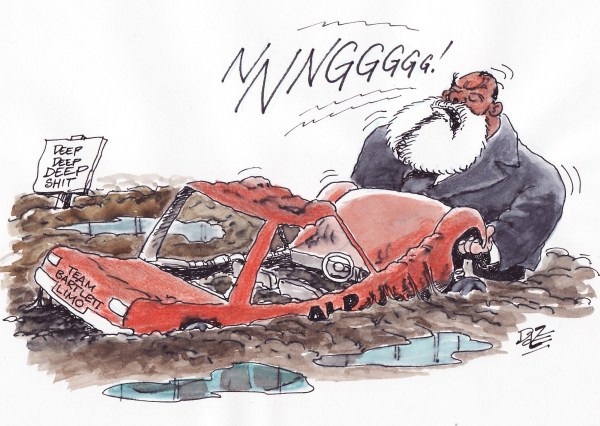 Meanwhile, down in Tassie, a very big pot called two kettles black, while we all digest what Lara and Julia have decided for the future of our forests, and it seems, the future of Gunns …