Tasmanian roads –
latest alerts & reports
Want to have a say?
Send us a letter for publication
new writers & contributors welcome,
please contact us with your submission
no new content for a few days,
site is being migrated
Tasmanian weather
forecasts and warnings
Donate to Tasmanian Times –
BSB: 807009 Acc: 60178142 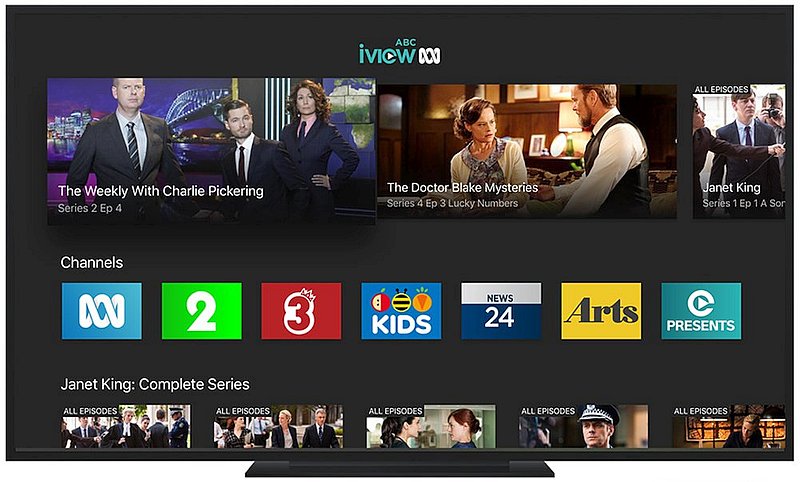 Please support our crowdfunding campaign to

I believe the decision to gather viewing data from ABC viewers and force ABC viewers to log in to iview is ill-considered and should be reversed. Commercial operators need to make money – they require their viewers to pay for content, either directly (with money) or indirectly (with data). The ABC is publicly funded, and should not require us to pay with our data for content we have already paid to create. This objection applies to all linked viewing data, whether linked through an ABC account or via cookies, IP address, etc.

This could have three significant negative impacts: first, the need to log in is a barrier to access that might exclude small children, the elderly, or others who have less familiarity with technology. Second, the data sharing is potentially harmful, but has not been transparently explained, and therefore cannot be genuinely consented to. Finally, I believe the role of a public broadcaster is to support a shared conversation among all Australians, even those of very different backgrounds and views – ‘personalised experiences’ are the opposite of this core goal.

Logging in may seem simple for a young, literate adult, but is much less so for many Australians. The ABC’s free and open content was a fantastic resource for everyone during the pandemic. Putting a login-wall in front of it would significantly lower the number of small children who could easily access it without parental help. (I imagine the same is true for the elderly or others who struggle with sophisticated technology.) This would not keep the children safer – it would simply push them onto lower-quality platforms without a login.

I do not believe you have genuine consent for data collection or sharing. Your informal public statements about data collection are incomplete, because they give the impression that only some demographic information will be collected (such as postcode and year of birth). Many do not even mention gathering viewing data,1 though of course the ‘personalised experiences’ and ‘recommendations’ algorithms must be fuelled with extensive data on viewing habits uploaded from a very large number of users. Your ‘Privacy Collection Statement’2 mentions that some data is uploaded at registration, and refers briefly to the sharing of ‘data we collect about your use of our digital services, including behavioural and location data’, but does not make clear that viewing data will continue to be uploaded while the logged-in person watches. (I acknowledge that the Privacy Policy is more explicit about both collection and sharing of this data. I also acknowledge that there is an opt-out for on-selling of data, though this is only for account holders and does not allow opting out of collection.)

You do not seem to have considered how sensitive a person’s ABC viewing or listening habits may be, or how much harm could be done when they are shared. Many Australians go to the ABC as a trusted source of information on controversial issues. A student from an authoritarian country who likes to watch shows about democracy, or a teenager from a conservative family who takes an interest in gender fludity or religious skepticism, may suffer significant harm if these preferences are exposed. For example, if an Australian has watched Foreign Correspondent’s episode on the crackdown in Xinjiang, this could be used by Facebook or Google to inform an attribute such as ‘interested in human rights abuses in China’, which could then be used by the Chinese government to target propaganda directly to those viewers via paid advertising on those platforms. This has implications for societal political manipulation.

I do not believe you have genuine consent to gather or share this information, particularly since the data is likely to be very easily identifiable by Google, Facebook, the Chinese Communist Party, or other sophisticated data gatherers with whom it might (directly or indirectly) be shared.

Finally, I question whether ‘personalised experiences’ are a desirable goal at all. I have many friends who live in the USA. I have watched in horror what happens to a democracy whose citizens lack a shared perception of events. The ABC provides Australians with this shared, common, set of facts. We don’t have to agree on everything – it is healthy in a democracy to have a variety of differing views – but we have to inhabit the same reality within which the disagreement can take place. For example, the ABC’s trusted and trustworthy election coverage is a crucial part of Australian democracy. We might disagree about who should win (and it’s appropriate in a democracy that we do), but we end an election with a shared belief in who did win, which forms the basis of a peaceful transfer of power. The USA, lacking this shared narrative, is in dire trouble.

The ABC’s other content, which my family and I often watch through iView, provides an equivalent, well-researched, balanced shared set of facts around complex and challenging issues of all kinds. We have recently watched a history of Australia’s feminist movement that raised serious questions about the role of ASIO. We also enjoyed the examination by Sam Neil of how an Anglo-New Zealander could try to understand the impact of Cook’s voyage on the people who were already here. In both cases, we had not watched anything similar before, and I doubt your algorithm would have picked them for us, but it is a good thing to be challenged to watch something that teaches you something you did not know about your own country.

‘Personalised experiences’ are unfortunately often experienced by social media users and commercial TV viewers as isolating bubbles of reflected prejudice. This is exactly the opposite of what the ABC does now, and should do in future, for Australians.

If ABC viewers wanted this, they would opt in. I see no objection to offering data collection, data sharing and personalisation on an opt-in basis, if it is done transparently. But please reconsider your decision to gather viewing data without any option to refuse, to share it without opt-in consent, and to prevent people viewing ABC iview content without logging in.

1: ABC iview will soon ask you to create an account to keep watching. Here’s why Last accessed May 23 2021

Vanessa Teague is an Australian cryptographer, known for her work on secret sharing, cryptographic protocols, and the security of electronic voting. She was an associate professor of computing and information systems at the University of Melbourne, until resigning in February 2020. She is a member of the Board of Advisors of the Verified Voting Foundation.

You can find out more about this issue here.