Tasmanian weather
forecasts and warnings
Want to have a say?
Send us a letter for publication
Donate to Tasmanian Times –
BSB: 807009 Acc: 60178142
no new content for a few days,
site is being migrated
Tasmanian roads –
latest alerts & reports
new writers & contributors welcome,
please contact us with your submission 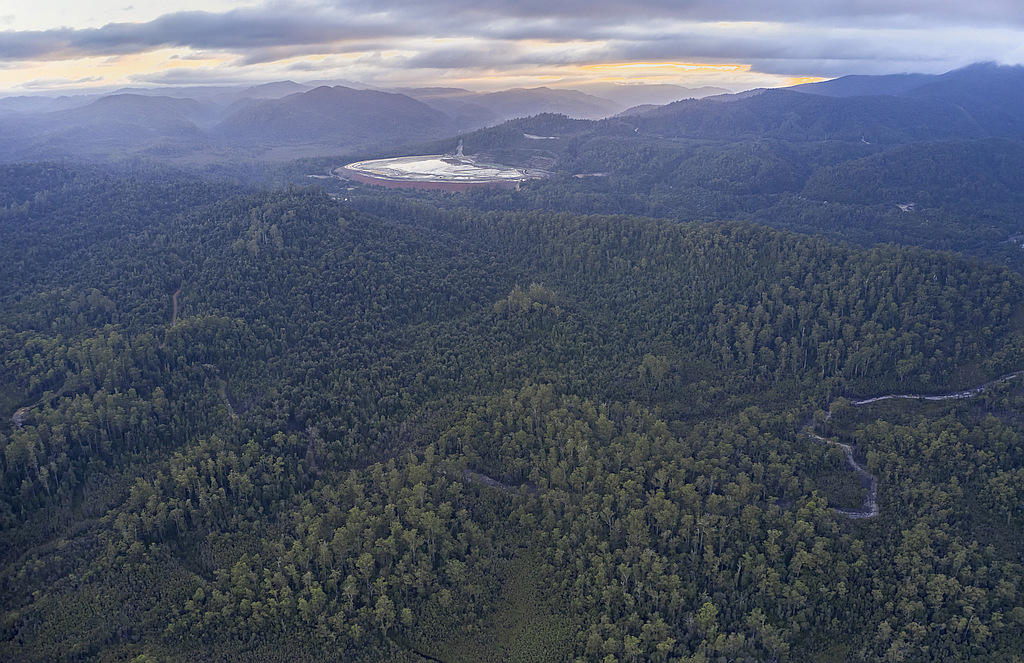 A new threat to Australia’s largest temperate rainforest in takayna / Tarkine is erupting as Chinese state-owned miner MMG concedes the company has not conducted all environmental studies needed to determine the project’s level of impact on federally-listed species.

Meanwhile, Bob Brown Foundation continues to protest in Tarkine forests where MMG proposes a heavy metals acidic tailings dam. MMG is using damaging loopholes within the EPBC Act to try and push ahead with destructive site works ahead of Commonwealth environment approvals. Not without opposition – this afternoon a team of protesters prevented the drill rig from entering the site as protesters stood on the entrance road prepared to attach to the machinery if it arrived.

“MMG is pushing ahead with roadworks and preparations for drilling rigs even before Federal Environment Minister Sussan Ley has decided whether to refuse the project or commence an assessment process. We are dedicated to carrying out non-violent direct action to try and save these intact rainforests,” said takayna / Tarkine Campaigner Scott Jordan.

“Exemptions granted for mining exploration are being misused to allow MMG to conduct geological drilling to shore up its proposal for a tailings dam. That is not in the spirit of the purpose of the exemption and the Minister should act.”

“This sort of tactic is often used to allow proponents to conduct works that it will later point to as evidence of degraded habitat on the site. It’s a license to destroy the very values that may prevent the granting of a permit.”

“We are facing a major new threat to Australia’s largest rainforest and MMG has been calling on police to arrest and remove activists from an area over which the company does not yet hold a mining lease. Last Tuesday, at enormous expense to the taxpayer, Premier Gutwein rolled out the Public Order Management Team to evict Tarkine Defenders from these threatened rainforests after 143 days of peaceful occupation. In the following four days, seven protesters have been arrested, calling for a halt to this attempt by MMG to clear rainforests for destructive drilling,” Bob Brown Foundation’s Campaign Manager Jenny Weber said.

In the past week, more than 2,000 people have sent letters to Minister Ley urging refusal of the project and national Heritage Listing of takayna / Tarkine. Bob Brown Foundation has filed an EPBC submission on MMG’s referral, citing failure to survey two-thirds of the project area, failure to provide impact reports on the pipeline across Lake Pieman, roading or the ‘borrow pits’ and failure to provide survey results relating to masked owl and orchid species.

The photograph above shows the Tarkine forests in the foreground that are threatened by this proposed new tailings dam.  In the background is the Roseberry mine current tailings dam.