Want to have a say?
Send us a letter for publication
Tasmanian weather
forecasts and warnings
Tasmanian roads –
latest alerts & reports
Donate to Tasmanian Times –
BSB: 807009 Acc: 60178142
no new content for a few days,
site is being migrated
new writers & contributors welcome,
please contact us with your submission 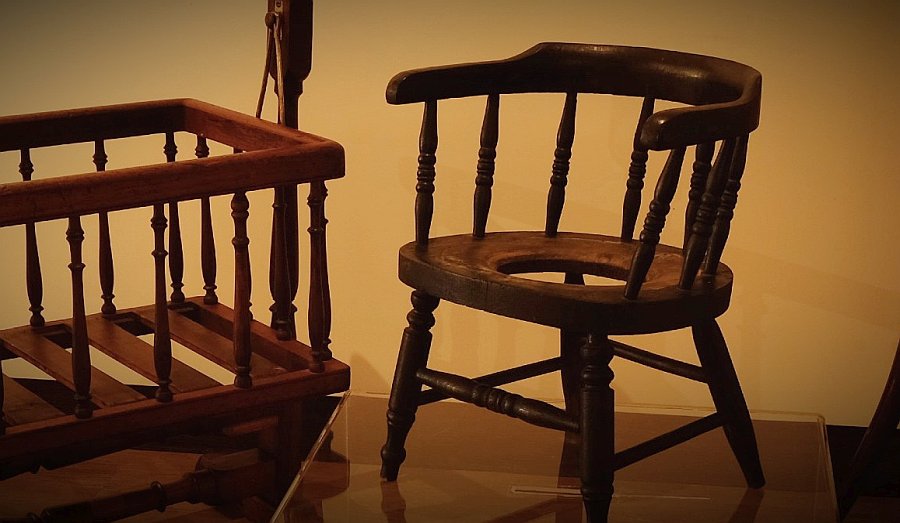 The Woolmers Estate collections team have recently finished putting together a new exhibition of never before seen objects from the ‘Woolmers Collection’.

The exhibition titled ”Transportation to Trade – Woolmers Convicts at Work’ focuses on the mostly hidden tasks of assigned convicts at Woolmers Estate and the tools they may have used.

Hitherto the convict story at Woolmers has not been focused on in any real depth, and whilst most of the remaining buildings on site are convict built, the lives and stories of the assigned convicts passing through the estate has been largely ignored.

The convicts on the estate have a very different story to tell, one of positivity, learning new skills, gaining their freedom and going out into society as individuals making a positive contribution to the new colony of Van Diemen’s Land.

Over 1000 convicts worked at Woolmers Estate

Woolmers Estate was the second largest employer of assigned convicts in Van Diemen’s Land with over 1000 convicts passing through its gates.

Assigned convicts worked on the estate from 1817 until the early 1860’s. The objects on display may appear to be ordinary every day things. But, each and everyone of these pieces was used by the Woolmers assigned convicts as they went about their daily chores.

These objects give some hint of the daily lives of these people, a prompt to imagine their suffering, their homesickness, and maybe even their joy as they worked. Being assigned to Thomas Archer I was not with out its rewards if you worked hard and behaved.

These tools and household items are special not only because of the people who used them daily, but because they have never before been on display. The Woolmers collections team specially selected these objects to tell two stories, the daily lives of assigned convicts and to reveal some of the ‘hidden objects’ in the Woolmers Collection.

Special items have been dug out from the attics, from deep in unseen cupboards and unpacked boxes not touched in over 20 years. The objects have been cleaned, conserved and put on display.

This exhibition is the first in a series of displays planned to showcase ‘Hidden Objects’ from the Woolmers Collection. The Collection encompasses the Archer family possessions dating from 1817 through to 1994. There are many, many such and ‘hidden stories’ waiting to be told.

‘Transportation to Trade – Woolmers Convicts at Work’ is open for inspection at Woolmers Estate until the end of April 2021. Tuesday to Sunday, 10am with last entry at 2.30pm.