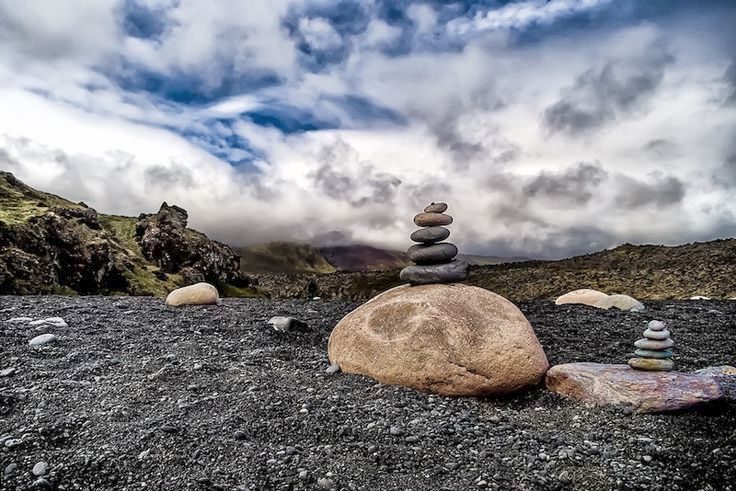 Scientists from around the world are begging people not to make stone stacks, which are emerging as a threat to micro-habitats.

Letter to the Editor – Occasionally Tasmanian Times publishes long letters on topics of public interest. Given that stone stacking is evident across Tasmania, and Catarina Serra-Gonçalves, PhD student at University of Tasmania, is a signatory to this letter, we thought it worthy of bringing to reader attention.

Stone-stacking as a looming threat to rock-dwelling biodiversity

Nature-based tourism and outdoor recreation activities are a rapidly growing market worldwide, and mounting evidence shows that these can result in positive conservation outcomes (e.g., Macdonald et al. 2017). Yet, such activities often take place in areas of high conservation value, where even small levels of human disturbance can cause significant impacts (Larm et al. 2018).

Many of the direct and indirect negative consequences of tourism and recreation, such as vegetation clearance for infrastructure construction, spread of invasive species, and trampling or its pervasive impacts in the behavior of wildlife, have long troubled conservationists (Kelly et al. 2003, Li et al. 2017).

Here, we describe the surge of ‘photo-friendly’ stacks of stones as an emerging tourism-associated threat to rock-dwelling biodiversity.

These structures, formed by stacked rocks displaced from the surrounding landscape, have become hugely popular in many areas worldwide, including Tenerife and Menorca Islands (Spain) or in Sal and Boavista Islands (Cape Verde), promoting soil erosion and modifying habitat structure for a large array of biota (Figure 1A–C, below).

These stacks of stones are distinct from cairns, that have been used for centuries for trail signalling and still provide useful services for visitors (acting as orientation signs) and nature (avoiding unnecessary opening of new trails). The prolific stone-stacking highlighted here has no such purpose and is gaining momentum with the growth of social media and adventure tourism. Stone stacks can nowadays be found inside multiple protected natural areas, such as Teide National Park in Tenerife, where they are often confused with trail marks, and Ozark National Scenic Riverways in the United States, where they pose a threat to fragile riparian ecosystems.

We illustrate the impacts of these structures by describing the consequences of stone-stacking in the endemic-rich biodiversity of the easternmost point of Madeira Island, Portugal. We use this case in point to argue that, in areas of conservation concern, authorities should impose restrictions to this practice and quickly dismantle stone towers to avoid a contagious effect that often encourages the construction of more such structures. stone stacking 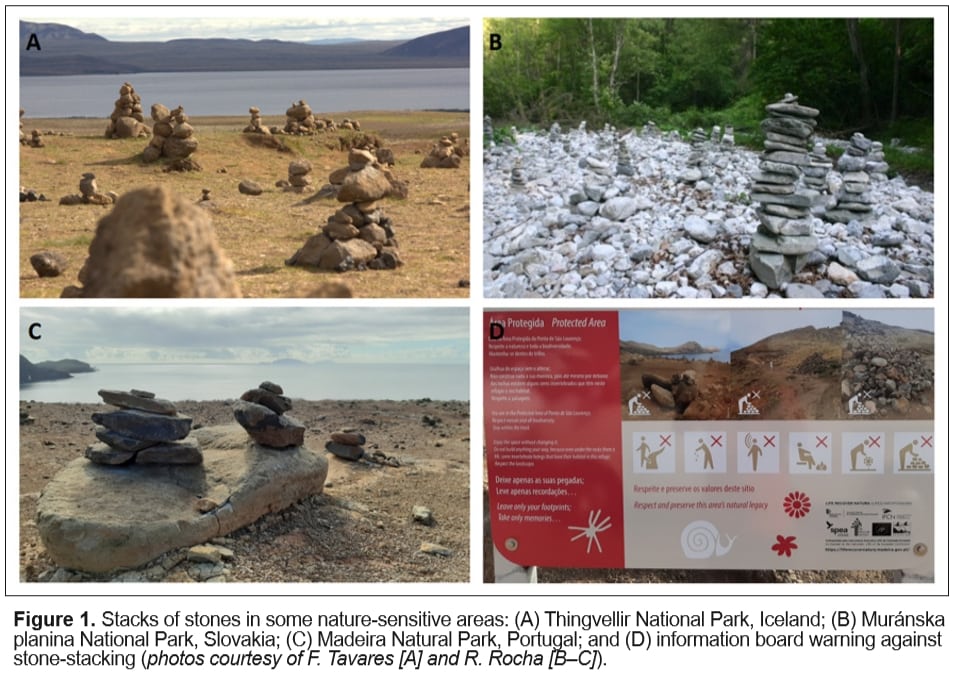 Additionally, the distribution of surface rocks can influence biotic interactions with conspecifics and non-conspecifics, such as competitors, predators, and prey (Penado et al. 2015). This, in turn, can impact population and community dynamics and even affect species’ long-term persistence (Goldsbrough et al. 2004).

The microhabitat conditions associated with surface rocks are of particular importance in areas with low structural complexity, such as arid landscapes (Penado et al. 2015). In island ecosystems, many such areas often house considerable numbers of endemic invertebrates and other ectotherms, whose behavior and physiological processes are influenced by the thermal regimes of rocky retreat sites (Vasconcelos et al. 2012).

Removal, displacement, overturning, and breaking of rocks can affect the thermal profile of the landscape, exposition to the elements, and predation levels (Goldingay and Newell 2000), thus inducing significant impacts to rockdwelling organisms. 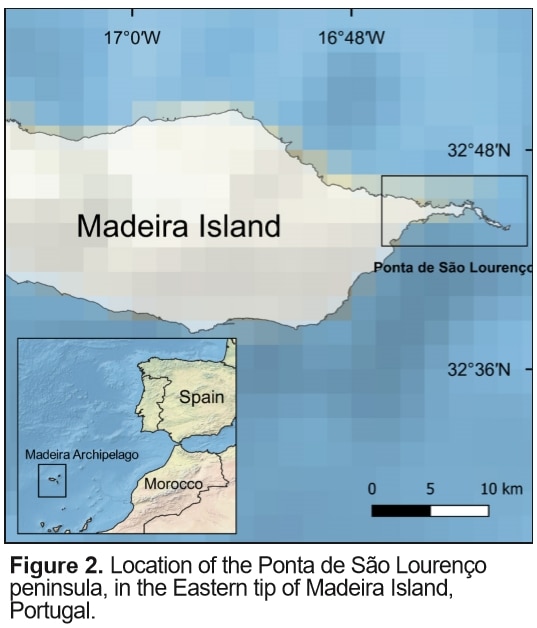 Ponta de São Lourenço is a 9 x 2-km peninsula in the Eastern tip of Madeira Island (Figure 2). It is a popular hiking destination (>150 visitors per day) and is included in the Natura 2000 Network and in the Madeira Natural Park.

Over the last few years, visitors have formed considerable numbers of stacks of 5–10 stones outside marked trails. Until recently, >200 of these structures were dispersed across an area of approximately 1 ha, leading to significant vegetation damage and soil erosion (Figure 1C, above). stone stacking

Despite its xeric conditions, the peninsula harbors a rich coastal xerophytic bush vegetation, with >160 vascular plant species (14% of which are endemic to the Madeira archipelago; see Borges et al. 2008) and an important community of bryophytes (approx. 80 species, 15% of the island’s bryoflora), including an endemic thallose liverwort (Riccia atlantica) found in rock crevices and classified as critically endangered by the International Union for Conservation of Nature (IUCN; Hodgetts et al. 2019).

Surface rocks are important retreat sites to the unique native reptile of the island, the Madeira wall lizard (Teira dugesii). The peninsula hosts a large diversity of invertebrates and is of particular interest for the conservation of rock-dwelling arthropods (e.g., the Madeira archipelago wolf spider [Hogna insularum]), endemic to arid areas of the Madeira archipelago.

Within the species heavily dependent on the availability and non-disturbance of surface rocks, we highlight the Madeira flower spider (Misumena nigromaculata), an IUCN Data Deficient species with the last confirmed sighting from 1940 (Cardoso et al. 2017) and the peninsula’s terrestrial molluscs (Teixeira and Abreu 2003). Regarding the latter, we know of 35 species that inhabit the peninsula, including several narrow-range endemics with areas of occurrence as small as 1 km2 (e.g., São Lourenço’s snail [Amphorella tornatellina minor]).

The vast majority of these mollusks occupy small, usually non-overlapping ranges and use surface rocks as refuge.

They are greatly dependent on rock-associated microhabitats and thus are highly sensitive to rock displacement.

Stone-stacking in nature-sensitive areas likely reflects more a quest for social media-friendly photos than any cultural or spiritual beliefs. These structures can cause significant negative impacts in rock-dwelling organisms and, in turn, jeopardise the long-term persistence of many narrow-range endemics. We thus urge visitors to act responsibly and not construct these structures (‘leave no trace’ philosophy).

Additionally, we encourage authorities to promptly dismantle any stacks of stones erected and to implement educational campaigns about the importance of surface rocks for rock-dwelling organisms and the negative consequences of stone-stacking for biodiversity (e.g., Figure 1D).

We acknowledge the support from ARDITI— Madeira’s Regional Agency for the Development of Research, Technology and Innovation (grant M1420-09-5369-FSE-000002) to R. Rocha. Comments from F. Angelici, HWI associate editor, provided insight for an earlier version of the letter. 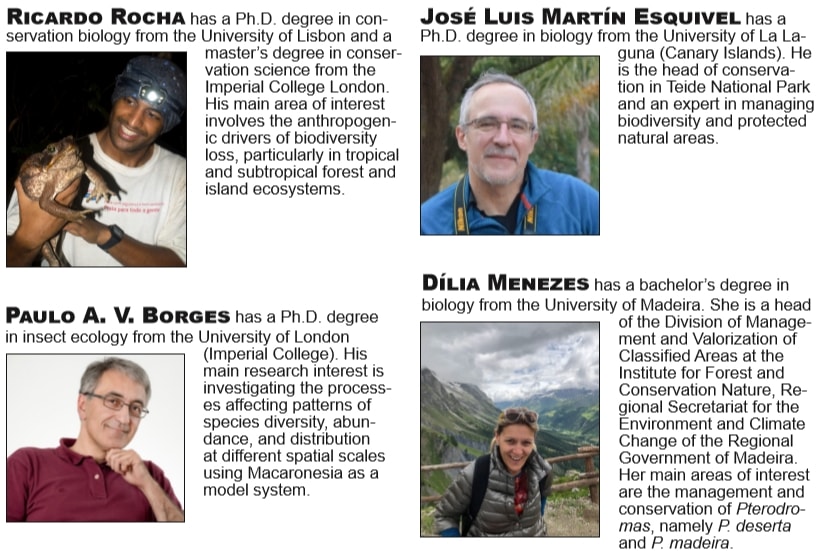 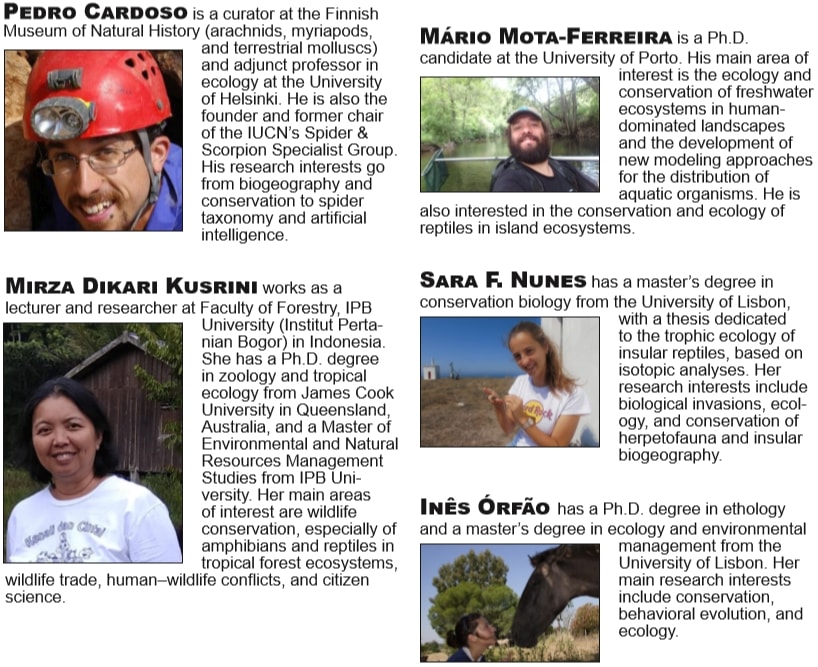 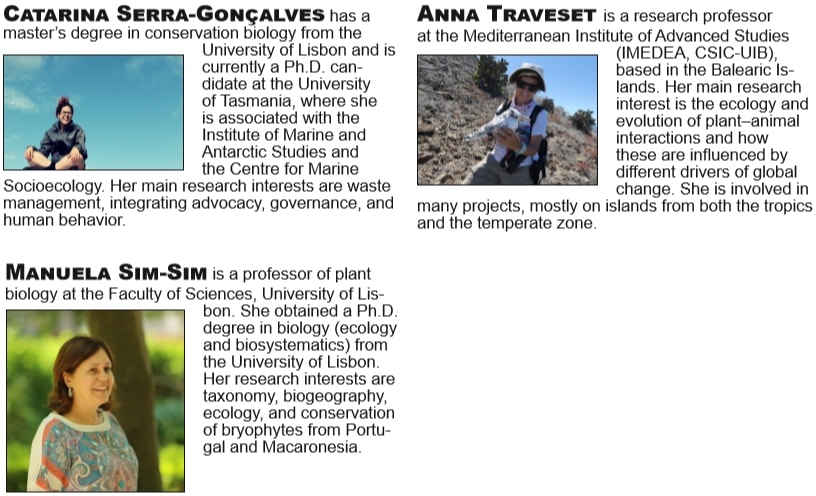 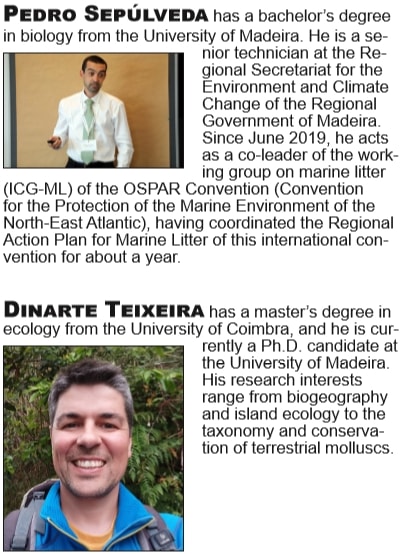