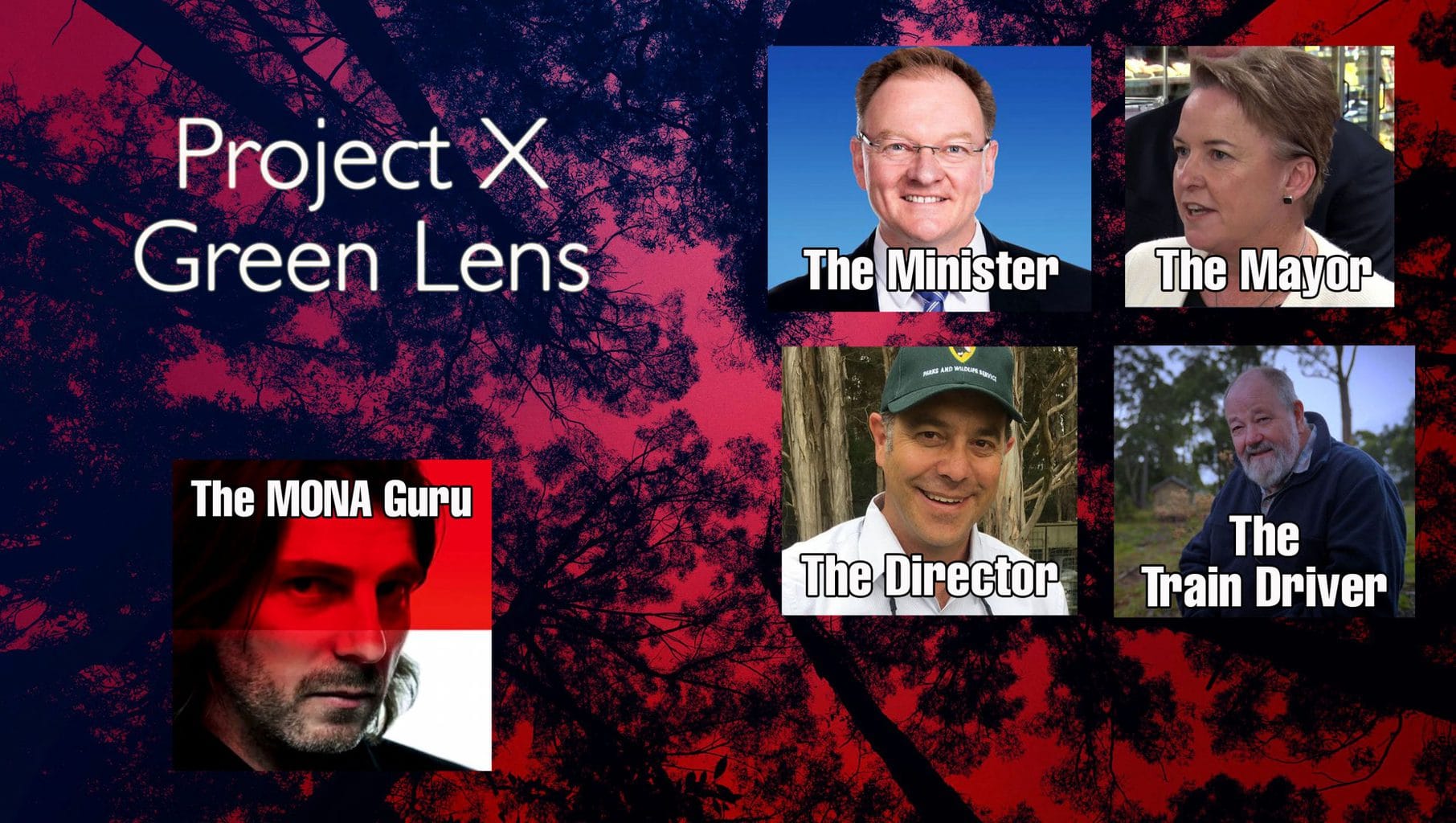 What has happened to the $2 million dollars in government grants urgently provided to increase much-needed tourism into southern Tasmania following the February 2019 bushfires? With fistfuls of COVID-19 ‘stimulus projects’ now whistling through the pipeline, it’s pertinent to take a close look at a recent example. Green Lens

At the start there were excited suggestions of a world-class light show making use of the dark skies in the area. This was to ensure visitors stayed overnight in the Huon Valley and spent their money with local businesses. MONA was lauded as being able to meet the brief based on their track record. The HV Mayor, the Tourism Industry Council and Destination Southern Tasmania were convinced that all this was going to save the Valley.

Fast forward 16 months, and there are valid questions about what the grants have achieved.

Has the entire bucket all been spent on the sound of two thousand ravens and a graffiti-scarred 40ft sea container that was moved through a few of the towns?

Are there still dollars in the kitty to help the victims of the fires some 12 months on? Did Project X deliver on the promise? Is the latest Green Lens installation in the far South Ida Bay State Reserve going to save the day? Is the historic Ida Bay Railway at risk of being scuttled? 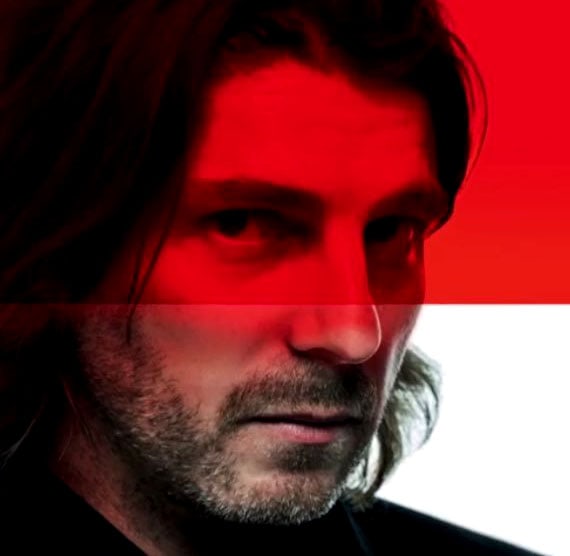 Project X lurched back into life last week with the announcement of Green Lens, though with little detail. About all that was revealed was that it’s an ‘immersive art installation in the Ida Bay State Reserve’ (for more on the implication of the location, see below). This MONA experience is to be developed by David Walsh’s entity DarkLab, whose primary focus is on the Dark Mofo festival.

DarkLab guru Leigh Carmichael confirmed to TT that all going to plan Green Lens will commence being built in 2021 with an opening in 2023.

“It could also be open in 18 months,” he explained. “It’ll take 6 months to build once approved. The question we can’t answer is how long it will take to approve or even that it’s guaranteed to be approved.” said Carmichael.

By our count 18 months would still get us to 2022, i.e. three years after the money dropped.

X marks the spot … where something happened?

As mentioned earlier, the initial rationale for $2 million of federal and state money was to anchor a ‘world-class’ large-scale light installation using MONA’s brand in the far south to fast-track the region’s bushfire recovery.

The installation did not eventuate. Doing the lifting instead has been Project X, an unfolding series of, well, somethings. They included Hrafn: Conversations with Odin in old growth forest at Hastings Caves which featured a recording of 2,000 ravens, and The Aftermath Dislocation Principle, the shipping container containing a vast landscape in miniature created by an English artist and musician.

When Tasmanian Times contacted MONA for comments on Project X, a spokesperson from MONA said that, “Due to the common and understandable delays caused by the COVID-19 pandemic, the timeline of Project X is being reassessed, and we’re not in a position right now to address queries from media outlets.”

Since late 2019 there have been calls from the community asking the simple question of how much of the $2 million has been spent.

Cassy Faux of Harvest and Light Gallery Picklery was one of four Geeveston hospitality businesses who directly benefited from the Hrafn experience. Tickets to Hrafn included a meal at one of the four outlets with each able to cater for 30 people having dinner after a Hastings Caves experience.

When questioned about the $2 million, Faux understood the concerns about how it was spent. “It is important to make it clear that this is money targeted at the tourism and arts sector,” she said.

“Although it was to be a quick response to the immediate effects of the bushfire, a longer-term solution is now the more preferred option with continued effects for the pandemic in both of these sectors.” 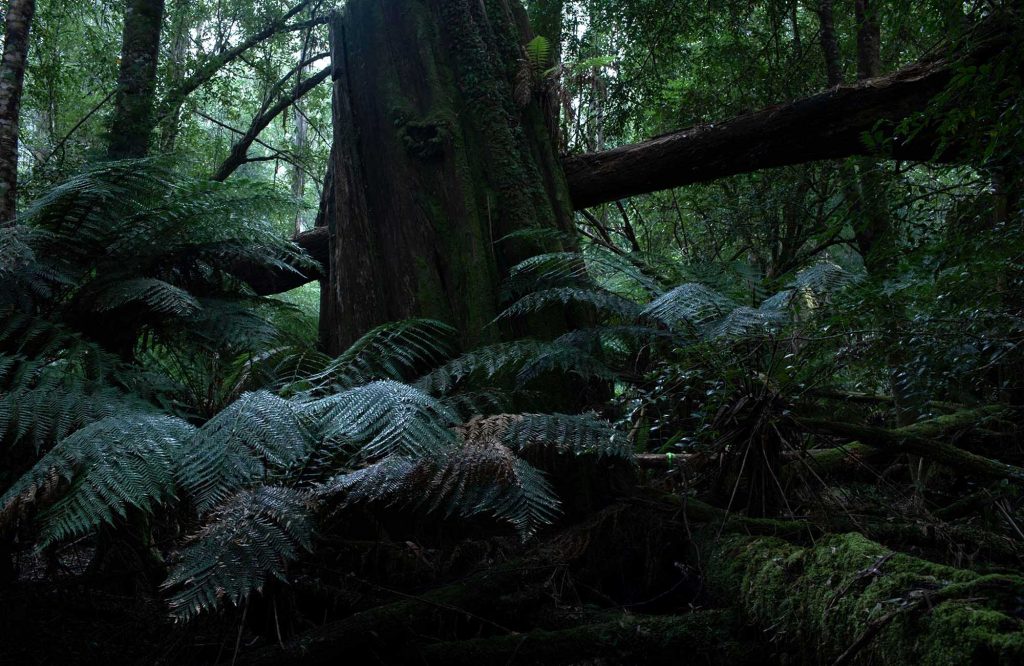 Hrafn was staged in the old growth forest near Hastings Caves.

Mayor Bec Enders was more forthcoming about the money. “I have been advised that approximately $1.5 million of the budget is unspent,” she told TT. “I believe the Jimmy Cauty exhibit went to Geeveston, Dover, Cygnet and Franklin and this has now ended. “Statistics for the Hrafn event will need to be obtained from DarkLab.”

Enders went on to say:

“I would say that community expectations for the return of these tourism dollars is yet to be met.”

She added that tourism experts two to three ‘hero’ tourism locations are needed to turn day-trippers into overnight guests. “Personally, I think it is positive that the $2 million dollars has not been spent on lots of smaller events as these would have attracted day-trippers.”

The Ida Bay State Reserve location announced for Green Lens, whatever that is, has proved ‘interesting’.

A celebratory mid-morning email from Mayor Bec Enders, Saturday 20 June, sparked a torrent of activity in many circles over the ensuing weekend:

Well, we finally have an announcement about Project X and where it is located. 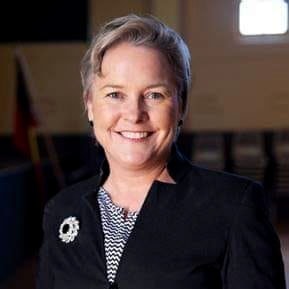 “I spoke with Jason Jacobi from Parks and he confirmed that the state government will be working with the Ida Bay Railway Preservation Society to catalogue all of the rolling stock and rail assets. Together they will work on a plan to relocate these assets.” (our emphasis)

The Green Lens media release which emanated from Minister Jaensch’s office provided little new information around the art installation, but did confirm the long-held local rumblings it was going to be located at Ida Bay.

The Ida Bay State Reserve covers an area of around 410 hectares and is well known for the Ida Bay Railway which has been a vital part of Tasmania’s industrial and cultural heritage for over 100 years. It is the last remaining bush tramway in Australia, and the country’s most southerly.

The Ida Bay Railway Preservation Society Inc is a volunteer-run, community-based, not-for-profit organisation formed especially to save this heritage railway. And the news was news to them.

“This (comment) has raised considerable concern and required much unproductive effort to manage in the past couple of days.

We do not understand why this was raised.”

Back in February this year, President Mick Williams plus Steering Committee members James Shugg, David Hanlon and Dave Collins for the Ida Bay Railway Preservation Society had provided Minister for Parks Roger Jaensch with a comprehensive proposal complete with an achievable timeline covering the restoration and return to operation of the heritage-listed Ida Bay Railway by their volunteer community-based, not-for-profit organisation.

In September 2018 a train derailment highlighted the poor state of repair of the rail line, and the Ida Bay train has not run since.

Williams wrote: “Consistent with the IBRPS constitution and objectives, all revenue is to be directed back into the conservation of the Railway and historic site. The group seeks an agreement with the PWS that will enable the progressive restoration of passenger rail operations, implementation of appropriate associated services, site maintenance and conservation works. The group also seeks the establishment of specific appropriate legislation to cover the Railway’s operation and management in much the same way as that covering the Puffing Billy Railway in Victoria.”

In a three-way meeting on 19 June 2020 between the Minister’s office, the head of Tasmania PWS and members from the IBRPS, the Minister’s representative apologised to the Society for the lack of response to their February letter. An apology was also made for the many other letters seeking a decision on the IBRPS proposal to restore the Railway to safe passenger operation and to conserve the historic works depot site and other associated features.

“In this discussion the Minister’s representative clearly endorsed both proposals for the IBRPS to meet with PWS on site to begin negotiations to secure an agreement with the Society to undertake these activities within the Reserve,” said IBRPS spokesperson Collins. “The Society was at last optimistic and started to assemble its planning for those negotiations with PWS.”

Then out came the media release, causing Society members concern over what Green Lens actually meant for the Railway.

“As stated, this did not relay the endorsement of the proposal for the Railway and consequently the community and Society members were concerned that the Green Lens proposal had scuttled the Railway,” said Collins.

This was further exacerbated by the HV Mayor Enders’ email in which she mentioned the cataloguing and relocation of the rail assets.

Over the weekend the Society managed to track down the Minister’s representative and the agreement they had made some 20 hours earlier was confirmed. Collins advised that they are seeking confirmation in writing, and then for a clarifying statement to be issued about the Ida Bay Railway conservation and operation. 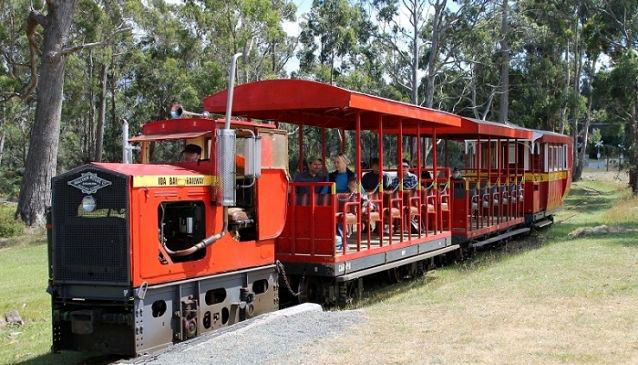 Next stop … unknown. All aboard the Ida Bay Railway!

Earlier, the IBRPS had contacted the Green Lens project, spelled out their intentions for the Railway, and asked for an idea of the Project X proposal (and ancillary works) and how they might affect the heritage listed Railway.

IBRPS were told not to listen to rumour but have yet to hear from DarkLabs, contrary to any indications that they have worked cooperatively with the IBRPS to date.

Collins says that, “It turns out that the Tourism in Parks EOI process insists on silence by proponents and administrators. As such they were in fact unable to tell the community or IBRPS of their intentions.”

When Collins asked why this secrecy is imposed, he said the commercial-in-confidence clause was trotted out. “I personally am not aware that the Green Lens proposal is indeed commercial as it is ostensibly described as an immersive arts installation etc.,” he said. “The project – now some eighteen months after the fires – is funded partly by federal and state monies and a substantial promise of private donation. It is also to be built on public lands.”

It is the same process that brought about the Lake Malbena and South Coast Track Huts controversies where the proposals suddenly appear as a ‘fait accomplis’.

DarkLab’s Carmichael however had promising news for the Ida Bay Railway Preservation Society.

“We’ll work with the Ida Bay Rail friends and determine where alignment is possible,” he says. This includes heritage assets being maintained and heritage value adhered to ‘as appropriate’, though yet to be worked out.

Not quite a guarantee, but not a catastrophic derailment either.