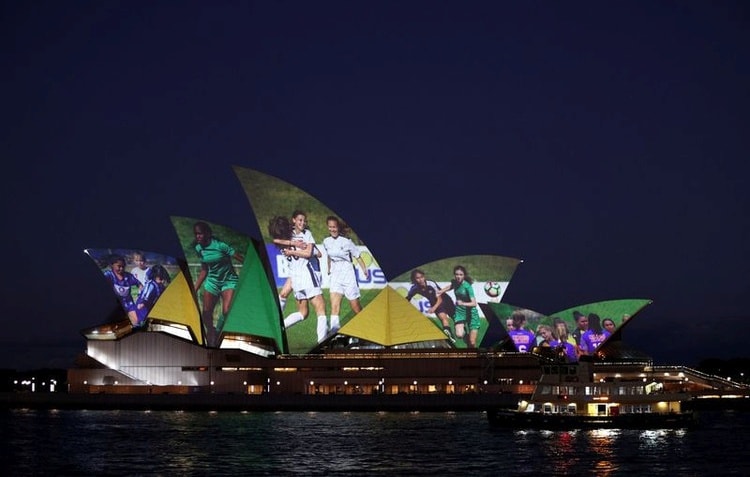 The Women’s World Cup looks to be heading to Tasmania, the first major international tournament in the state since the 2015 Cricket World Cup.

Launceston’s UTAS Stadium was nominated as one of 12 potential cities to be used, with the final stadium decision to be made by FIFA at a later date.

The joint bid for the 2023 event beat out the bid from Colombia in a 23-12 vote that took place in a meeting of FIFA delegates overnight.

“27 per cent of all Tasmanian football players are female, meaning Tasmania already has one of the highest levels of female participation in the country,” he said. “Our short-term goal is to see female participation rise to 30 per cent of our total registration base and having the FIFA Women’s World Cup played in Australia will go a long way to helping achieve this.” 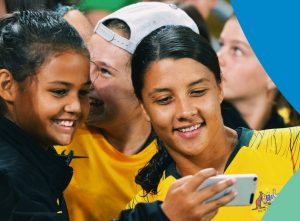 Bulkeley said that regardless of where held, every four years the Women’s World Cup caused ‘a great spike’ in new girls signing up to play football.

“We’re optimistic that following this exciting announcement, female football in Tasmania will see an even bigger spike in participation than usual,” he continued.

“The Matildas are already one of Australia’s favourite sporting teams and have demonstrated their ability to inspire young girls, and boys too, to play football and follow their dreams of wearing the green and gold. Who knows, having the World Cup on Australian shores might even help Tasmania uncover its next Matilda?”

Although Tasmania has had players called up for the Young Matildas in recent years, the state has not had a breakthrough representative in the senior side.

Tasmanian Premier Peter Gutwein said the government was very proud to have contributed to and supported the bid. “This is a great win for football in Australia and presents some excellent opportunities for Tasmanian fans to enjoy world-class football stars here in our state,” he said.

Minister for Sport and Recreation, Jane Howlett, said the Women’s World Cup is a major event on the international sports calendar. “It has the ability to attract global media presence and significant broadcast audiences around the world, and we welcome the enhanced economic and social benefits this tournament will bring,” she said.

The Women’s World Cup final drew an average audience of 82.18 million in-home viewers – 56% more than the 2015 final. The United States’ 2-0 win over the Netherlands in Lyon, France, reached 263.62 million viewers for at least one minute of action.

Tasmanian Times understands that the selection of the stadiums World Cup is largely based on technical requirements such as stadium suitability for players, fans and media; suitable team facilities such as hotels and accommodation; and logistics such as transport.

Use of York Park would at a minimum require the installation of extra (temporary) seating. Football Tasmania’s role at this stage is to work with the state government to ensure that any required upgrades and adaptation can be completed.

Estimated upgrade costs in the bid document were budgeted as US$2,873,865 (indexed to 2023). Buses are envisaged as the main spectator transport to the matches in Launceston.

Proposed matches at York Park are one group stage game, one round-of-16 game, and the 3rd-v-4th playoff for official third place. Scheduling is for World Cup 2023 matches to take place over July and August of that year.

Regardless of (current) UTAS sponsorship of the venue, it will be known as York Park for the World Cup as all stadia used must be ‘clean’ of non-FIFA names and signage.

The last major international tournament that played games in Tasmania was the men’s Cricket World Cup in 2015. The women’s T20 was played in Australia this year but Tasmania did not host a single match.

The men’s T20 World Cup was scheduled for this October-November this year with 3 games programmed for Hobart, however the tournament is likely to be postponed due to COVID-19 issues. A decision is expected next month by the International Cricket Council. Cricket Australia has stated its position that holding the tournament this year is ‘unrealistic’. 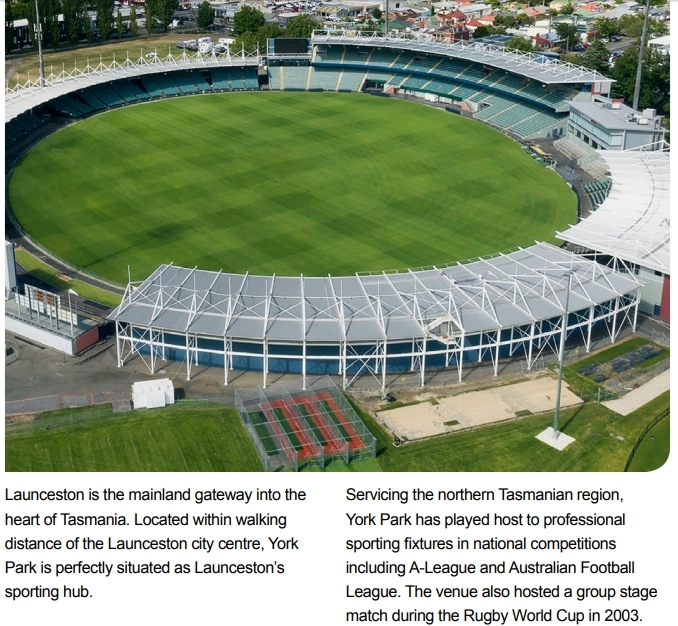 York Park as described in the Aus-NZ bid document.