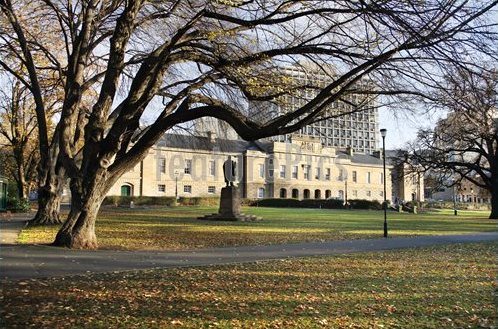 A group of Tasmanian individuals and organisations have today called for the establishment of a multi-party parliamentary oversight committee to ensure adequate scrutiny of the COVID-19 response while the Tasmanian Parliament is not sitting. (See the full letter below).

Such a body has already been established in New Zealand to help fill the accountability gap. Known as the Epidemic Response Committee, it is an all-party special select committee with similarly broad powers as those of a Privileges Committee regarding calling witnesses and the provision of documents. The select committee was set up by consensus with all parties represented, and hearings are broadcast to the public.

When the Tasmanian Parliament is recalled, the group urges the government to establish a multi-party select committee immediately to enable scrutiny of the various Government programs dealing with the COVID-19 crisis.

The call is based on the Australia Institute’s paper on parliamentary scrutiny during the current emergency period.

“Peter Gutwein’s Government is doing a good job keeping Tasmanians safe, but at a time of crisis, when so much rides on every decision, it’s vital to have democratic oversight of the government’s actions,”said Rodney Croome AM, spokesperson for Equality Tasmania.

“Having a New Zealand-style parliamentary oversight committee would bring accountability and transparency to the COVID-19 response, and foster community trust in the directions the Government is issuing,” he said. He argued that one of the best ways to head off the fear and misinformation that ‘inevitably arise’ during a pandemic is to have more community input to, and ownership of, the response to the issues arising.

“It is heartening to see our politicians working constructively during this crisis, but the public deserves more than just goodwill. An Epidemic Response Committee would help secure accountability and give Tasmanians greater confidence in the decisions of the Government in this time of crisis,” said Leanne Minshull, Tasmanian Director of the Australia Institute.

“We are living through an emergency, but we also continue to live in a democracy. This means decisions taken by the executive arm of Government during COVID-19 need to be scrutinised to ensure they are the best decisions possible. While parliament is suspended the next best mechanism to deliver this scrutiny is a formal parliamentary committee who meets by video conference,” said Richard Griggs, Tasmanian Director, Civil Liberties Australia.

Signatories to the open letter are: 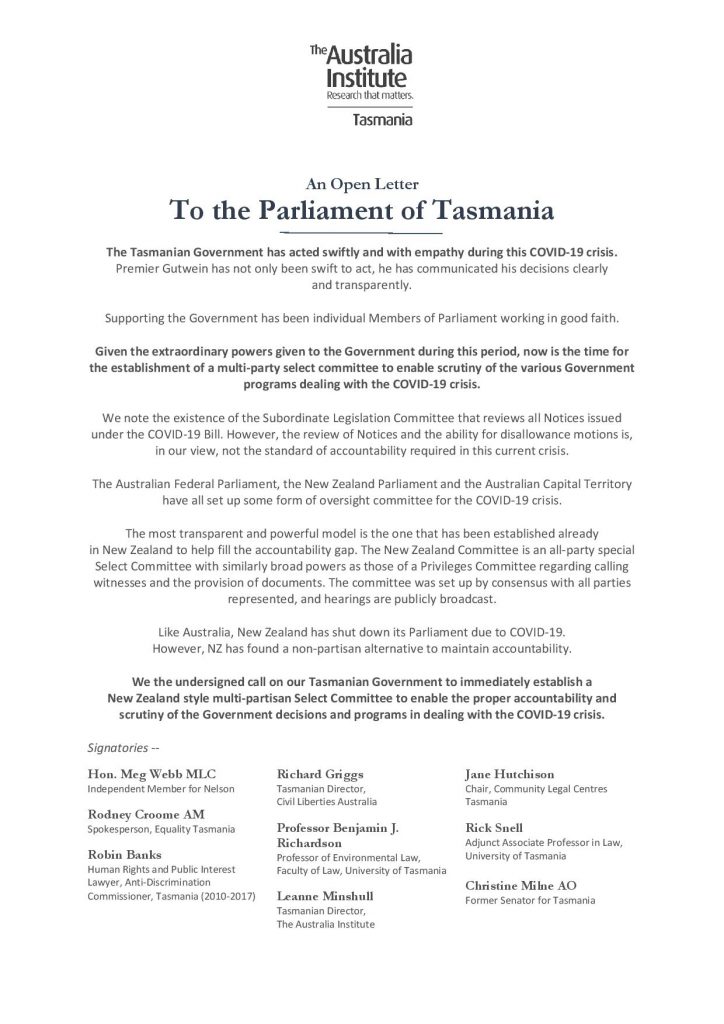