In Part 1 I looked at the main issues around mobile phone usage in schools. In this section, I dive deeper into what the mobile phone ban means in practice for Tasmania.

Will Year 11 & 12s follow along? Colleges and high schools that offer these senior levels can opt out of this decision, which may result in inconsistencies, perhaps inequalities, between schools.

Regulation and policing may simply backfire. They may cause more problems than existing policies which reflect staff choices in response to current culture, student sentiment, and external stakeholder expectations. The reduction in school autonomy may cause resentment and reluctance to follow through with top-down, big-stick approaches. This may jeopardise the desired outcomes of both the school and the Department of Education in regards to mobile phone usage.

Classrooms are easy spaces in which to regulate mobile phone usage due to a small area with an adequate ration of teacher(s) to students. However, at break times, often supervising teachers are watching over a much larger areas with a lot of fluidity. Even if teachers are very observant, it only takes one playground issue to distract the supervising teacher and the remaining students go unnoticed. For phone addicts, it will push them to the periphery of the break time boundaries. This will result in personal restrictions and controls, which will either cause resentment (yet possibly breakthrough), or disengagement and drop outs (cue retention rates debate).

If phones are adult technology and schools are not a place for them, is it akin to letting a child smoke? Should the state ban use of mobile phones in public spaces? Is the government saying that the health and community risks of mobile phones to young people and society at large are too great? 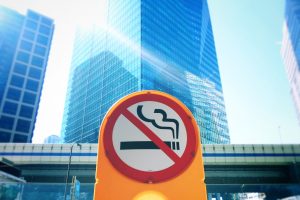 Smoking is a case in point. The full risks of tobacco use were identified well after it had become a social habit. Tobacco use started millennia ago, but within five hundred years of tobacco appropriation for global trade and use by Europeans, the consequences were slowly revealed by researchers.

Heavy restrictions around drug use (especially tobacco) just forced that usage out of the school boundaries. It did not actually stop all students from smoking. In general, prohibition just forces people underground or communicates to users that it is socially unacceptable. Yes, the percentage of the population that uses tobacco has decreased, but there are still users in both the public and private domains.

But is mobile phone usage in the same category as tobacco use? And has prohibiting addictive behaviours in certain public spaces really achieved cultural change? It may indeed be necessary, but the message is confusing. Mobile phone usage is a social issue, not just a school issue. As all governments know, however, it is much easier to change habits at an earlier age than at an older age. This leads into a whole discussion around the intentions of government-run public education. Instead, this section can be concluded with the following quote:

“Habit is thus the enormous fly-wheel of society, its most precious conservative agent. It alone is what keeps us all within the bounds of ordinance, and saves the children of fortune from the envious uprisings of the poor.” – William James

Why is the government listening to the advice of experts in regards to the effects of mobile phone usage? I believe they are already ideologically disposed to opposing phone usage, based on their disposition of power and control. It is a simple equation. All hierarchical governments, democratic or otherwise and whether they ought to or not, need to have some degree of control.

A common view is that students + phone = uncontrolled, and therefore, in order to regain control over students (read: future adults), phones must be taken away. The arguments are there to justify the ban, but the key argument specifically against phones is the limited ability of governments to achieve its outcomes if students are beholden to another supreme deity. “Thou shalt have no other gods but me” is a truism of supreme power, and for the most part, we fall into line under government authority.

Do we seek to empower our young people or distance ourselves from their tech saturated realities? ICT is a reality, to which there is no escape on certain levels (unless you come down for the Tasmanian air – good luck Instagrammers). Mobile phone addiction might mean that students are expelled in order to be on their phones … what then? Can they ban everything? As discussed in the previous sections, disengagement with learning is a significant issue that schools have, exacerbate, and create. If it happens consistently, the risks of dropping out of school are dramatically increased.

If ICT is a problem in schools, then is it a problem in real life? There is a real possibility that ICT is a cultural problem to which we need vast resources thrown at disabling its extensive reach into our lives, before we become that which we wished to avoid.

If the only problem is the lack of control the government has over student mobile phone use, then the question has to be asked: are the governments views on its population, ‘its’ future workforce, and its educational outcomes really in touch with what the community demands are in terms of peer to peer learning, individual autonomy, self-direction, lifelong learning, purpose, relevance, and meaning?

Through the prohibition of phones, the centralised curriculum and compulsory schooling, is the state government limiting potential leaps in the sphere of education that we don’t yet know are possible because of the ‘red tape’ around how, when, why, what and from whom we learn? The state government often discusses cutting red tape, but when change is demanded, the monolith that is government bureaucracy is often too large and inflexible to respond in a timely fashion. The technological revolution has been here for almost two and a half decades, yet the structures and parameters for learning are still situated in the hierarchical model of learning as if ICT is just another strategy in the teacher’s toolkit.

Maybe it will take something bold and radical for Tasmania to overcome its harsh judgement from the mainland in terms of educational outcomes, to completely rethink education, school, and what our priorities are as island people.

We must remember that our ideologies determine our goals, plans, actions, and reactions. Our philosophies go to the heart of underpinnings of school and education. What we believe about young people and what barriers we impose upon them determine what is possible within our communities.

The issue of equality is underestimated.

Young people most definitely compare their assets to determine social class (they might not put it in these terms), and nothing is different with mobile phones. They compare who has a phone or not and how they use it. They might notice what features it has and how much was paid for it.

Students certainly note how their friends use their phones: what they post, how many followers (or friends, subscribers, etc.) they have, how much attention they garner and so on. All these contribute to an overall social status as mediated by online sites.

What does this lead to? Bullying. Real world and cyber bullying. And only one aspect out of many that young people can come into conflict over.

Isn’t bullying just part and parcel of the great schooling experiment, indeed of the human condition? How humans treat other humans and other organisms is a whole field of thought in itself, so it cannot be addressed in one paragraph. However, bullying by individuals, small groups, gangs, cliques, colleagues, bosses, institutions and family is not something that stops with ICT.  Bullying simply morphs into the virtual world. It adapts and becomes an aspect or function of that particular technological tool, system, or program that we use to relate and communicate in both positive and negative ways. 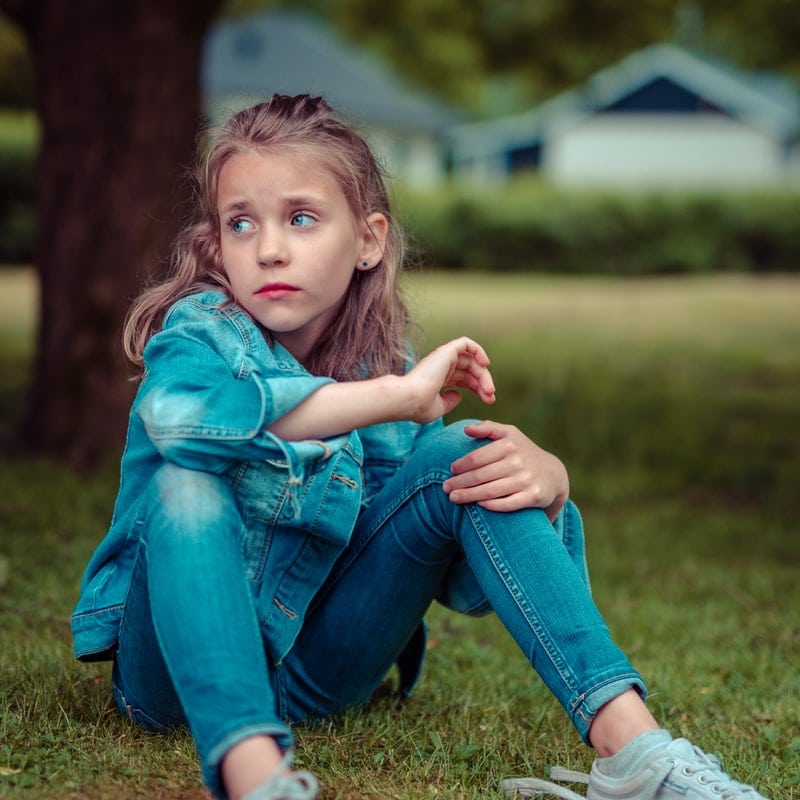 From this perspective, the government’s role of protecting people means that the ‘freedom from’ harm outweighs in my opinion, the ‘freedom to’ do. A certain percentage of the population in present-day Tasmania has incomprehensible and almost irreparable trauma, often resulting in intergenerational impacts. This results in a less than perfect world, with real pain, psychological, physical, emotional, etc. We cannot pretend that this is not a reality.

The pain often results in abusive behaviour in all of its nasty forms, and creates the culture of bullying that becomes an eternal management project. Whenever bullies have a platform above their victims, we must remain vigilant and cognisant. Young people need protection from harm by the adults who take responsibility for their care. No, this is not perfect, and sometimes through pain and struggle we develop character and resilience. However bullying online or offline is something that needs appropriate attention in all environments if as a society we want to proclaim inclusiveness and equality.

ICT has enhanced access for many that have been pushed to the edges of society. People of all abilities and aptitudes, who continue to be marginalised, can now participate more fully. ICT has been in many ways the ‘great enabler’, so it can seem hard to fathom the idea that the goals of inclusiveness that collectively we have been consciously (or subconsciously) working towards will be severely impacted if we decide that the negative consequences of ICT outweigh the positives and further restrictions will need to be out in place.

It could become a firearm debate, where some people have a licence for limited ICT use, but the government has full access to all ICT, especially to monitor and control its citizenry. Licences would be distributed to those who can justify the need for ICT use, including people with limited abilities, researchers, and workers in various industries. Private use and sales will be restricted to the black market, and the War on Phones will become public enemy number one. Future historians will talk about the prohibition era of the 20’s, no doubt going in cycles throughout the 21st century, until next century comes (supposing the human race makes it there).

The phone ban is on balance probably a good thing. But it depends on your version of good and who you are in the system. It also depends on where you think humanity (or let’s just say Tasmania, or your home town or shire) should or shouldn’t go. There is a case for precautionary measures, as well as observation of the impacts of mobile devices on communities and what our reactions should be. Taking a stance on young people’s mobile phone usage is far better than pretending like there are no issues and that discussion is not leading to meaningful action.

Right or wrong, for or against, no one can blame the Department of Education for indecision any longer. Be happy, mad, sad, or show any other emotion (or not!). Obey, rebel, resist. Ultimately, the response is still with the individual. Maybe governments that like banning things (except poker machines), could also ban mobile phones in other public places around Tasmania. Perhaps with a little less mobile phone usage, young people in public schools might have a bit more time to think, reflect, and be.

Codie Hutchison is a Tasmanian teacher fascinated by discussing ideas, whether it is politics, education, philosophy, local issues, or just something that someone is passionate about.