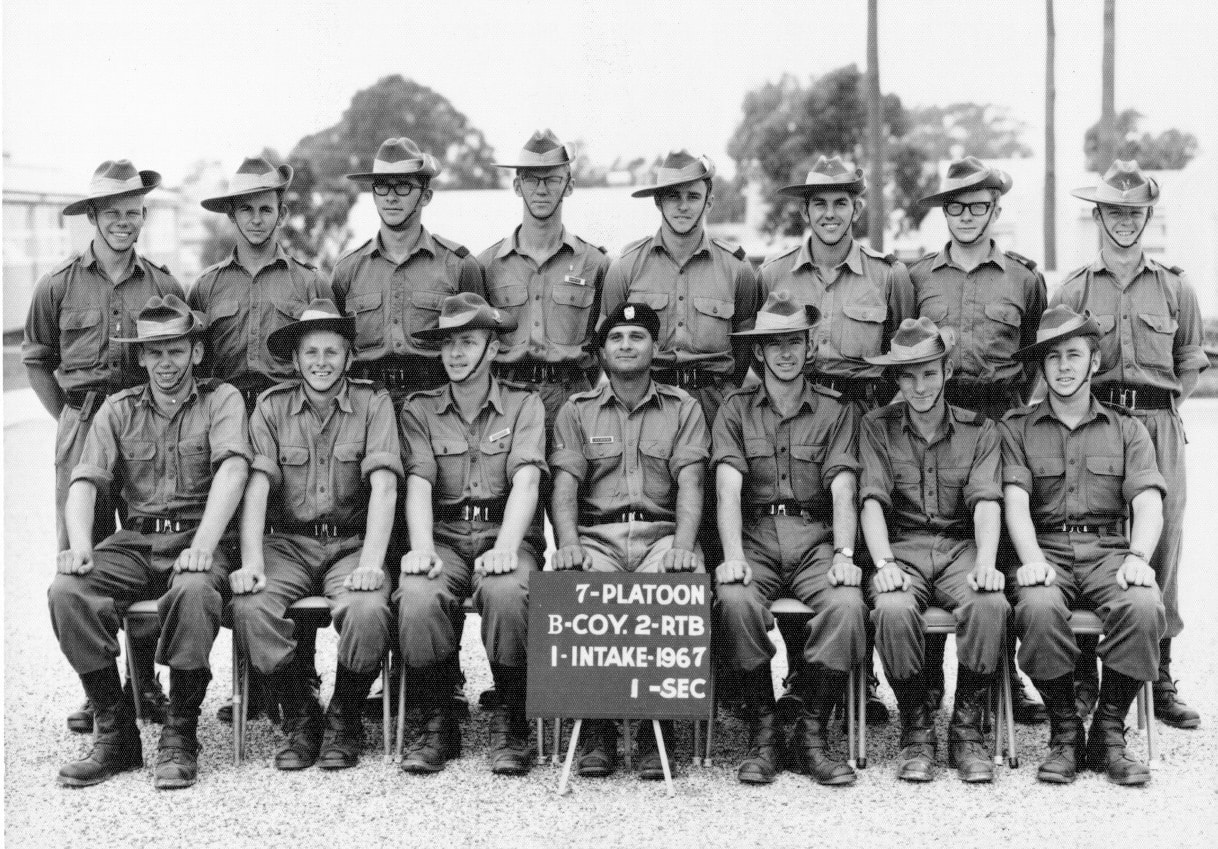 Tasmanian Times is pleased to welcome aboard Gordon d’Venables. He is writing a series of letters featuring anecdotes from around the world and indeed Tasmania. The first, below, provides a glimpse of the ‘nasho’ or National Service induction that many thousands of young Australian conscripts went through.

I‘ve won the ‘lottery’. My number – the date of my birth – has been drawn at random by a faceless man in an Army office somewhere else in Australia.

Thousands of men have been trained at Puckapunyal. Located near Seymour in Victoria on the Hume Highway between Melbourne and Sydney, Pucka trains recruits for the infantry.

“What’s your name?” barked the Sergeant Major upon my arrival.

Muffled laughter from my fellow recruits.

“Shuddup! I never told you to laugh. You don’t do anything unless I tell ya to!”

“Yes sergeant,” a half-hearted response from a few of the rookies.

“I am not an effing Sergeant! I am a Sergeant Major and that’s what you’ll call me. The first thing you will do is get your arses down to the supply store. You will be given decent clothes and boots. You will keep them in brand new condition and wear them with pride. From now on you won’t want to wear civvies. Civvies are shit! By the time you assemble at eleven hundred hours you will have memorised your serial number. You will start to look like Army. And I wanna be able to see your ugly faces in the toes of your boots. Now follow the Corporal and get your sorry arses outa my sight!”

Welcome to Puckapunyal. I hope you enjoy your stay here. If there is anything we can do to make your stay more pleasant don’t hesitate to ask.

There are four companies in the battalion and several platoons in each company. My quarters are situated contiguous to the physical fitness area and its various implements of torture. About three hundred metres to the south of the torture ground sits a treeless and reasonably steep hill with a rock cairn at its peak, colloquially known as Tit Hill. Something to do with its shape I think.

Two days into the training programme my platoon assembles outside our barracks. We are individually summonsed into Lieutenant Swinn’s office. Swinn (rookies prefer ‘Swine’) is a recent graduate from Officer College and is out to impress his Non-Commissioned Officers by the exercise of authority.

“What?” in a louder and more aggressive tone.

I shake my head and reply, “Dunno.”

I stare straight into Swinn’s eyes, “Bayonet (long pause and trail off) Sir.”

“You’ve got it, now run up Tit Hill and if you dare stop you will run up it all day!”

Outside the office the fourteenth platoon stood in silence whilst I jogged up the gravel path towards the rock cairn. As one would expect, wearing full battle dress including heavy boots I am knackered after about twenty minutes and have thoughts of walking.

After only two days I know how these morons think. If I stop running the entire platoon will have to run up the hill. But my legs are shot. I will walk through that gully up ahead and they won’t see me.

Near the base of the hill Swinn barks: “Is Venables walking?”

“No Sir,” was the unanimous reply. Solidarity – Army lesson one – stand by your mates.

Throughout the weeks of training we are periodically required to perform night guard duty. I’m not sure why – who in the hell would want to break into this place? In the middle of the night we march around the battalion grounds. It’s freezing cold in Pucka. Confident that nobody will check, my two hours of duty is spent in the humid clothes-drying room with a book.

We spend five days on bivouac in the Victorian hills during the last two weeks of training. By day we learn bush survival skills and play stalking games – the Army version of hide and seek. On the fifth day we march through the bush and stop in a clearing to await the battalion trucks.

Head against a log I awake from a deep sleep to hear an officer calling names and announcing the corps to which the named recruit is being posted. Most are being posted to the “grunts” (infantry) and destined for Vietnam. Certain that I will be punished and immediately sent to Vietnam, court-martialled, or forced to run up Tit Hill again – all equally horrendous – I approach the officer.

“Recruit Venables, report to your OC when you’re back at Pucka.”

“We are sending you overseas,” announced the Captain as I stood at ease in his office. (Viet-bloody-nam!!) We are sending you to a place called Wewak in Papua New Guinea with the Education Corps. You will be promoted to Sergeant, have a week’s recreational leave, two weeks in Canberra undertaking an orientation course and then fly to Port Moresby. Any questions?”

The feeling of relief is palpable. Dismissed, I march briskly to the door and as I am about to turn the highly polished brass knob the Captain barks, “Have you forgotten something Recruit? It’s not too late to send you to another overseas posting!”

Oops. I turn, stand to attention and salute.

The Captain breaks out in a huge grin. Some of these people actually do have a sense of humour.