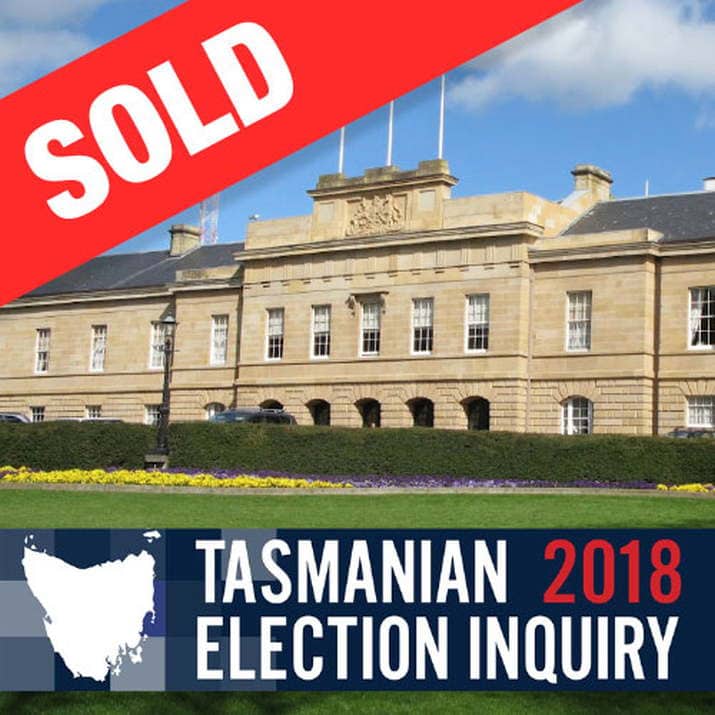 Over 250 Tasmanians packed Hobart Town Hall today for a Public Meeting on political donations. The meeting coincided with anniversary of the 2018 Tasmanian state election, an election that clearly demonstrated a significant difference in advertising expenditure between parties.

Those who were unable to attend in person viewed and had their say on a Facebook live-stream, including voting for a resolution, outlined below.

The resolution was carried at the meeting, which passed unanimously but for one abstention, Speaker of the House, Sue Hickey, who had previously been given a standing ovation for attending the meeting. The Honourable Sue Hickey was the only member of Tasmanian State parliament from either of the major parties in attendance, despite all members receiving an individual invitation to attend.

Pat Caplice of the Tasmanian Election Inquiry said the saturation of the pokies campaign had galvanised Tasmanians and showed the distaste amongst the electorate.

“It’s heartening that so many Tasmanians feel so passionately about this issue that they would give up their Sunday to learn about political donations to attend this event and respond so well to the speakers,” said Pat Caplice.

“Many people were outraged by the over-saturation of advertising by the Federal Group and other corporate lobby groups in the 2018 State election, and rightly so. There are big question marks next to $3 million of undeclared funding to The Liberal Party.

“This issue is clearly important to the Tasmanian people, and isn’t going away any time soon. Tasmanian politicians have been put on notice. We won’t allow our democracy to be stolen or bought.

The Premier and Opposition Leader were both been invited to speak, and to send delegates in their place, but did not attend.

The following motion was passed at the Public Meeting:

“The meeting resolves to call on the Tasmanian parliament to reform our Electoral Act so as to include: