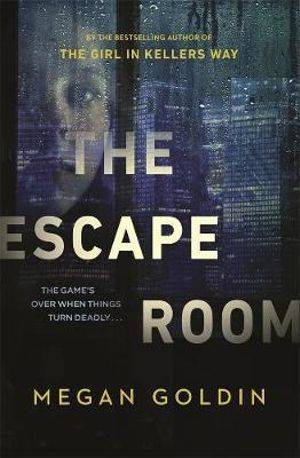 I spoke to Megan Goldin last year about her most recent novel ‘The Escape Room’.

We had a short chat about Tasmania with Megan recalling her visit to Cradle Mountain ten years ago. Since that time Megan has written two thriller novels. Megan believes the thrillers are so popular because sometimes suspense is lacking in real life and so these books and movies allow us to experience that suspense vicariously.

In ‘The Escape Room’ Megan explores the world of Wall Street and a group of individuals that have been captured by its promises of wealth and opportunity. Obsession and competition in a high tech world rule their lives while ironically they fight a primitive struggle for survival and success.

When a brilliant but eccentric co-worker ‘s  demise occurs and her only friend at the firm begins investigations she is humiliated by her colleagues and management who ultimately fire her, fearing she knows something  about their colleagues disappearance.

Fast forward into the future and the firm’s big four protagonists, Jules, Sam, Sylvia and Vincent are summoned to a meeting in an isolated location where they are ensconced in an elevator and must play a game of ‘Escape Room’, following a series of cryptic clues to achieve their escape. By the end of their time in the elevator not all will survive as slowly secrets are surrendered and the repercussions of their ruthlessness are finally revealed.