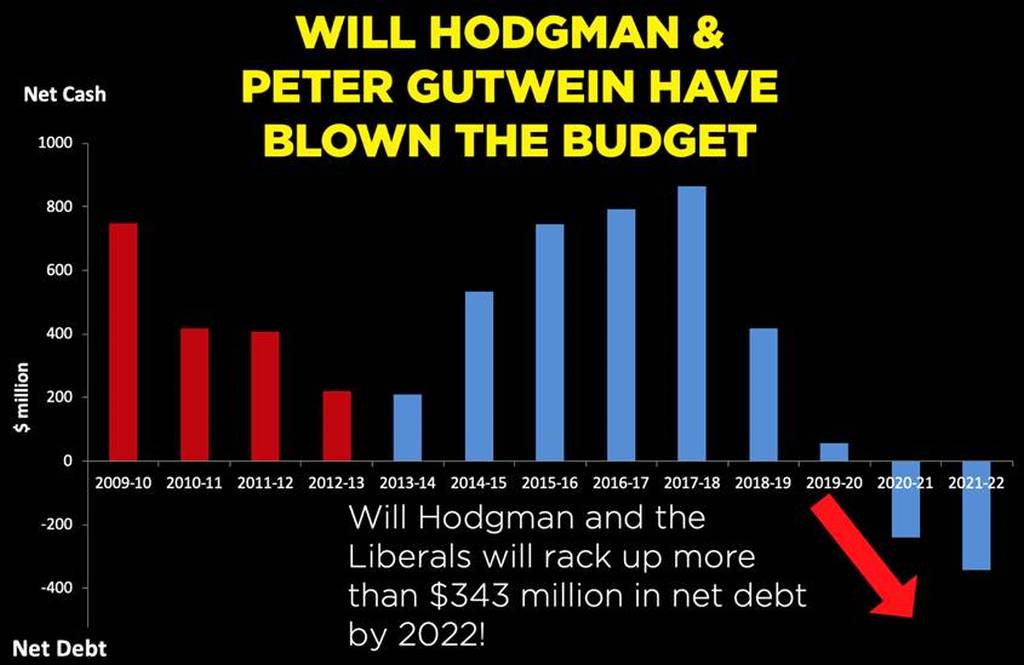 Within three years, Peter Gutwein will drive Tasmania into $343 million in net debt*.

Despite claiming the Liberals would live within their means, Peter Gutwein helped rack up $2.7 billion in election promises and now has the state barrelling towards debt.

“Despite favourable economic conditions and increased revenue the Liberals have failed to fix the crisis in our hospitals and health system, failed to plan for our future housing needs and still won’t pay Tasmanian public sector workers their fair share.

“The Liberals racked up billions in reckless election spending and now they claim the cupboard is bare.