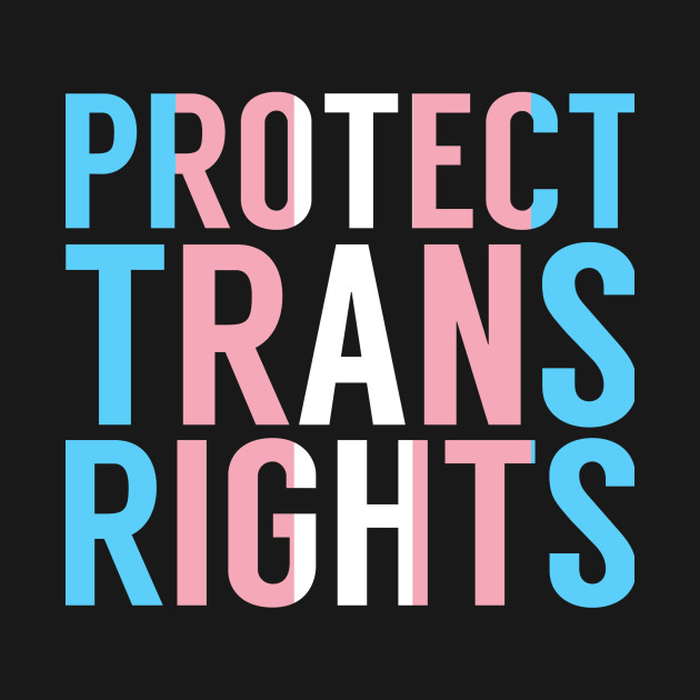 Self-identified ‘radical feminist’ group Women Speak were sighted at Salamanca Market on Saturday the 9th of February, an occurrence that has sparked criticism and concern from the local LGBT community. A rally was being held in order to spread the group’s opinion of the transgender law reforms introduced to the Tasmanian government late last year, with alternative legislation from the Women Speak group being a major topic.

A stall, set up by the activist group, sported signs such as “abolish gender”, “trans yes, trans dogma no”, and “female is not a feeling”. Salamanca Market has offered a statement denouncing the group, and claiming that they neither were approved for a stall, nor had the co-operation of the market staff. Despite this alleged dismissal of the market stall holder rules, the group engaged with the public and media reporters about their concerns.

Which is where things get interesting …

The “Womens Rights and Transgender Law Reform” proposal written by Women Speak, and available on their Facebook page, sports more than a few misinformed claims. Accurate as of this broadcast, the proposal reads less as a proposal for compromise between the previously submitted reform proposal by activist group Transforming Tasmania, and more like a proposal put forth by a group that assumes the more rights a different group has, the less rights they do.

In truth, some of the proposed alterations are, at best, helpful for people outside of the LGBT community and, at worst, down-right pedantic. The suggestion of replacing “gender” with “biological sex” in Anti-Discrimination Law is a non-issue. Unfortunately, at least for this reader, that is where the logical solutions end. Before even getting into the proposal properly, the preface makes the claim that the Transforming Tasmania activist group is (quote) “advocating that ‘gender markers’ be removed from birth certificates entirely” (end quote). No, no they are not. The reforms put forth last year advocate for the *choice* of abstaining from placing a gender marker on a birth certificate. This choice would be available to transgender and gender diverse people, as well as new parents. Anyone who would prefer to have a gender marker is well within their right to do so, and indeed would be within the majority. Just like with the same sex marriage debate, if you don’t like it, don’t do it.

This initial over-simplification quite suitably sets the tone for the remainder of the proposal. Not only does the proposal claim to address (quote) “all aspects of the trans rights debate” (end quote), which it most certainly does not, the proposal completely ignores the existence of non-binary gender identities. If you were gearing up to hear what the group thinks of us, try to contain your disappointment.

But what does the proposal actually want? Well, we’ve covered off their first point in the Anti-Discrimination Law change: a terminology change. Besides that, the group is advocating for an exemption to the inclusion of biological sex, so that groups such as services, facilities, groups and sports may reserve the right to only include people of the same biological sex. Which is an interesting thing to attempt to police, but I guess this group has already made it their business as to what is in my pants, so asking prior to letting me into their book club probably doesn’t phase them.

Following on from that, they propose the removal of “gender identity” as a protected characteristic, replacing it instead with the term “social identity”. If you just did a double take while reading, don’t worry, I’ll explain. You see, according to Women Speak, gender identity cannot be defined without referring to social constructs of gender, and as such it should be referred to as “social identity”, to make it less confusing to everyone else. This is, again, an over simplification of the experiences of transgender people, and condenses the range and scope of that experience down to the preformative aspects of gender in an attempt to make this all a social construct that can be redefined and sculpted at will. But we’ll come back to that.

Women Speak make a few claims in the rationale of this proposal that should be addressed:

1. “Biological sex is the basis of most discrimination against female persons, for example when they are pregnant or breastfeeding, or have other parenting obligations”.

2. “Protecting the characteristics of gender and gender identity in anti-discrimination law essentially protects the interests of those who ‘feel’ their ‘true’ sex is at odds with their biological sex, while the interests of biological females NOT in this category are ignored”.
3. “Current anti-discrimination law in Australia provides specific protections for an infinitesimal proportion of the population and ignores more than half of us”.

This is where the blanket of rationale starts to wear thin over the underlying transphobic content. You see, the Anti-Discrimination Act (1998), Part 4, Division 1, Section 16 (https://www.legislation.tas.gov.au/view/html/inforce/current/act-1998-046#HP4@HD1@EN) lists the character traits that you are not allowed to discriminate against. These include, but are not limited to:
(e) gender;
(ea) gender identity;
(eb) intersex;
(f) marital status;
(fa) relationship status;
(g) pregnancy;
(h) breastfeeding;
(i) parental status;
(j) family responsibilities;

So there, in black and white, are the exact protections that the proposal claims women do not have. If you are a woman and are being discriminated against on any of these aspects, that is illegal and you need to report it to the closest authority.

Oh, but it doesn’t end there. The proposal then concerns itself with Birth Certificate policies. They propose that changes to birth certificate gender markers should not be allowed at all. Full stop. Not only that, they propose that the Registration of Change of Sex be removed and replaced with a Recognition Certificate. You are probably wondering where to obtain such a thing? The proposal indicates that there would be a Sex Reassignment Board to assess your application for a certificate. Because obviously a board of complete strangers will be able to judge whether your personal, individual experience of transgender identity is trans enough for you to earn that certificate, once they consider “evidence that the claimant has lived, and intends to live in the future, with a social identity incongruent with their biological sex”.

To Women Speak, changing your gender marker is akin to “rewriting history”, their words, and they honestly believe that doing so will compromise the integrity of the data obtained from them. The thing is, the government and governmental bodies that require that information already have it. They have had it since the day you were born, and they will keep it far after any change. This seems to suggest that the government will back-alter every record of you once your gender marker is changed. Which is not only ridiculous, it is also illegal.

But the real kicker about all of this is that the proposal put forth by Women Speak has one glaringly obvious flaw. And that is that Women Speak, through this proposal, are pushing forward what they really think about the transgender experience under a thin veil of protective concern.

That is that being transgender is a social construct. That the change of gender markers is simply to be recognised in the community, which is a perspective that makes “Recognition Certificates” seem fair. What Women Speak fail to realise it that the transgender experience does not begin and end with the social aspect. While a very important part, it is only one aspect of the whole. These women don’t realise what it’s like to wake up every morning and feel out of place in your own body. They’ve never experienced the disassociation, or the anxiety. They don’t feel incomplete or wrong in their own skin. And I bet not one of them has ever experienced the overwhelming mental agony that causes thoughts like “with a bottle of vodka and a really sharp knife, I’m sure I could get rid of my breasts/genitalia myself”.

In simplifying our experiences they are ignoring psychological and medical research that recognises the transgender experience as something fundamentally real. The studies that have shown that there are physiological differences in the makeup of the brains of transgender people. They are ignoring the incredibly high suicide rate of transgender teens who are pushed to the limit and broken because they feel that anything, *anything* is better than this.

Women Speak use the catch phrase “female is not a feeling”. And they’re right. It’s an inherent knowing. But even if it was just a feeling, so is depression. So is anxiety. So are so many things, and to dismiss us on the basis of it being “just a feeling”, is to dismiss everyone who gets treatment for their “feelings”.

My final message to those reading is this: if you find yourself around members of Women Speak, do not attempt to argue with them. They are not here for a conversation – they have already made up their minds about us, and we will not change them. Focus instead on the other people around you. Tell your stories where you can. Strike up conversation with those who might not have reached a conclusion on this. Humanise us to your family, your co-workers, your friends. But do not waste your energy on the members of Women Speak. If they don’t respect your protections and well-being, they won’t respect your experiences.