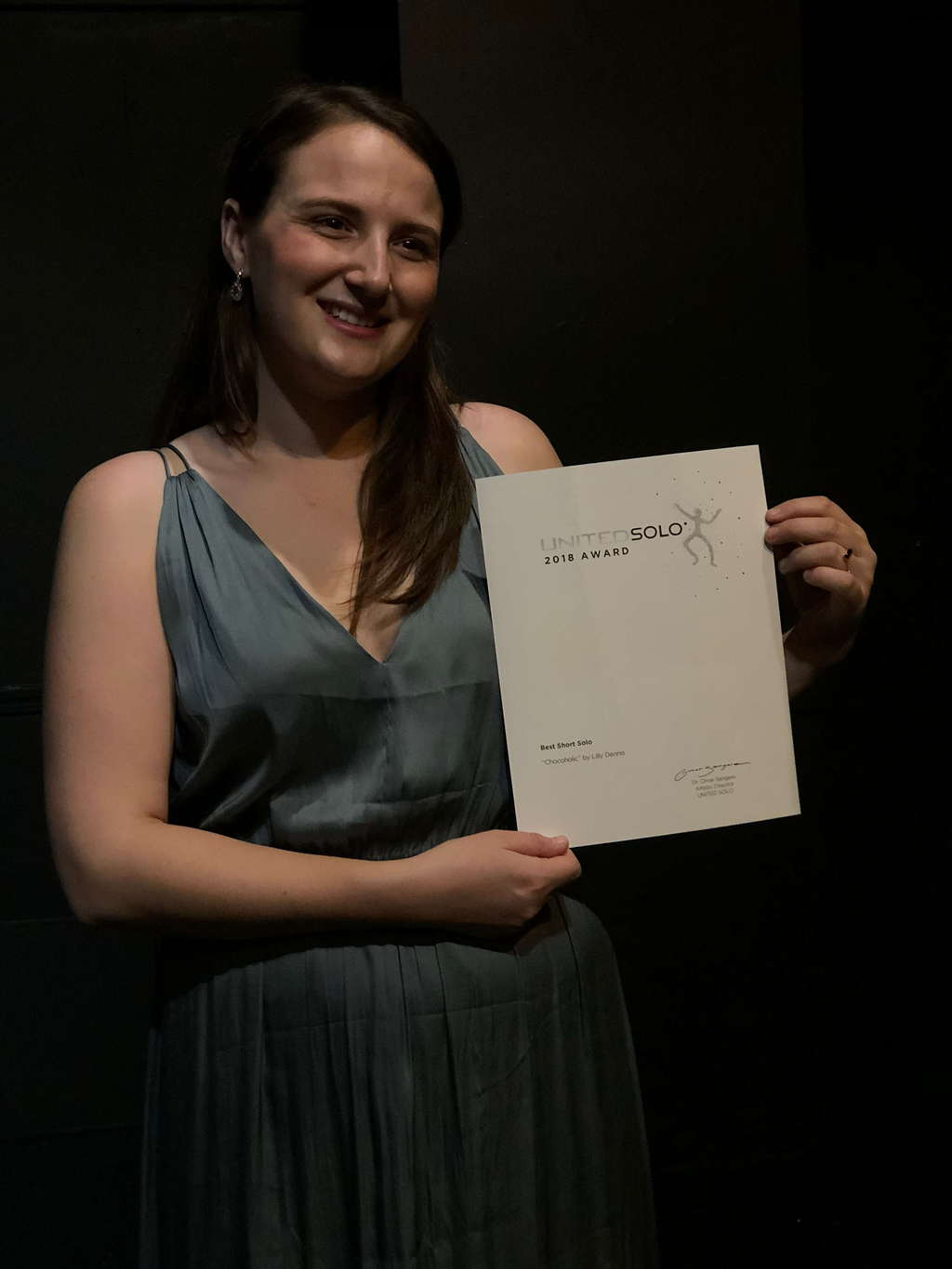 Tasmanian actress Lilly Dennis has just finished an amazing run on Broadway, with her one person show Chocoholic.

The show appeared for a long run at The Lunt-Fontanne theater on Broadway and then was asked to appear in the biggest solo festival in the world; The United Solo Theater Festival.

The show sold out night after night and had multiple performances in the festival.  United Solo celebrates and highlights the most talented theater actors from all over the world, featuring Oscar and Tony award winners.

Chocoholic is an incredible show, it opens in an imaginary court room where Lilly has put herself on trial for being a chocoholic.

Playing over ten characters, each with a different accent and physicality Dennis manages to tell the moving story about the real root of her addiction to chocolate.

The core of the play revealing her real addiction was to the man she fell in love with who died of cancer.  This incredibly talented actress moves the audience to tears as the brunt of her grief comes to ahead.   The play is so well composed and executed it is no wonder the show was sold out.

Chocoholic focuses heavily on the loss Lilly experiences to cancer and the young actress used her platform and this incredible piece of theater to raise money and awareness for St. Jude Children’s Hospital.  The show was commended by many for its charitable cause and then went on to win Best Solo Show at the United Solo Festival Awards.

Lilly is set to appear in United Solo again later this year.