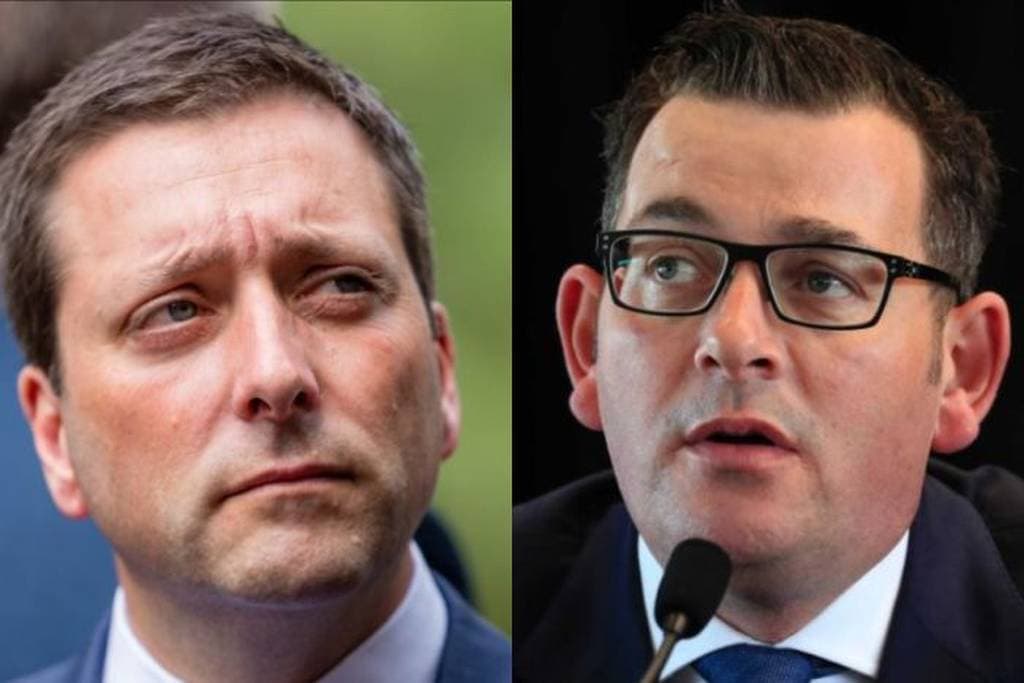 Victorian voters to Guy’s goons: Go away, get lost, and don’t come back until you’ve got something worth our votes.

The smashing rejection of what the Victorian branch of the Liberal Party of Australia offered up on Saturday 24 November 2018 demonstrates several political realities which cannot be ignored in (Western small-l) liberal democracies:

(i)   party disunity =  decline > defeat > disaster, a developing situation which mirrors what Victorian Labor suffered from 1949 to 1979, and which only began to improve with the (Sydney / NSW-based) Whitlam intervention in the early 1970s; before that, the then ALP was as unelectable as today’s Liberals.

(ii)  when the local media’s main focus are the LPA’s top officeholder (and its nomenklatura), Richo’s “the mob eventually works you out” comes into play, particularly when so unappealing a creep as the Kroger apparatchik keeps monopolising headlines and TV news openers; the party needs someone to give Mr so-unspecial-K this 365-year-old ultimatum: “You have sat there too long for any good you have been doing lately  –  go now, and let us have done with you”.

(iii) question for the party’s candidates and its suburban branch officials, “Who are Thomas Locke, John Smith, Jeremy Jefferson, Benjamin Bentham, Thomas Franklin and Adam Stuart Mill”  –  how would they respond? Or, would they know who wrote The Forgotten People? (Let alone ever read it.)

(iv)  the incumbent ALP government and its leader benefited hugely from their having done what no Victorian government has done (apart from repeatedly ‘vowing’ to) for six decades: (a) making a good start on removing the state’s most dangerous infrastructure hotspots, road >< rail level crossings;  (b) the equally lengthily-vowed rail link to Melbourne’s Tullamarine airport; and (c) even more importantly it faced down The Greens’ ideological opposition to closing the motorway gap between the Melbourne Ring Road and the Eastern Freeway, plus other more longterm transport infrastructure. (Voters clearly assessed these ALP achievements as worth putting up with its Left’s fascistic and extremist ideological idiocies.) And

(v) while charisma is rightly considered one of the lesser factors in political success, completely ignoring its appeal is to be foolishly in denial. Nice Mr Guy was clearly the fall guy for a shambolic party, both politically and administratively, the third such Gray Man in line with Edward ‘Ted’ Baillieu and Denis Napthine. A one-volt Dan the Man would’ve seen off no-volt Guy. Yes, sometimes adulation of a charismatic leader can lead to disaster, and 25 centuries before the most infamous onesuch in the mid-20th century, there was Alcibiades in the (Western) world’s first democracy  –  Athens in the 400s BCE. Big Al was the demagogue and populist on steroids who gave his city-state’s dēmokratía so bad a name that it wasn’t until recently that similar administrations remerged. (Note for the nescient and the naive: ‘republic = democracy NOT.) Which leads to  .  .  .  .

Whither  – or wither again  –  democracy?  As in classical Athens, so in the modern West,  democracy’s foes are both foreign and domestic, and the latter are often more potent than the former. And if you don’t know who they are, you’re part of the problem. (And remember this, progressivistas: revolutions “devour their children”! And may some of us libertarians “wait by the river long enough to see the bodies of democracy’s enemies float by”.)

Leonard Colquhoun’s four-decade classroom career included very welcome stints of teaching HSC Greek & Roman History and Renaissance & Reformation History in three states and two countries; his No 1 BA subject was a major in the History & Philosophy of Science. His current fave on the TV is https://www.complex.com/pop-culture/2018/06/best-tv-dramas-of-all-time/rome , which the History channel fortunately keeps repeating. The Jeremy Irons The Borgias wasn‘t half bad, either.