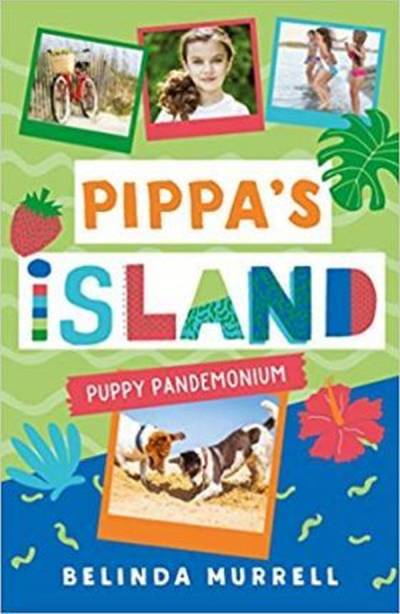 I recently caught up with children’s authors Belinda Murrell and Adrian Beck when they toured Tasmania visiting schools to chat about books and writing.

Belinda Murrell told me her dearest friend lives in Hobart so she arrived a little early, this visit, to have an overnight stay catch up.

Belinda has written 30 plus books which are influenced by a combination of her childhood in a vet practice with her own children’s growing up on Sydney’s north shore. The latter life by the sea inspired her ‘Pippin’s Island’ series.

The ‘Lulu Bell’ series has sold more than 20, 000 copies and is based on her own childhood, which she calls a ‘glorious one’ spent at her father’s vet practice. The house had four dogs, four cats, mice, turtles and a python. The house’s kitchen was the province of lambs and piglets.

Belinda would accompany her father on his call outs and remembers visits to circuses, farms and zoos.  Belinda remembers one incident of a white pony eating from a saucepan in her kitchen which inspired the slightly embellished unicorn usurping pony story, in one of her novels. Writing was always encouraged by her family, which has its own measure of authors and vets!

Belinda’s fellow touring author, Adrian, was born in Hobart and now lives in Melbourne  producing TV programs for children and other familiar  shows like ‘The Logie Awards’, ‘The Footy Show’ and ‘Carols by Candlelight’.

Adrian enjoys being able to share memories of his childhood in Tasmania when he returns two or three times a year.  Places like Bruny Island and its superfast boats, the Tassie beaches, Mole Creek and the nostalgia of Bellerive Oval cricket matches as he recalls the days when he and his brothers would find the openings in the fence to enter the cricket matches.

Adrian bemoans the flatness of Melbourne compared to the mountain backdrop of Hobart and says it was really only moving away that made him appreciate Mt Wellington/Kunanyi.

‘Total Quack Up’ by Adrian and Sally Rippin is out now published by Penguin.

Both Belinda and Adrian agree that there is a place for darker themed books in children’s literature as these ‘create a safe space to help children address and work out difficult issues in their own lives’.