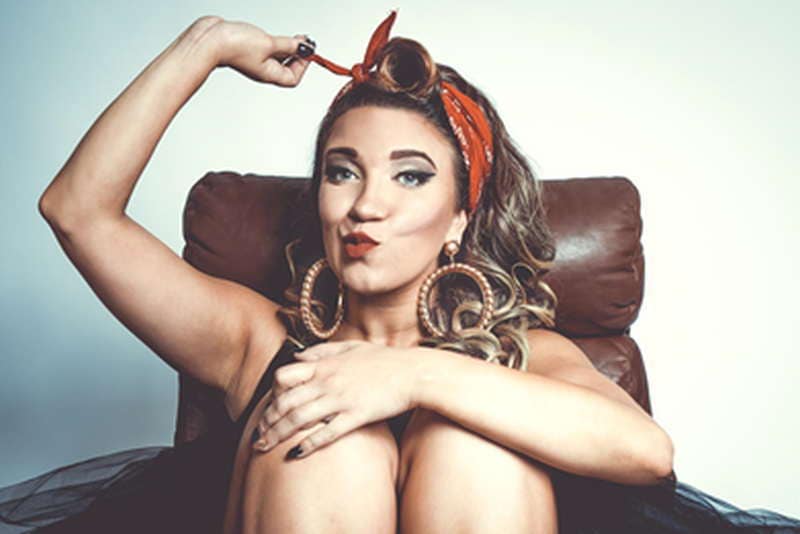 Award-winning cabaret darling Tash York is coming to Hobart for Fringe at the Edge of the World with her sell-out 5 star show “Adulting”.

The show will be performed at The Polish Club, Jan 3rd 8pm.

Growing up is hard.

If you’ve ever been engaged at 19 or racked up parking fines worth a house deposit, then like Australia’s cabaret darling Tash York, you’ve probably not mastered ‘Adulting’.

Starting with it’s origins on twitter the term “Adulting” has become a huge online trend basically describing or congratulating oneself for doing “grown-up things”. Using autobiographical experiences York takes a satirical slant on all of the things you just wish you could get together in your own Adult life including holding down a job, paying your bills on time, cooking dinner (that doesn’t just involve going to a Macca’s Drive-Thru) and even doing your taxes.

Tash York has paved a lot of her cabaret success from her previous award-winning show These Things Take Wine in Australia, and has appeared in Edinburgh Fringe with her trio show The Desperettes: A Guide to Being a Wingman (2016). Adulting has received multiple 5 star reviews, sold out shows across the Australian Fringe/comedy festival circuit and received the Adelaide Fringe Weekly Award for Best Cabaret. This year she had an incredible run at the Edinburgh Fringe with a sold out season.

Known for her ballsy voice, dynamic energy and with an uncanny ability to rap on command, York will be sure to  provide an evening of matchless comedy-cabaret in her solo debut show Adulting.

‘Tash is captivating, extremely talented and will immerse you in her musical world’ – The Beat