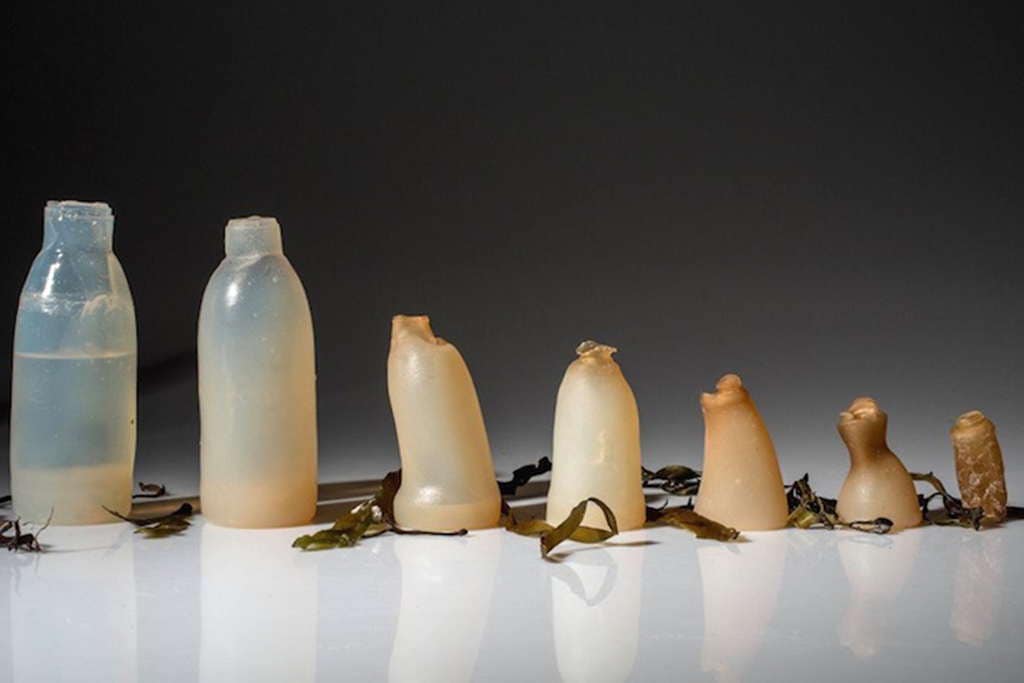 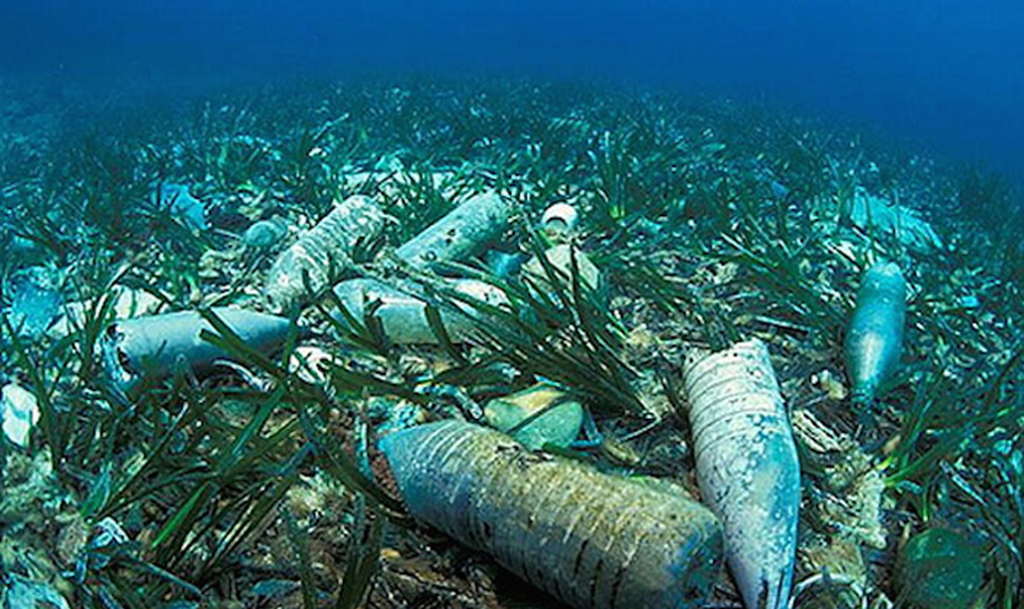 Plastic Bottles contaminate our ocean floors and break down throughout the food chain. Pic *PUNC 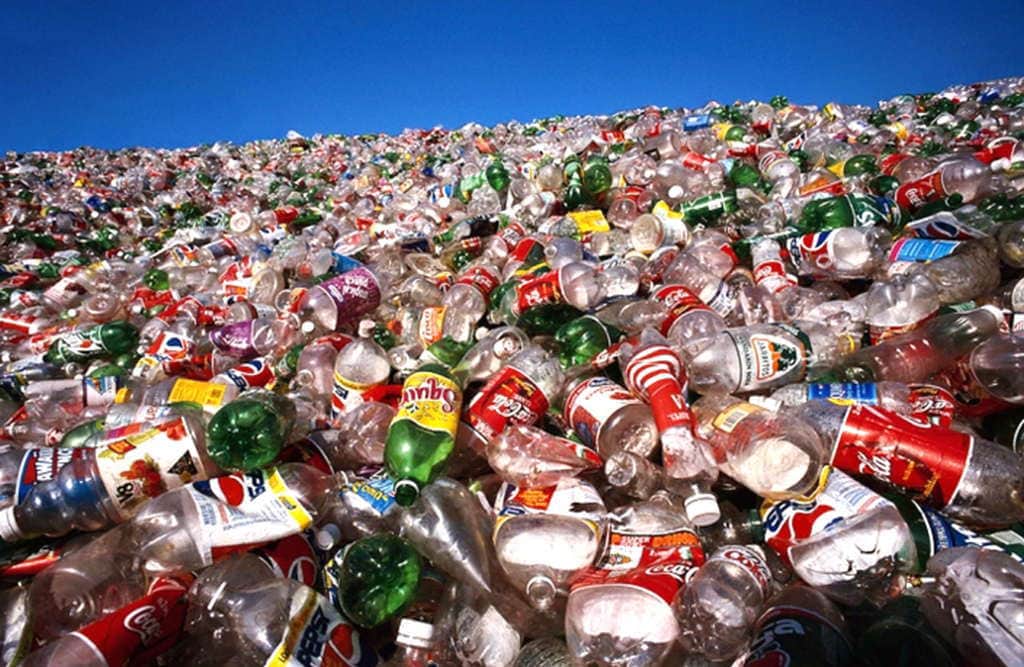 Almost half a trillion bottles are produced annually. That’s about 20,000 per second, and many end up in landfill areas, which can take numerous centuries to degrade. Pic * greenriverplantation.net

Disposable plastic bottles are rapidly becoming a global environmental disaster. These are polluting our planet, choking our streams and smothering our beaches and seabeds. Fortunately there is now a solution as an Icelandic product designer has developed an ingenious biodegradable product that is made from algae.

Everywhere around the world discarded plastic bottles can be see littering the marine and terrestrial environments, but this new algae-based solution not only eliminates pollution it also can be consumed by every living organism.

Agar, a substance made from algae, is a gelatinous compound obtained from certain red seaweeds and used in biological culture, which is generally promoted as a thickener in foods. Agar is often used as a vegetarian or vegan substitute in desserts, and is both safe for the environment and humans.

The extraordinary feature of the algae water bottle is that it retains its unique shape until it is empty, and then it begins the process of breaking down.

Mass production of this simple and brilliant product would also save tens of millions of oil barrels per year.

The majority of plastic bottles are made from polyethelene terephthalate (PET) plastic, which is produced from crude oil. Not only does oil extraction release greenhouse gases and harm habitats, plastic production also casts toxins into the environment.

Bottles can also be made of bio-plastic, which is produced from plant materials like corn or sugarcane instead of petroleum. Such plastics are biodegradable and can be composted, but this doesn’t mean they are totally earth-friendly, as bio-plastics require large amounts of resources like water and arable land that could be used to grow food otherwise.

Our petrochemical based disposable lifestyle cannot be sustained if we want a healthy planet. We must move beyond recycling and limit the amount of artificial products we produce in our everyday lives as these PET products are toxic to all forms of life, and can take centuries to break down. 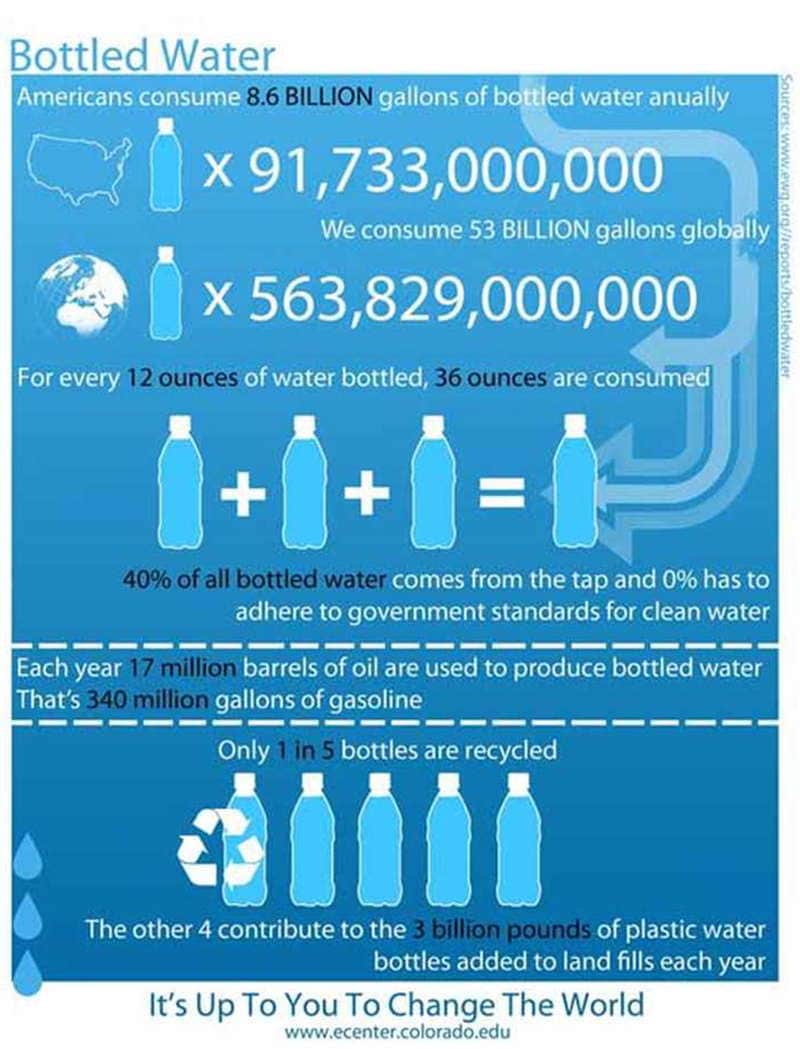 Beyond the issue of disposable plastic containers, here is another means of having a readable supply of water through self-filling water bottles that pull moisture from the air –

*Ted Mead became fully aware of the issue of plastic pollution when he undertook marine-debri surveys along the southwestern coastline of Tasmania some 30 years ago. Since then, through his international adventures, he has witnessed an alarming increase of discarded plastics products found extensively across the land, waterways and oceans everywhere!