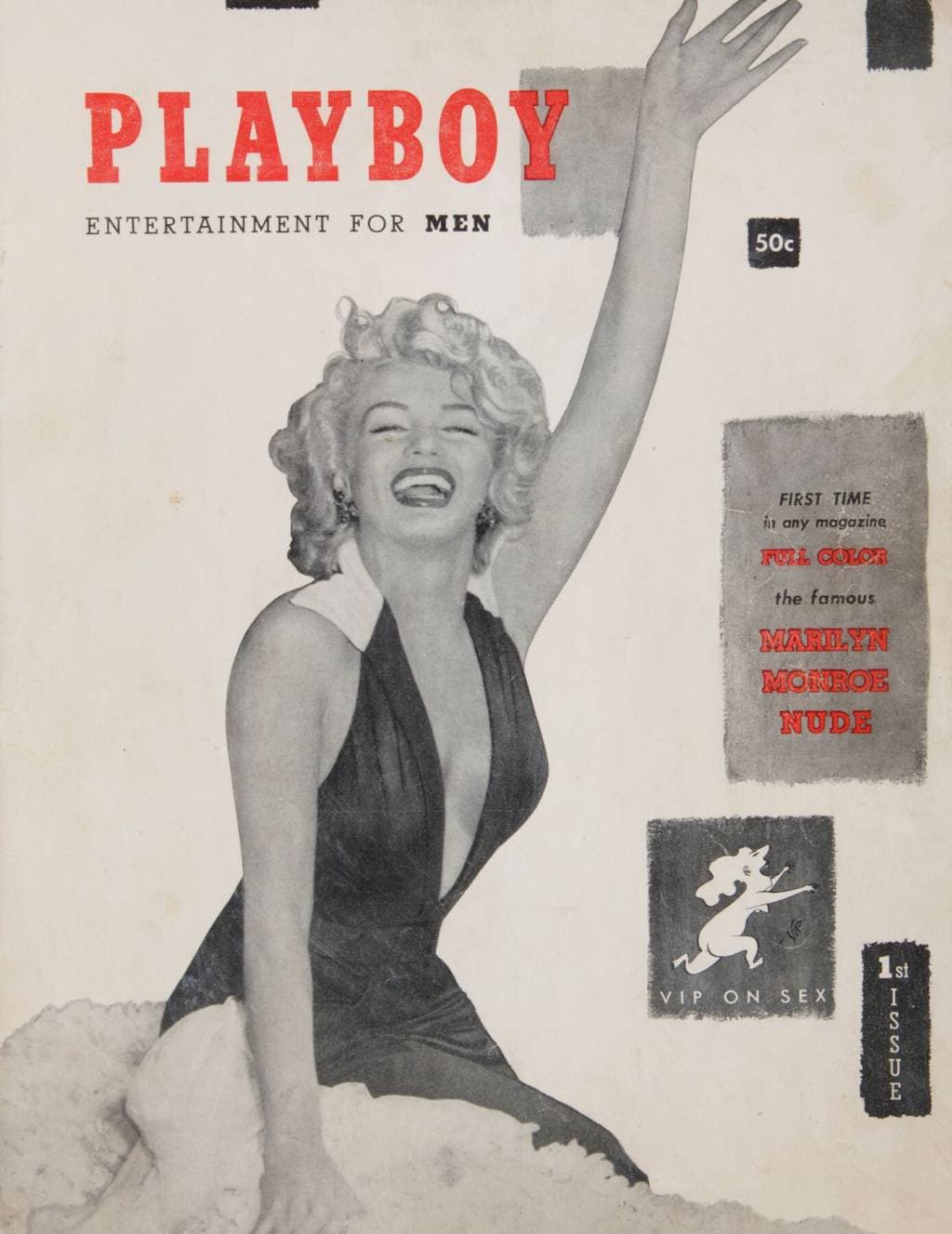 RAUNCHY for its time, the cover of the first-ever Playboy magazine featuring sex symbol actress Marilyn Monroe, who also appeared in a two-page inside spread advertised by publisher Hugh Hefner as “Marilyn Monroe with nothing on but the radio.”

A BOUND collection of a copy from every issue of Playboy magazine from its first-ever in 1953 until the death of its founder and owner Hugh Hefner last year – something like 700 copies – is to go to auction in Los Angeles at the end of this month, with estimates it could fetch up to US$40,000 (AU$55,400.)

And a separate copy Hefner kept personally from the first print run for the first-issue, is expected could raise as much as US$5000 alone.

With sex symbol Marilyn Monroe featuring both on the cover and as its 2-page centrefold (Hefner advertised it as “Marilyn Monroe with nothing on but the radio,”) that December 1953 first-issue sold 54,000 copies at US$0.50c each, with Playboy sales going on to peak in the early-1970s at 7,000,000 an issue world-wide.

They’ve since slumped to a little over 800,000 annually now, with publication down to just six issues a year, and plans to reduce it to a quarterly from 2019.

In his first issue, for which Hefner had cobbled together $8000 from family and friends to pay the print bill, he wrote in an Introduction that Playboy was for men between 18 and 80… and “is not a ‘family magazine’.”

“(So) if you are somebody’s sister, wife or mother-in-law and picked us up by mistake, please pass us along to the man in your life, and get back to your Ladies Home Companion…” he wrote.

Hefner’s privately-owned individual and bound sets of the magazine will be auctioned with hundreds of other personal possessions on November 30 and December 1, through Los Angeles’ Julien’s Auctions live and online (juliensauctions.com)

FOOTNOTE: Hugh Hefner died in September last year aged 91, and is laid to rest next to Marilyn Monroe in a crypt he’d bought in 1992 for $75,000 in Westwood Village Memorial Park, Los Angeles. Monroe had died in 1962 aged 36 from a self-administered barbiturate overdose.