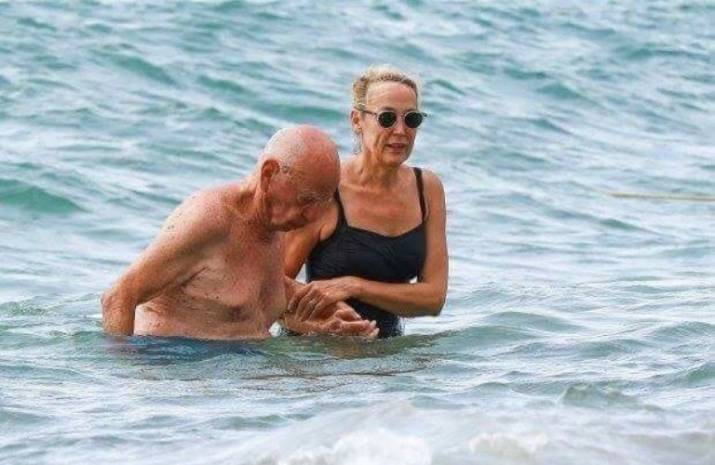 Lord Moloch’s face is a terrible thing. The dead lizard eyes, the crevices of ancient flesh, the gash where there should be a mouth.
Decades of grasping, manipulating and meddling give you a face like that.

National security and political news site The Intercept points out that while Steve Bannon is ostracised from polite society for his white supremacist views, the Murdochs are welcomed with open arms, even though Fox News is “injecting racist, anti-Semitic and anti-liberal tropes into the American mainstream (remember the war on Christmas?)”.

Fox News is the place where conspiracy theories from the darkest corners of the internet are picked up, massaged for Moloch’s viewers, who then become “converts willing to go further than Fox & Friends dares”.

There are small, yet encouraging, signs of a backlash. New York mayor Bill de Blasio got a huge general endorsement at a progressive conference in New Orleans when he said: “If you could remove News Corp from the last 25 years of American history, we would be in an entirely different place … We would be a more unified country. We would not be suffering a lot of the negativity and divisiveness we’re going through right now.”

Edward Luce, the US editor of the Financial Times, has called for a boycott of companies that advertise on Fox. “They bankroll the poison that goes from the studio into Trump’s head.”

At a recent Trump rally for hillbillies, Fox’s shameless Sean “Insannity” Hannity leapt onto the stage and gave the Tiny Toadstool a hug, repeated some distortions and then high fived Bill Shine, a former Moloch flunky who is now in charge of White House communications.

Rusticated James Moloch has told friends he is “embarrassed by much of what appears on Fox News” while Lachlan says he’s “not embarrassed by what they do at all”.

Often we find the hapless sons of billionaires aping their father’s view in an even more committed and venomous fashion. Things could get even nastier when Lachlan takes the wheel.