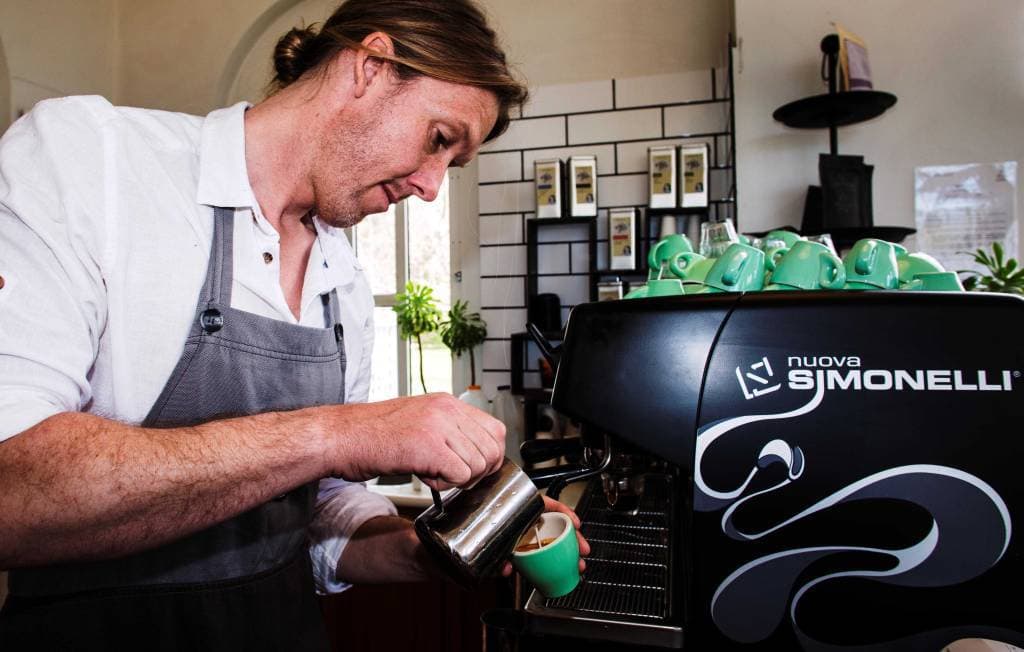 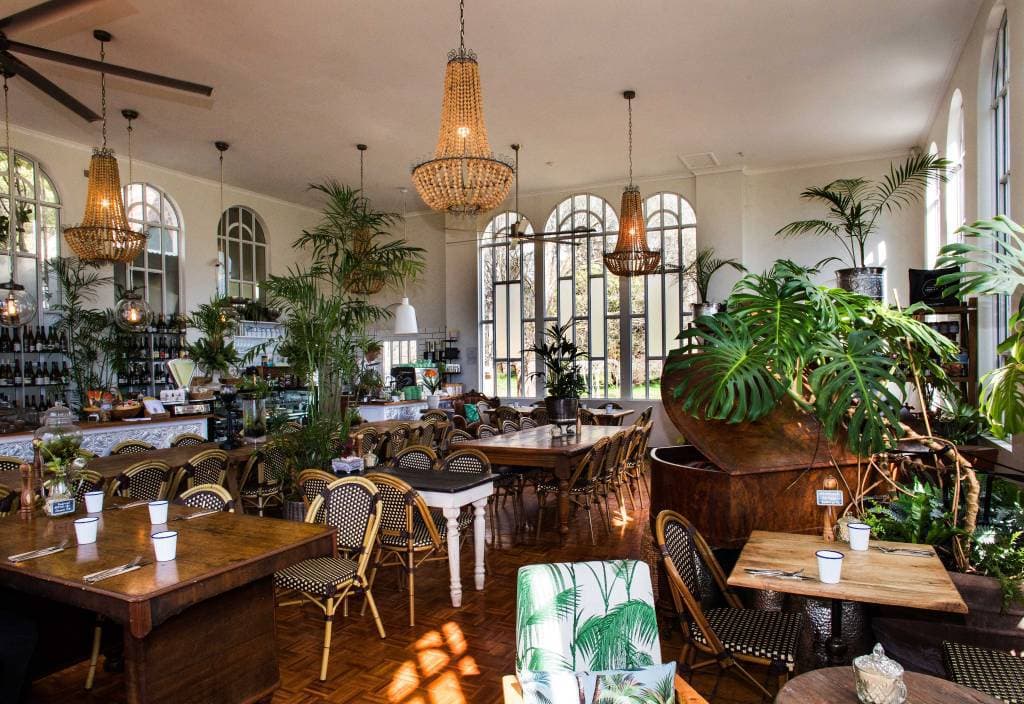 The classy interior of the Tasmanian Food and Wine Conservatory

Classy is not how you would portray all cafes – but it sure describes the Tasmanian Food and Wine Conservatory at Sassafras, halfway between Deloraine and Devonport in Northern Tasmania.

Searching for a superlative to describe this cafe I will settle for “outstanding”. Every little thing is good about the place. Service, food, coffee, cakes, grog range and comfort. They call themselves a cafe/providore and stock 100% Tasmanian produce.

My first impression, other than walking into a place where Queens Victoria would feel at home, was the prompt service.

I often get annoyed (which is probably caused by lack of coffee) when my coffee takes too long to come.

Sometimes it takes ages even if you are just about the only one there. Not so here. I had barely sat down when my coffee arrived. From then on I guess that they could do no wrong.

Reading back though what I have just written I must admit to sounding rather sycophantic.

I usually try not to do that.

The only trouble is that I actually can’t fault the Tasmanian Food and Wine Conservatory. Most places have at least one thing that is not quite up to scratch.

My new mission is to keep going back until I find that one thing.

Steven French is a Tasmanian farmer, photographer and writer – and sort of retired. Steven lives at Whitemore in northern Tasmania, where his family have been farming since 1865. His grandchildren now make seven generations on the same property. Steven started his photographic career as a rural photographer working for mainly for Tasmanian Country and Stock and Land. During this time Steven’s photo captions keep getting bigger and bigger until he was writing more than photographing. He finished up being employed for several years by the Mercury Newspaper solely as a journalist. In 1978 Steve and his wife opened Reflections Photographic Studio which went on to become the largest photographic studio in the state. Steven is a former runner-up for the Tasmanian Professional Print of the Year Award and took out the People’s Choice Award in the same year. In more recent times Steven has worked as a photo/journalist/editor for several glossy publications. During the early 2000’s he was publishing/editor of Tasmanian Life Magazine and until recently was editor of Tasmanian + Magazine. He still edits a specialty, glossy publication, Australian Sheep Magazine. In 2010 Steven photographed and wrote the book Hand Made in Tasmania which was on the state’s best seller list for several weeks. His short story, Arthur, won the people’s choice award at 2012 Tasmanian Living Writers Week. Steven work has been published widely throughout Australia and overseas. He has had several solo photographic exhibitions and been part of group exhibitions on the mainland. His work has also been hung at the prestigious Menzies Gallery in Melbourne. Steven has taught photography for the University of the Third Age and from time to time lectures on Heritage Sheep in Australia.