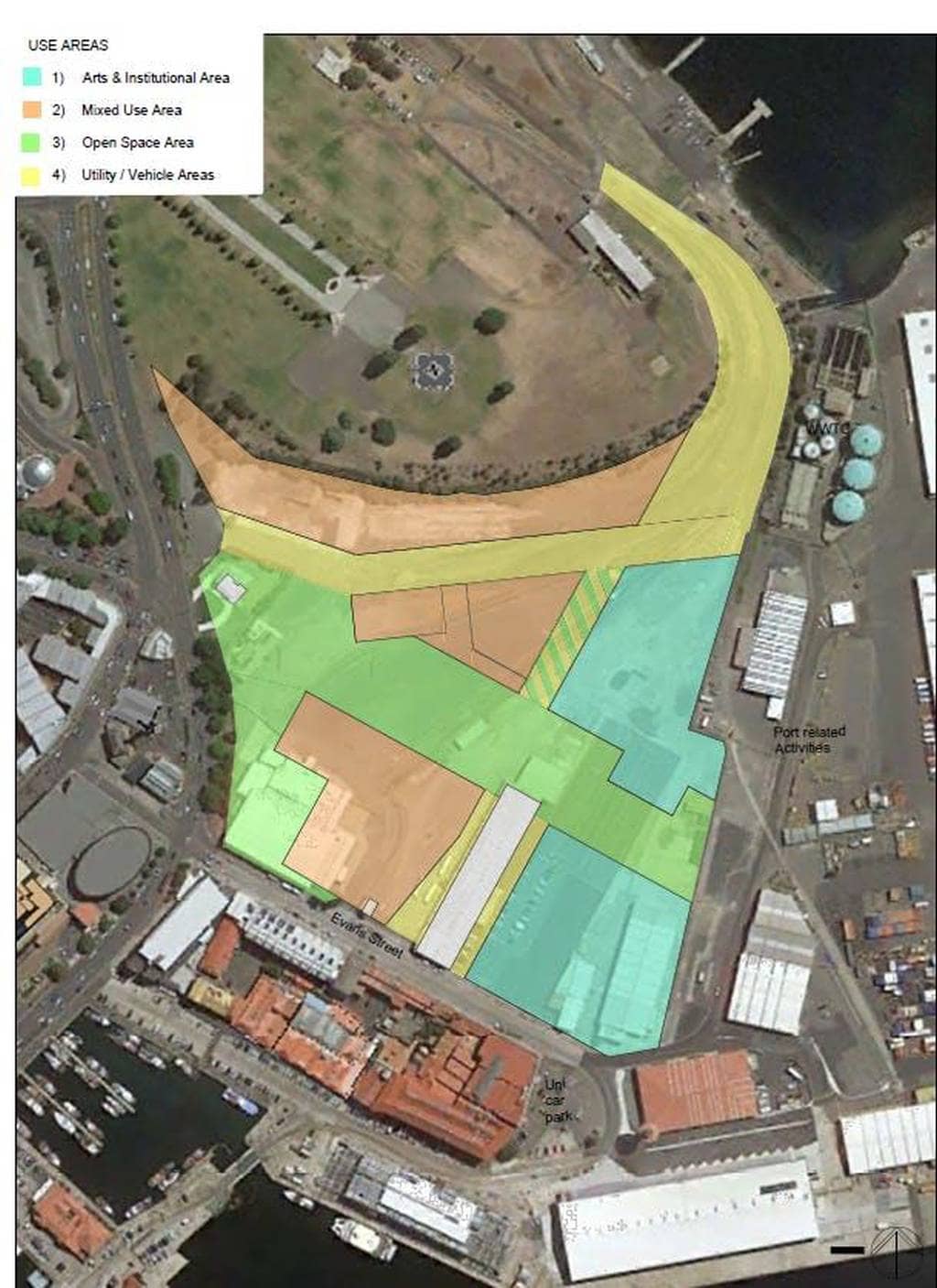 The proponents of Light/Passenger Rail in Hobart say they’re battling to get a sensible response on the future rail corridor through the Macquarie Point redevelopment site.

Mr Johnston says, “I understand the MPDC is committed to protecting a ‘rail corridor’, however in the absence of any detail I remain concerned its proposed corridor seems to be unsuitable for trains”.

“I am mystified the MPDC is constructing a cycleway on what was the rail corridor, with apparently no detailed plans for a future rail corridor. Macquarie Point is a blank slate; there is no excuse for ‘stuffing up’ rail access to our capital”.

 No direct reference to rail or a rail corridor on the Master Plan (above)
 The utility/vehicle corridor is directed toward the ABC, rather than the CBD (rail vehicles cannot make a sharp turn)
 Numerous requests for assurance on rail corridor curvature (100 m minimum radius) and gradient (2.5% maximum) have gone unanswered

The Hobart Northern Suburbs Rail Action Group Inc. was formed to facilitate the establishment of a passenger rail service as the centrepiece of an integrated transport network and preservation of the rail corridor between Hobart and Brighton for rail services.

In January this year then Infrastructure Minister Rene Hidding said the Government would pull out all stops to get it built. The Minister said, “I can see the first rail carriages on this line within five years”.