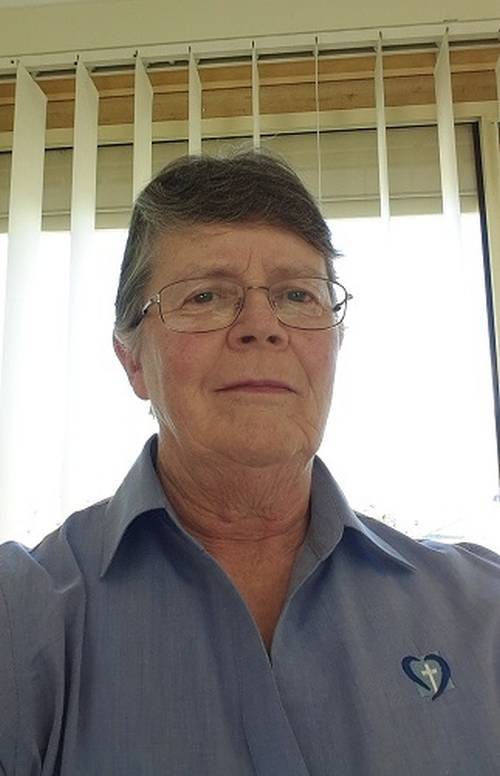 The familiar friendly face that pops into your room at St John’s hospital on a Friday for the last three years is that of Chris Knight. Chris is best known for organising games for patients. Each Friday and Saturday you can find her in room 63 ready to instruct in dominos, playing cards or a spot of trivia. If you aren’t one for game participation you might join Chris for a cuppa and a chat.

Volunteering has always been part of Chris’s life. It’s in her genes as her grandmother was very much involved in community art and craft. Chris is a long time volunteer from scouts and guides to one on one visitations to those in aged care.

Though volunteering might seem a very selfless occupation Chris reminds me that for her it has been a great benefit, she sees it as an activity that has enlarged her social network and garnered her many friendships.

Chris’s paid employment included working as a bank clerk, a primary school teacher and shortly before retirement, Chris worked in childcare. The love of games in educating youngsters was a major factor in her deciding her volunteer activities might be provide a similar role in entertainment for patients.

The catalyst that bought her to St John’s evolved out of her love of history and working with young people. Chris had decided to volunteer at TMAG as a guide in the children’s program but discovered that due to loss of funding there was going to be no new uptake of volunteers. Serendipitously the former TMAG Volunteer co-ordinater had since acquired the position of volunteer co-ordinator at Calvary hospital and had requested anyone else enquiring at TMAG for volunteer opportunities could be sent on to Calvary.

Chris spends two days a week at Calvary St Johns as games volunteer and one day a week at Calvary archives, where she puts her historical know how to good use. People like Chris bring some joy into an otherwise stressful time in an unfamiliar environment.