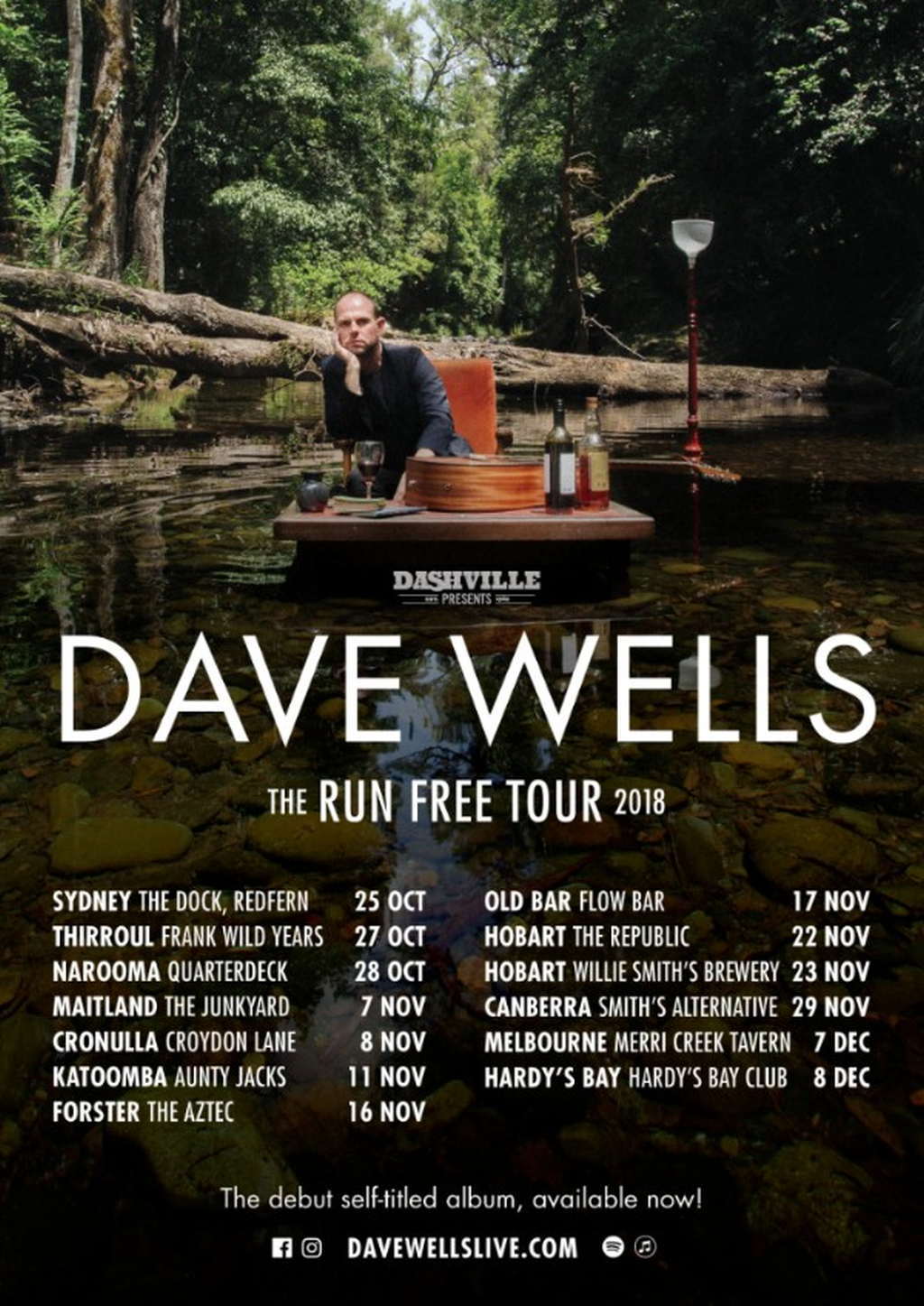 Off the back of his debut self-titled album, Hunter Valley singer songwriter Dave Wells is proud to release the third single from his self-titled LP ‘Aching Hearts’ with an accompanying video and a massive national tour – ‘The Run Free Tour’! Kicking off in Sydney Oct 25 followed by a run of dates across NSW, TAS, ACT & VIC, Wells will perform his ten track self-titled album including melancholic love song ‘Aching Hearts’ to intimate audiences across the country. Watch the video for ‘Aching Hearts’ here.

“I always enjoy the intriguing challenge of making a connection with people through song,” Wells says. “There’s something about the tension in the room, our spirits gather as unsettled strangers, excited yet uneasy, unshackled from our daily storm. Somehow, music can tame this, and collectively we experience something unique and memorable.”

After receiving praises on ABC Local and community radio upon its release, Dave Wells’ self titled album boasts a diverse body of work with indie folk and alt-rock influences, it’s an album in which Wells explores themes of lust, freedom, moral boundaries, desire, self-preservation, jealousy, loss and the cause and effects of love.

With previous singles ‘Run Free’ and ‘Picasso’s Cloud’ quickly becoming crowd favourites, Wells is showing there’s something for all to find and hold onto within his work.