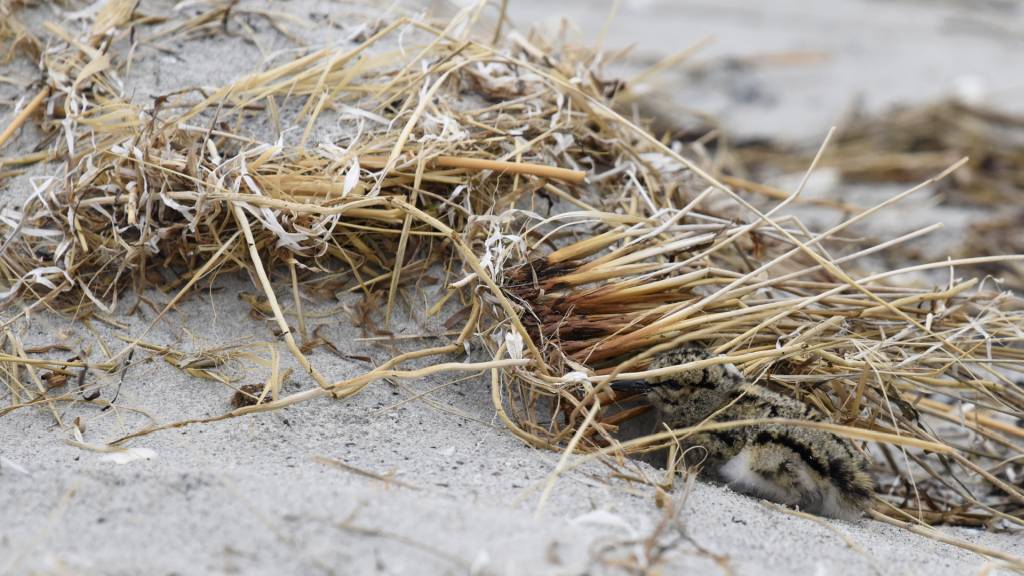 BirdLife Tasmania today reminded beach-goers around the state to not pick up
or remove chicks supposedly ‘abandoned’ by their parents, or appearing to be
‘lost’.

The call followed a number of shorebird chicks being handed to Parks and
Wildlife staff by well-meaning members of the public who had collected the
chicks in the mistaken belief that they needed ‘rescuing’.

“Chicks of shorebirds such as Hooded Plovers and Pied Oystercatchers are
unable to fly until they are between four and seven weeks of age. Until then, they
rely on their camouflage to avoid detection” Dr Eric Woehler, Convenor of
BirdLife Tasmania said today.

“The parents will be wary and close by, alerting their chicks to remain still and
hidden until the perceived danger from the people in the area has passed”.

“When it is safe to do so, the chicks will reunite with their parents”.

For the same reasons, it is critical that people keep their dogs on leads when they
go to beaches where dogs are allowed. “Dogs off lead will easily find chicks
hiding in the vegetation and will often kill chicks – this is something we have seen
too often around Tasmania” Dr Woehler added.

“Beaches are breeding habitat for shorebirds and seabirds, and not picking up,
handling or removing chicks will ensure the birds’ breeding efforts are
successful.”