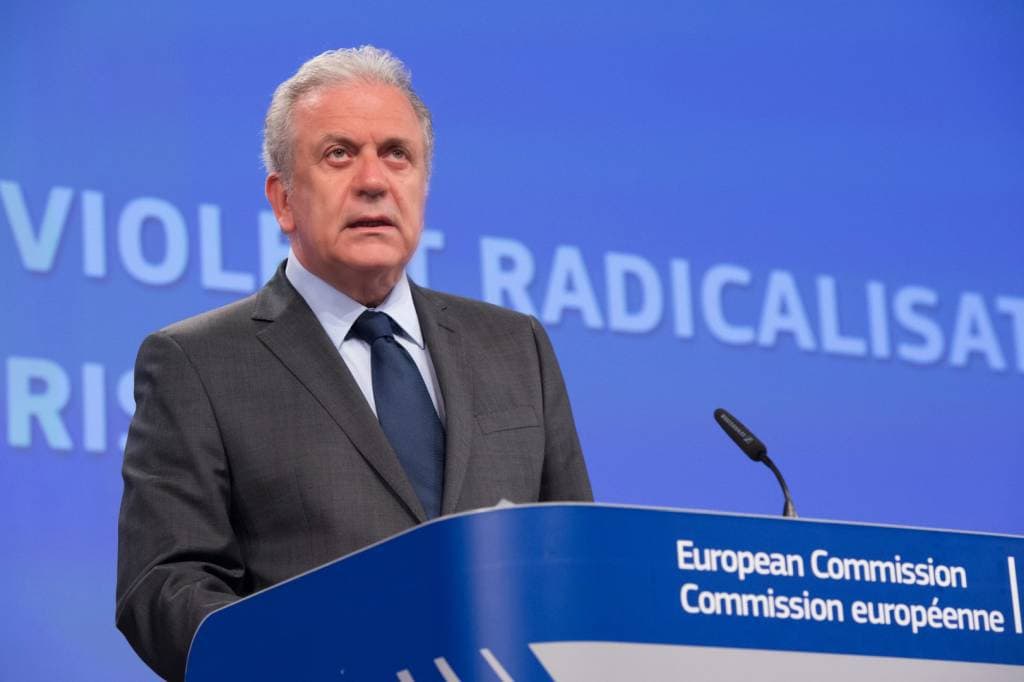 It is a now an all too familiar post-script to each horrifying incident; Australians are invited to believe that violence committed in the name of religion is only about radicals and extremists.

According to this narrative, ‘radicalisation’ is a contagion, caught like a dog infected with the rabies virus that can be controlled by identifying those already infected. But in accepting such rhetoric a deeper truth is allowed to hide in plain sight.

In reality, radicalisation begins with a much more prosaic activity; institutions teaching that their ‘man in the sky’ will provide an afterlife of eternal reward for deeds done in the here and now. Legitimise this and all else follows. Both the good and bad that religion brings depend a great deal on the nature of this pact.

Morph the narrative further with an historical distortion that tells us that the Abrahamic faiths are “religions of peace”, then we have all the ingredients needed for their profoundly dysfunctional relationship with secular Australia.

As a society, we can no longer afford to indulge ourselves and dodge discussing the more foundational assumptions and motivations that underpin religiously inspired violence and bigotry. Nor can institutions predicated upon the unprovable be expected to practically regulate the excesses of those who act from faith and unknowable personal and ‘spiritual’ motivations.

Today, any elected official of our secular democracy who wishes to stand on a public podium and offer a warranty for religious conduct must know that they risk having the albatross of complicity hung around their necks. For they cannot possibly deliver tangible assurances that religions will conform to secular values. In part that’s what makes religion unique; its unwillingness to be constrained by rational and democratic values .

Disturbingly, many Australian politicians have begun to show a lack resolve to defend secular values and reason, yet these are the most important component of Australian pluralism; the very glue that holds our society and civilisation together.

When secular values are diminished, religious extremism can only grow. The former keeps the lid on the latter.

Insulated from a need to keep pace with public values, laws and ethical principles any creed may throw up potentially dangerous cults. There is no rule book forbidding it and no faith is immune. Let’s stop pretending that religions can police personal and collective irrationality when it slips into madness and barbaric excess. History reveals this to be crystal clear.

In Australia, misjudging the difference between tolerance of and acquiescence to religious wants risks providing the fertile seed bed for extremism of many types.

Accordingly it is high time that an honest and rhetoric-free discussion was had where collective responsibility is demanded for all faith-based institutions involved in the promise of a supernatural rewards to susceptible minds – and I do not mean this in a patronising way. Many who are sick or lack a place in a society largely driven by reason are highly susceptible to the idea that the next world will be kinder to them.

Putting secular values a poor second to a right to promote supernatural claims, sometimes in highly parochial and backward-looking institutions, is not the way of Australian multiculturalism nor the stuff of secularism. Instead it is a creeping sell-out brought on by religious ideologues and their apologists who have colonised our civil and democratic institutions.

In one of the oddest relationships in Australia’s political history, religious ideologues of the right have been greatly assisted by the self-censorship of the far-left who have routinely misconstrued tolerance as requiring the abandonment of secular and reasoned principles. They have sought appeasement by magical thinking; that oil and water will mix so long as we believe hard enough that they might want to.

This is the stuff of cultural suicide and it is high time that we wake up to that unpleasant truth – and another.

For we should also recognise that our own Prime Minister is in practice ‘radicalised’ in the same fundamental sense as more violent extremists; his personal ideology being predicated upon belief in a supernatural godhead and reward in an afterlife. This he claims to be a ‘private matter’, whilst killing in the name of religion plays out in the public square.

In the crazy Australian kitchen of pots calling kettles black, our PM demands increased religious freedom whilst simultaneously lambasting religiously-inspired violence that someone, but not he, should take responsibility for.

Would it be the type of responsibility when religious leaders have the horse-sense to confess that much of the savagery and bigotry of the Abrahamic religions is past its use-by date? Or is it the all to familiar version where the religious elite and ‘priest cast’ are empowered to instruct in bronze-age myths in the privacy of their own religious school, communities and temples? Are these the same religious leaders we are to make our appeal to for moderation?

And what of our elected guardians of our secular state? In particular, what is the responsibility of the far political left and right?

Presently, they are a complimentary set of bookends; the religious conservative right propped up by the PC left, who’s appeasement of ‘diversity at all costs’ makes Neville Chamberlain look heroic.

Their merry political jig is far more responsible for the violence we witness than they would want anyone to know. Each ideology has worked in a truly weird symbiosis, giving up on Australia unapologetically asserting its secular principles.

After each killing, religious moderates and hard-liners of all flavours wash their hands of a collective problem that begins with their most fundamental and common assumption. In doing so they have forced secular Australians to pay the price and wait in a deafening silence for an inevitable replay.

Yet a time must be rapidly approaching where secular Australians need to make it clear that they are no longer willing to be offered up for religious sacrifice. Those who need to hear this clearly are truly the most dangerous extremists in our nation; ones who exist on the polar opposite of the Australian political spectrum. It is they who must take responsibility for the consequences flowing from the odd resonance of their ideologies and policies, but most of all, for their dishonest rhetoric that has got in the way of a more useful conversation about the place of religion in a secular society that we should have begun almost two decades ago.

Jack Jolly attended an Anglican school and spent many happy hours of his childhood and young adult life at Pellegrini’s in Melbourne. He has lived and worked in Muslim, Christian, Buddhist and Hindu cultures and while he has no axe to grind with any religion believes that reason, humanism and secularism define essential values that protect all Australians irrespective of their race, colour or creed. He finds it irritating that currently this view needs to be defended.