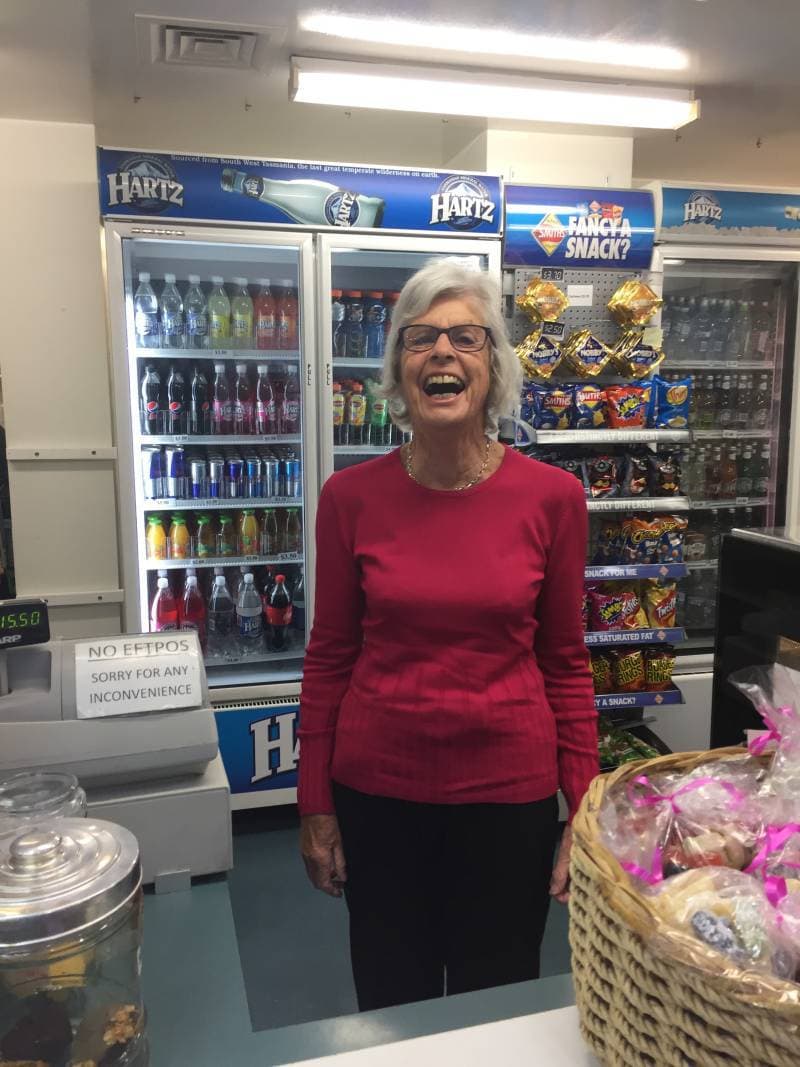 According to Volunteering Tasmania’s State of Volunteering Report 2014, four in five people in Tasmania volunteer. Neryl Holloway is one of them.

Neryl, who is one of four sisters, describes herself as an average but caring person. She’s been married for fifty-seven years, has three children, and “lots of delightful grandchildren!”

Before she retired, Neryl was a nurse at St. John’s Hospital. This indirectly led to her becoming a volunteer at the Royal Hobart Hospital.

“Sheila is now eighty-three, and she works virtually every day at the kiosk at the Royal Hobart Hospital. She works every day because they’re short staffed.”

It was through Sheila that Neryl became a volunteer at the kiosk. She’s been there for three years now.

“I wheel the trolley around weekly,” she explains. “But I also do the kiosk as rostered.”

Reflecting on how nursing (as well as the hospital environment in general) has changed over time, Neryl said that nurses are better educated nowadays.

Neryl has received recognition as a volunteer in a sense. The volunteer coordinator at the hospital, Marion Cooper, organises occasional dinners at the Sandy Bay Boat Club for all the volunteers, as well as friends from Rotary and the like.

“Marion doesn’t have to do that,” she says. “But she’s a lovely lady.”

In Neryl’s mind, to be a volunteer means you’re giving back to the community.

“It’s also nice to do something and not get paid for it,” she explains. “I just enjoy it.”

“Volunteering is important for me because it keeps my mind active. And then there’s the social aspect of it, which I like as well. It’s so important.”