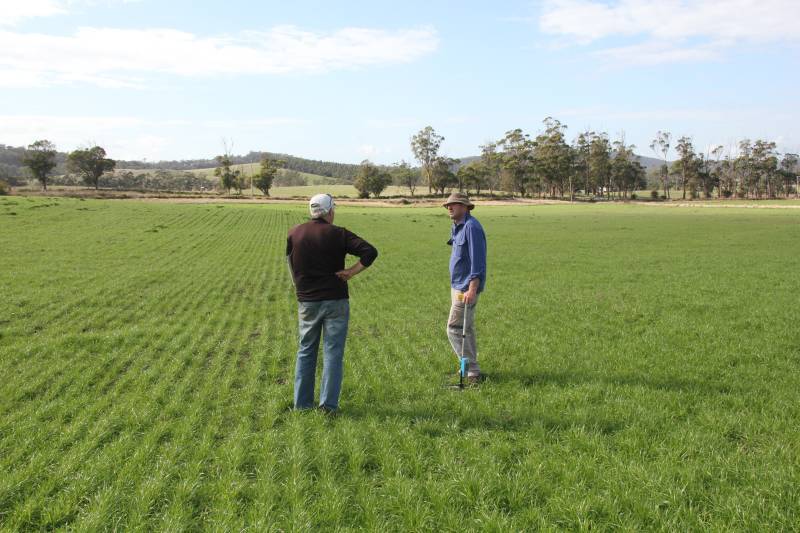 With an estimated 50,000 hectares of quality grazing land in the Tamar Valley, an average increase of 1DSE/ha pasture production equates to an added return of $2,000,000 to the region.

That’s the message to producers from a Tamar NRM pasture demonstration project funded by Meat and Livestock Australia (MLA). Just how producers can lift their production will be the topic of discussion at a field day at “Springmere” Beaconsfield on Thursday 1st November.

The Chairman of the Tamar Valley ag-focused technical working group formed to drive the project, Piper’s Brook farmer, Mr Ian Sauer, said “A key to success for meat producers is growing good pasture, but so is pasture utilization. The renovated demonstration paddocks at Springmere are producing well above target expectations to create a 10% red meat increase, and producers will have an opportunity to see this for themselves at the field day”.

Ben and Louisa Hooper’s “Springmere” farm which runs 2,600 ewes and lambs on a production area of 336ha is the location for the field day. Ben says “This pasture demonstration is clearly showing us the enormous potential this property has to increase production”.

The Beaconsfield property is one of three across the Tamar Valley participating in a 3 year project funded by MLA. The goal is to present via demonstration, that new pasture species/cultivars and associated grazing management practices will increase the profitability of the red meat supply chain by at least 10%.