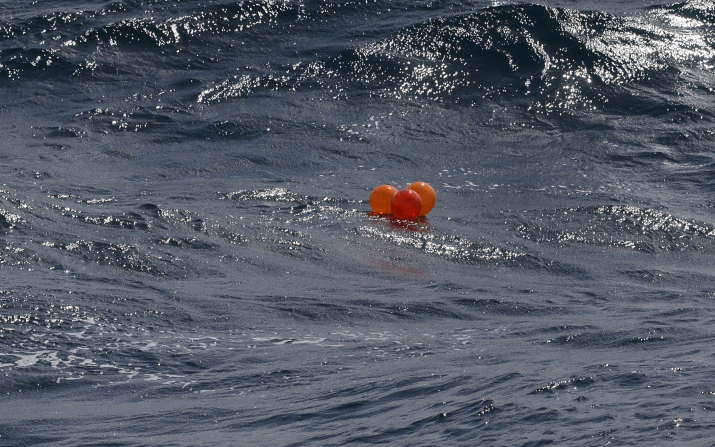 Inflated party balloons seen more than 250km off the NSW coast shocked
scientists on board the CSIRO research vessel Investigator. Two separate
clusters of balloons were observed far from land around noon on Sunday 16
September while the ship was on a voyage to study ocean productivity.
Dr Eric Woehler, Convenor of BirdLife Tasmania and leader of a seabird
observer team on board Investigator said that the balloons were spotted in an
area where several species of seabirds, had been observed less than an hour
earlier, including albatrosses and petrels.
“When these balloons burst, the pieces float on the surface where they may
be eaten by seabirds mistakenly identifying them as food items” Dr Woehler
added.
“Plastic ingestion is a global conservation issue for seabirds, and the
presence of these balloons so far from land shows how easily our actions can
adversely affect seabirds and other marine life far from land”.
“While balloons provide short-term enjoyment for people, their release has
the potential for long-term impacts on marine environments” Dr Woehler
added. “Balloons should be disposed of appropriately, and should never be
released into the environment.”
“It’s only a simple change in behaviour but it can greatly reduce our global
impact on seabirds and other marine animals.”