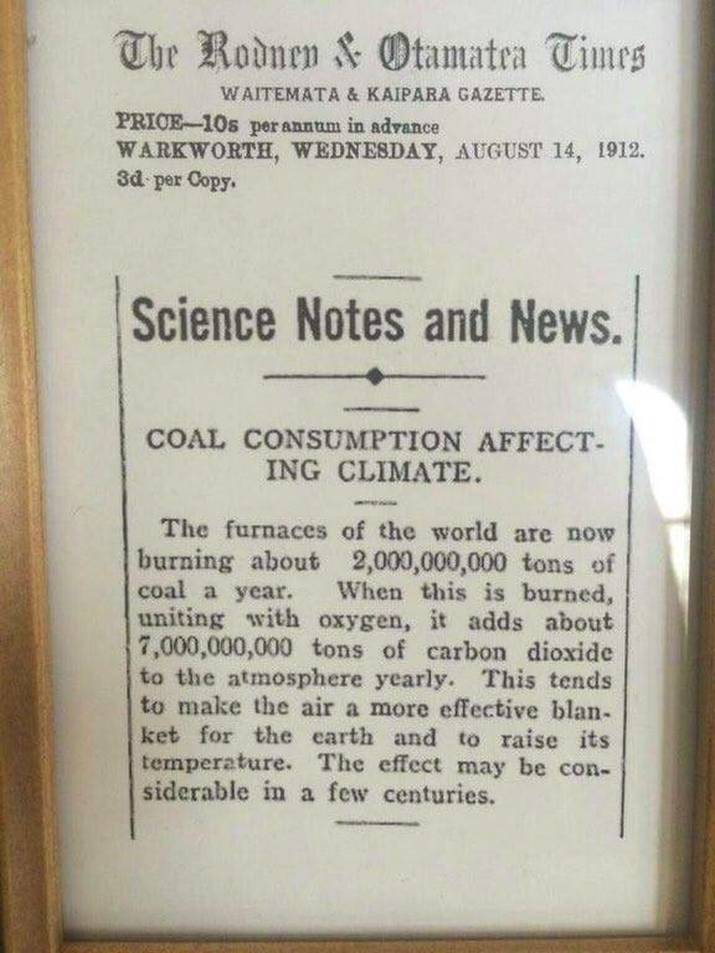 We were warned about Climate Change in 1912.