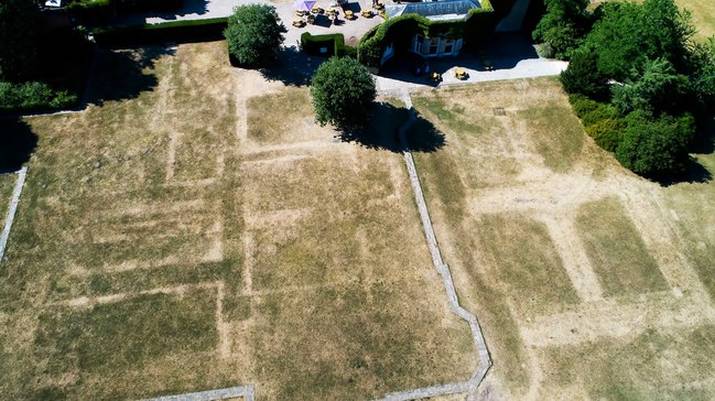 *Pic: Paul Hancock / The National Trust: Parch marks at Clumber Park, in Nottinghamshire, where the shape of a vanished mansion—complete with internal corridors and a sundial in the garden—reappeared in July.

The UK is experiencing its driest summer in fifty-seven years. It’s not been great.

A British summer is usually a doubtful, fleeting thing. Sunshine and heat arrive in bursts from June until September, as if you were walking down a green-shaded path with occasional breaks in the canopy.

When the sun does come out—during Wimbledon, say, or for a spell in August—British people go reliably mad, take their tops off, and barbecue frantically for a few days, until the skies cloud over again.