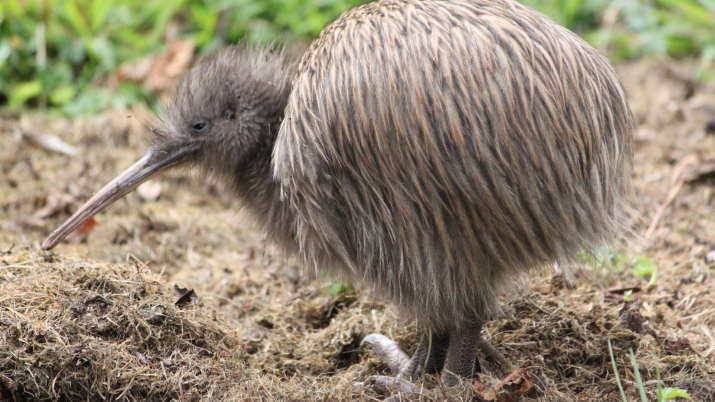 New Zealand’s Department of Conservation is almost certainly killing kiwi with its controversial 1080 poison drops says a hunting and conservation group, the Sporting Hunters’ Outdoor Trust. The department aerially top-dresses public lands and national parks with 1080 under the guise of predator control aimed to kill rats and the Australian marsupial possums. Recently the department changed justifying its reason for using the poison from rats and herbivore possum to blaming dogs on the North Island’s scenic Coromandel Peninsula.

But the department has been challenged by the Sporting Hunters Outdoor Trust on credibility grounds.

Sparking the latest criticism of the department’s use of 1080 was a comments from the Department of Conservation’s Threatened Species Ambassador Nicola Toki that dogs are to blame for the decline in kiwi numbers on the Coromandel Peninsula. But the trust said while some dogs may from time to time kill kiwi, many more were being killed directly by the toxin or indirectly through secondary poison when an invertebrate such as worms were dying from the slow acting poison. In addition the toxin was killing inverterbrate food of the kiwi.

The trust’s spokesman Laurie Collins of West Coast said Nicola Toki on TV One’s breakfast show blamed dogs but failed to mention that the ecosystem poison 1080 had been dropped over most of the Coromandel by the Department of Conservation.”

“Nicola Toki doesn’t seem to understand or perhaps even know that 1080 was developed in the 1920s as an insecticide,” he said. “It therefore kills invertebrates such as worms and cicada larvae which form a major part of the kiwi’s food. Diminish the food supply and you diminish the number of kiwi. It’s so basic. Our national icon is being both killed and starved to death.”

Laurie Collins said kiwi lived in a range of habitats, from mountain slopes to exotic pine forests, and kiwi diet could vary.

“However most of their food is invertebrates particularly native worms. Luckily for kiwi, New Zealand is rich in worms, with 178 native species. Cicada larva are favoured too. But since 1080 is an insecticide it will understandably severely reduce cicada and larva worm numbers.”

It had been acknowledged that the kiwi’s diet was closely related to its breeding success as the birds needed to build up large reserves to get through the breeding season.

While the occasional “rogue” dog or household pet taken for a walk might savage a kiwi, far greater kiwi losses were likely to occur from kiwi ingesting 1080 and more particularly from poor breeding due to depleted food supply lessened by 1080 killing invertebrate kiwi food sources.

Laurie Collins said the research was there but DoC ignored it because its obsession with spreading 1080 from the Government’s SOE supplying the poison.

In the mid-1990s government entomologist scientist Mike Meads after a research study after 1080 had been dropped, predicted that “continued 1080 airdrops over New Zealand forests would destroy much of the food supply of ground eating birds like the kiwi.”

Scientist Mike Meads warned that because 1080 wiped out many leaf-consuming insects and micro-organisms, the litter failed to properly decompose and built up at an alarming rate.

He was quoted as saying there was already an amazing leaf build-up in some lowland forests because without the organisms, after 1080 aerial drops, the leaf litter was not decomposing. Complicating the matter was the unusually long life cycle of many forest invertebrates, e.g. cicada has a 17 year life cycle, weta two years. One air drop of 1080 can wipe out 17 generations of cicada larvae and they and wetas were important in the kiwi’s diet.

Mike Meads warned “widespread aerial distribution can only have serious long term effects on forests and forest life with enormous risk of destroying the ecosystem.”

“But DoC did not want to know that so they pilloried Mike Meads, and dumped his research,’ said Laurie Collins. “Since 1994 and Mike Meads work, the kiwi and its food supply have suffered numerous poison drops.”