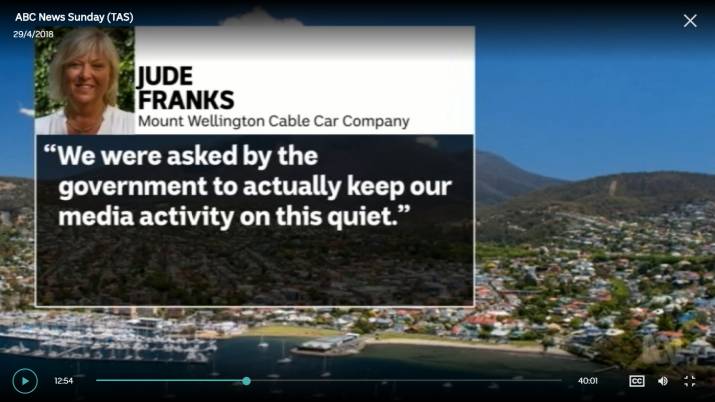 The Mount Wellington cable car proponents are vowing to push on, after the Hobart City Council voted to deny the controversial proposal access to council-owned public land.

Aldermen voted seven to four in support of a Parks and Recreation Committee decision blocking the use of council land for the project on kunanyi/Mount Wellington.

Mount Wellington Cableway Company (MWCC) chairwoman Jude Franks said the decision would not stop it being built, and the company would continue to push ahead with a development application.

“The decision is a setback, but what do we really expect in the scheme of things,” she said.

“Our plan is to continue with the ministerial authority, progressing with that, and getting in front of the Council. Between here and October there’s a lot that can happen.”

• Greens: Hodgman refuses to Rule Out Further Support for Cable Car In Parliament today, the Premier refused to rule out further tangible support for the proposed cable car. Over the past five years in government, the Liberals have done everything possible to get a cable car across the Organ Pipes to the summit of kunanyi …