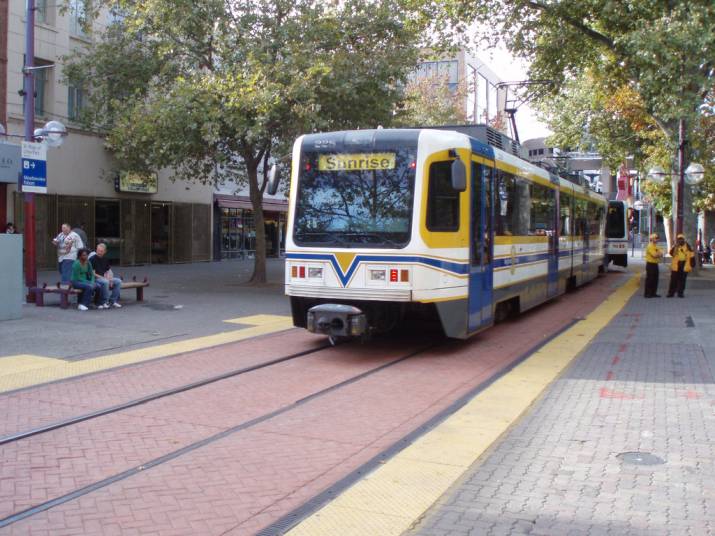 160 people packed into Town Hall last night for a lively Q&A debate on Hobart’s future and its transport systems.

Tasmanian Minister for State Growth and Treasurer Peter Gutwein suggested the City Deal is the launch pad for capital for such rail projects and we need three levels of government to agree to make such a thing happen.

Glenorchy Mayor Kristie Johnston said, “the rail transit project would be a game changer for Glenorchy, unlocking land for high value and high density developments and overcoming transport disadvantage experienced by many in my city.”

Professor Peter Newman said, “Don’t wait as you have done lots of plans, doing more should not replace the need for action. You need to make a start and capitalise on elections which this time looks like a wonderful opportunity as you have the unprecedented support for Hobart Light Rail from the Prime Minister. Given the existence of the Northern Suburbs rail line it’s a very logical place to start a long overdue upgrading of Hobart’s public transport and to build much needed housing at the same time”.

Professor Peter Newman is the Professor of Sustainability at Curtin University in Perth, Western Australia. He has an impressive background in helping rail projects transform cities away from car dependency.

He has written 20 books and over 340 papers on sustainable cities. In 2014 he was awarded an Order of Australia for his contributions to urban design and sustainable transport.

He is a Co-ordinating Lead Author for the IPCC on Transport and his latest book is Resilient Cities: Overcoming Fossil Fuel Dependence.

Peter grew up in Hobart, back in a time when Hobart had trains and no traffic congestion. In Western Australia he saved Perth’s passenger rail network, and has been instrumental in its expansion including the successful Northern Suburbs and Southern Suburbs Lines.