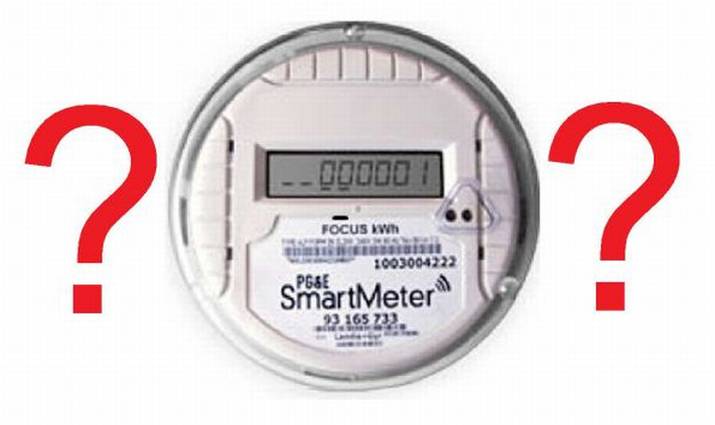 22 August: Smart Cities: What you need to know ( https://yoursay.hobartcity.com.au/smart-city/news_feed/smart-cities-forum-the-art-of-possible-15-august1)

The topic on the 22nd was Smart Cities: What you need to know. The presenters each gave a positive vision of the planned smart future for Hobart, one even suggesting that Hobart’s qualities as a pleasant city to live in was best protected by building a smart city.The Internet of Things (IoT) was mentioned as an integral part of our future life. The only risk factors covered were in relation to people’s privacy and their data collection, how data was used and the possibility of misuse such as by hacking, etc. The ’ take-home’ message for the audience at the forum was that the smart cities concept was a necessary future if the city wished to stay in tune with the coming IoT future. Other than the issue of data security and privacy concerns, it seemed that the smart city concept was a relatively unproblematical bright future.

All very interesting but, for a public meeting claiming to inform the attendees what they “needed to know”, it was woefully inadequate in relation to so called risk factors and how the technology works, or doesn’t.

* No mention was made that the smart city strategy necessitates the roll-out of 5G, using millimetre waves which will require the erection of many hundreds of special 5G antennas needed both externally and internally in buildings throughout the city.

* No mention was made that these antennas have the potential to significantly increase exposure levels and antenna exclusion zones. According to Ericsson, the increased size of the exclusion zone for 5G antennas makes the “5G network roll-out a major problem or impossible”.
Reference: https://www.itu.int/en/ITU-T/Workshops-and-Seminars/20171205/Documents/S3_Christer_Tornevik.pdf

* No mention was made that smart city 5G millimetre waves can be disrupted or blocked by trees and foliage especially after rain. This creates a problem for tree lined streets where residents may have to decide which is more important to them. Having a pleasant green environment or being able to download movies in seconds. Will the Hobart city council have to start removing offending trees in order to have its future smart city?
See: https://www.thesun.co.uk/news/5838497/5g-phone-system-reception-problems-trees/


The problem of trees has not escaped Telstra’s notice. To quote: Telstra is also funding research into whether uniquely Australian obstacles – including flora – will disrupt 5G signals, which occupy a higher frequency and don’t travel as far as other mobile signals. “Something that seems to be unique to Australia, and we found with earlier standards, is how gumtrees impact those radio signals and the way they get from the radio tower to the end user,” Mr Wright said.
https://www.smh.com.au/business/telstra-pushes-for-5g-that-works-in-australia-20170109-gto0gz.html.

* No mention was made of the many concerns by scientists on the possible adverse biological effects on millimeter waves.

Consider: In a recent scientific conference by the Australian Radiation Protection and Nuclear Safety Agency two expert presentations gave reason to pause in the rapid roll out of 5G millimetre waves. The first was by Dr. Dariusz Leszczynski, adjunct professor of biochemistry, University of Helsinki, Finland and chief editor of Frontiers in Radiation & Health, Lausanne, Switzerland. In his presentation, titled: 5G Millimetre-Waves Health & Environment, Leszczynski examined the serious limitations of biomedical research on millimetre waves but from what studies that are available, it should cause great concern. He specifically called for the urgent need for research on 5G millimetre waves because of the rapidly ongoing deployment of 5G technology.
Reference: https://betweenrockandhardplace.files.wordpress.com/2018/05/leszczynski-emerg-at-arpansa-may-8-2018.jpg
Also see: https://betweenrockandhardplace.files.wordpress.com/2018/05/leszczynski-5g-mmw-at-aocrp5-may-22-2018.jpg
Also see: https://betweenrockandhardplace.files.wordpress.com/2018/07/leszczynski-report-from-the-aocrp-5.pdf

The other presentation was by Dr. Andrew Wood, School of Health Sciences, Swinburne University of Technology, Melbourne. Titled, What is the current status of research on mm-Wave frequencies, Wood summarised his presentation (in part) as thus:

* Skin and eyes are regions of concern in regard to 5G frequencies (6-60 GHZ) and beyond
* Could be resonant enhancement absorption due to skin structures
Reference: https://betweenrockandhardplace.files.wordpress.com/2018/06/emerg_may18_wood_wide_no-pics.pptx

These concerns are reflected in a published review paper: Towards 5G communication systems: Are there health implications? by Dr. Agostino Di Ciaula,from the Division of Internal Medicine, Hospital of Bisceglie (ASL BAT), Bisceglie, Italy and member of the International Society of Doctors for Environment (ISDE), Arezzo, Italy. Abstract:

The spread of radiofrequency electromagnetic fields (RF-EMF) is rising and health effects are still under investigation. RF-EMF promote oxidative stress, a condition involved in cancer onset, in several acute and chronic diseases and in vascular homeostasis. Although some evidences are still controversial, the WHO IARC classified RF-EMF as “possible carcinogenic to humans”, and more recent studies suggested reproductive, metabolic and neurologic effects of RF-EMF, which are also able to alter bacterial antibiotic resistance. In this evolving scenario, although the biological effects of 5G communication systems are very scarcely investigated, an international action plan for the development of 5G networks has started, with a forthcoming increment in devices and density of small cells, and with the future use of millimeter waves (MMW). Preliminary observations showed that MMW increase skin temperature, alter gene expression, promote cellular proliferation and synthesis of proteins linked with oxidative stress, inflammatory and metabolic processes, could generate ocular damages, affect neuro-muscular dynamics. Further studies are needed to better and independently explore the health effects of RF-EMF in general and of MMW in particular. However, available findings seem sufficient to demonstrate the existence of biomedical effects, to invoke the precautionary principle, to define exposed subjects as potentially vulnerable and to revise existing limits. An adequate knowledge of pathophysiological mechanisms linking RF-EMF exposure to health risk should also be useful in the current clinical practice, in particular in consideration of evidences pointing to extrinsic factors as heavy contributors to cancer risk and to the progressive epidemiological growth of noncommunicable diseases.
Reference: https://www.sciencedirect.com/science/article/pii/S1438463917308143#!

So, what are the Hobart city councillors to make of all this? Are they even aware of the scientific concerns? What will their Telstra advisors say in regard to these concerns when they speak at the next public forum on 29 August? Is it all just the worries of uninformed academic Luddites afraid of new technology? – Or is it very valid scientific concerns that are being ignored by hired experts promoting a new and inadequately researched technology?

An unfortunate scenario is now being played out throughout Australia. Local governments, understandably wishing to keep abreast of technological innovations, are hiring pro-industry experts to inform them of the facts. Is it really smart that they are turning to expert advisors who are promoting the technology and ignoring inconvenient evidence because it is a risk for their favoured industry?

Doesn’t look like a very smart city strategy to me …

*Don Maisch has been involved in telecommunications standard setting since the early 1990s and was a member of the Standards Australia Committee setting exposure standards for electromagnetic fields which served as the basis for his thesis. His PhD thesis examined industry influence and bias in telecommunications health risk assessment. He is the author of a book chapter (Chapter 16: Spin In The Antipodes) on industry influence in Australian expert science committees. Recommend reading is “Corporate Ties That Bind: An Examination of Corporate Manipulation and Vested Interest in Public Health” See: https://www.counterpunch.org/2017/10/06/the-corporate-assault-on-science/ One of his other interests is examining draconian US tax laws that have been accepted in an IGA by the former Abbott government and how they affect the financial future of expat Americans lining in Australia.