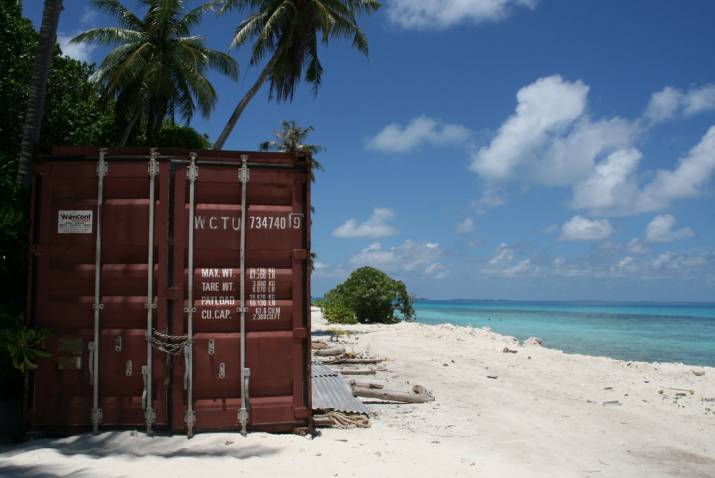 What does Tasmanian Greens leader Cassy O’Connor and Australia First Party leader, Jim Saleam have in common? It’s a question that is unlikely to pop up in any trivia night, but then what they say is by no means trivial. They very nearly share a point of convergence in a vigorous, and highly questionable anti-Chinese rhetoric.

Tensions have risen on Tasmania’s quiet and sleepy East Coast with a planned tourist development (Cambria Green) to be funded, in part, by Chinese interests. No development in Tasmania can be countenanced without interminable and heated debate.

Those opposed to the Cambria Green development have claimed that it will be an exclusive Chinese enclave. Its backers have denied this, stating categorically that the envisaged development will be open to all and open for all, regardless of ethnicity. If we might leave aside the pros and cons of the proposed operation, we are left with some rather tasteless claims and statements.

Australia First and Jim Saleam is more than content to wear the racist badge. A post on their website opens with the headline “Tasmania’s ‘Cambria Green’ plans for a mega hospice for retiring Chinese to fly-in, shoot swans and die.” We need not go further into the substance of the piece. The tone has already been set.

Cassie O’Connor’s response, while subtler in form and style, still left little doubt as to how the Tasmanian Greens regard any relationship with China. “There has been an unprecedented surge in money coming in from businesses that are closely linked to the Chinese communist government … We will not be the useful idiots for the Chinese Communist Party.”

Unfortunately, debate has been brought to a rather low ebb. Saleam and O’Connor are just two voices among so many. There is a disturbing irrationality, that appears to be almost contagious, that Chinese foreign investment is inherently dangerous. It seems impossible to separate normal capitalist business from ethnicity.

Yes, China, is an authoritarian and repressive state, whose human rights record and its treatment of workers is lamentable. It is a regime that deserves no support. This is, however, less central to the arguments that have come to dominate debate. It has increasingly become simply anti-Chinese, and simply ignores the obvious truth that capitalism is capitalism, stripped bare of nationality.

Economics, whether we care to admit it or not, dominates our political and social world. We may live within national borders, but the economy does not and has not for a very long time.

We live in a world that is integrated and capitalist. There is a widely held feeling that there was once a simpler, more productive, uncomplicated way of life. If it weren’t for globalisation, then we would be living an idyllic lifestyle. While it is a pleasant image, it was probably never really the case. Booms turn to bust and boom again. Prices rise, and fall, and the population lives with the consequences. As the world economy has changed, so too have local economies.

Historically, capital quickly discovered that expansion was a necessity. You either grew or were devoured by bigger, more successful competitors. The economy began to globalise, almost from day one.

There was one, potential problem, but the state deftly overcame this. Private business and manufacturing were just that – private – but the people were encouraged to regard the economy as being ‘their’ economy, a public asset rather than a set of privately owned enterprises.

As businesses expanded and crossed borders, they began to integrate their relationships. It has become difficult to discern just who owns what. Is it a British, or American, or Australian, or Chinese company? This allows for the entry into the political arena of a re-energised nationalist reaction to the global development of the economy. Not surprisingly a state of fear of something lost is felt and this is exploited by demagogues and populists.

The call to economic nationalism, to protectionist policies, to ‘buying back the farm’, all tap into these fears. Calls to make America, or Britain, or Australia ‘great again’ have an emotional appeal but cannot stop the inevitable growth and integration of the global economy. Once it seemed conceivable that a local or national economy might survive and stand apart from an encroaching world economy. It seemed conceivable, but it never was.

Well-meaning but naïve figures such as Dick Smith tried and failed to build economic and business structures that remained entirely local, but to survive, let alone thrive in a globalised capitalist economy, it is necessary to compete and to raise the required capital to remain competitive. This ultimately means foreign investment. The rhetoric of nationalism regards this as anathema and yet there is no alternative, given the profit-driven nature of our economic system.

At last count 1318 transnational corporations accounted for 60 per cent of global wealth with the most powerful 147 of these corporations controlling 40 per cent of the total global output and wealth. Fifty-one per cent of the biggest ‘economies’ in the world are individual corporations. We increasingly work in the global economy, consume goods produced by the global economy, but live in local communities and in nation-states and have allegiances to local and national institutions. It is in this contradiction that problems arise, that demagogues emerge and find willing audiences.

The effects of globalisation are being felt across all societies and states. We see stagnating profits, a concentration of profit into fewer hands, decreasing wages share, and social and political fragmentation that is affecting developed and developing states alike. Inequality has risen sharply. Social cohesion has weakened.

Two opposing ideas remain. On the one hand is the drive to globalisation and free trade. On the other is economic nationalism and protectionism. Free trade has provided little by way of real benefits and has given rise to greater inequality. Protectionism, too, offers little as states compete against each other and come to regard each other as potential enemies. Herein lies the dilemma. Each vision is flawed. What remains clear is that the globalisation of business, the growth and reach of transnational economic interests will continue.

Cambria Green may seem a very long way from the politics and economics of globalisation, but it is closer than we might think.

While capitalism exists then globalisation will continue. Any thought of reforming the system to advantage nation-based economic structures is simply a nostalgic and whimsical notion.

This is not to suggest that an integrated global economic system offers anything of substance or benefit to any of us. This promotes other debates that draw into question how a global economy might be organised to serve the needs of us all – small communities and large.

A fundamental change in the economic order of things is a fearful concept for many. What then do Jim Saleam and Cassie O’Connor have in common? It is a fear of a future that does not include nationalism and capitalism.

*Dr William Briggs has a PhD from Deakin University with special interest in the areas of International Relations, Global Political Economy and Political Theory. He is engaged with Deakin but also lives and works in Hobart.