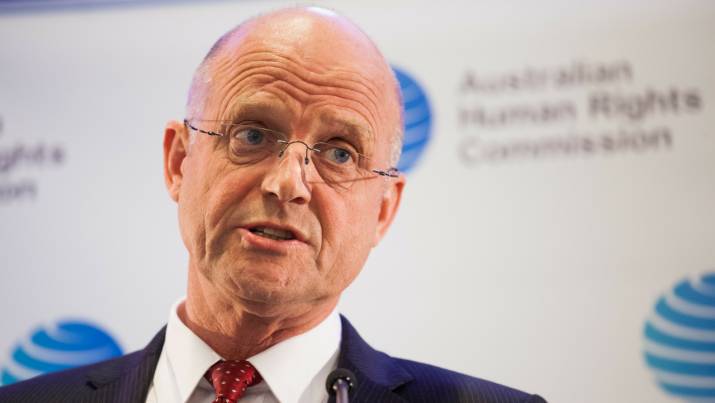 When women are verbally abused, it needs to be called out – whenever it occurs. Sexist bullying in the workplace is never OK, whether a woman works in a factory, an office, or in the Australian Parliament.

Imagine the young girls across the country right now who are looking on at Senator Leyonhjelm’s behaviour and realising that Parliament is not a place for them. Parliament can either respond by endorsing this message, or reject it outright – publicly calling for an apology and making this behaviour unacceptable.

Will you join the call on Parliament to demand Senator David Leyonhjelm withdraw his comments and apologise?

All over the country, every single day, women and gender non-conforming people are subjected to sexist harassment, bullying and violence. In the #MeToo era, silence in the face of sexism unacceptable.

This type of bullying makes it harder for women and gender non-conforming people to excel in their life and work. It serves to degrade them, silence them and isolate them. This is only made worse when they are trying to represent our community in Parliament.

And when the rest of the country is striving to improve the treatment of women in the workplace, and with bipartisan support for a National Plan to Reduce Violence against Women and their Children, Senator Leyonhjelm cannot be allowed to hurl abuse at his colleagues and disregard the basic standards of respect that we all believe in.2

Will you stand for a Parliament conducted with respect, and demand Senator Leyonhjelm apologise for his sexist abuse?

Our elected representatives should demonstrate leadership in our community, not use their position of power to degrade and abuse others. And while Senator Leyonhjelm attempts to defend his behaviour on every media platform he can find, we can create a wave of public pressure to demand all members of Parliament reach across the political divide and take a stand against sexism.

As a movement of people fighting for a more fair, flourishing and just Australia, we have an incredible power to demand a higher standard from the highest offices in the country. If not for the politics of today, at least for the leaders of tomorrow.

Shen and Roj for the GetUp team