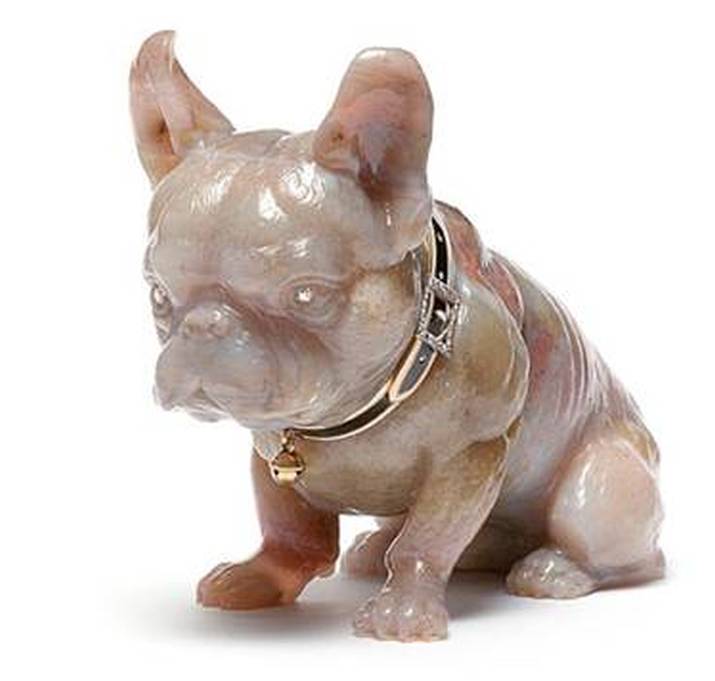 On the night of the 16th July 2018 it will be one hundred years since the Russian royal family was shot, bayoneted or clubbed to death, along with their pet French bulldog Ortipo, by the Bolsheviks under the instructions of Vladimir Lenin at Ekaterinburg.

This act of mindless violence changed the then known world by confirming the power of a new political force, one which was to go on to challenge the established order of nations throughout the 20th century.

The discovery of the burial site in 1979 was made public in 1989. The remains were moved to a family vault in the Peter and Paul Cathedral at St Petersburg in 1998. A smaller grave containing the remains of two of the children was discovered in 2007, and their remains are subject to final identification.

To mark the anniversary of this event I have written an essay in five parts concerning the relationship between French bulldogs, the House of Faberge and he Romanov family to be published weekly in Tasmanian Times.

During the fifty years that I have been in business in Australia I have purchased four important Russian objects created by the House of Faberge:

A hardstone statuette of John Bull from the collection of the late Sir Charles Clore in Geneva at Christies on the 13 November 1985. This now adorns the back of the dust jacket of Kieran McCarthy’s new book Faberge in London. He has cleverly traced an Imperial provenance for this important object purchased by the Emperor Nicholas II in St Petersburg on 12 April 1908 for 600 roubles.This figure was offered for sale by me at the National Trust Lindsay Antique Dealers Fair in Sydney in 1987 for A$80,000. A second example was purchased from the London Branch of Faberge in December 1908 for UK £70 and is now in the Thai Royal Collection.

The Bonbonniere Faberge Easter Egg was purchased after the sale at Christie’s in New York in April 1990 for US$1 million by Koopman Rare Art and J B Hawkins Antiques in partnership. With its original travelling case, surprise and gold stand, this was presented to Barbara Petrovna Kelch by her husband in 1903 and it is one of the few remaining eggs in private hands.

I have recently sold Custer, this hardstone Imperial French bulldog, in its original box and with a long and impeccable provenance.

A jewelled and enamelled hardstone study of a French bulldog by Carl Fabergé.

The dog is naturalistically carved from petrified wood in a seated position, with the dominating head and ears that characterise the breed, wearing a Romanov dog collar enamelled in black and white with yellow gold fittings, fastened by a rose diamond set buckle, each of the collar’s holes set with a rose diamond, mounted with a ring for a lead to the rear and suspending a gold bell, its eyes set with two large old brilliant cut diamonds.

This magnificent object was ordered circa 1908 from Faberge by the Grand Duke Alexi Alexandrovich of Russia (1850 – 1908) fifth child and fourth son of Alexander II of Russia, then living in Paris with his mistress La Balletta.

An extract from the sales ledger of Fabergé’s London branch (illustrated), described the statuette as ‘French Bulldog, petri. wood, tc 23914’; sold on 21st November 1916 to Mrs Mango, an heiress of an Ottoman shipping dynasty whose father had been the Turkish ambassador to St Petersburg, for £90. This was a substantial amount for a Fabergé animal. The largest carving in the Royal Collection, a crow in obsidian and jasper, was bought by Queen Alexandra in 1914 for £75. The study of a Maltese terrier was bought by Leopold de Rothschild on the same day as Mrs Mango acquired her bulldog for £18.

Fabergé a loan exhibition of the works of Carl Fabergé:
Jeweller and Goldsmith to the Imperial Court of Russia,
Wartski, London, 8th to 25th November 1949, no. 126.
Fabergé from Private Collections,
Wartski, London, 1992, no. 40.