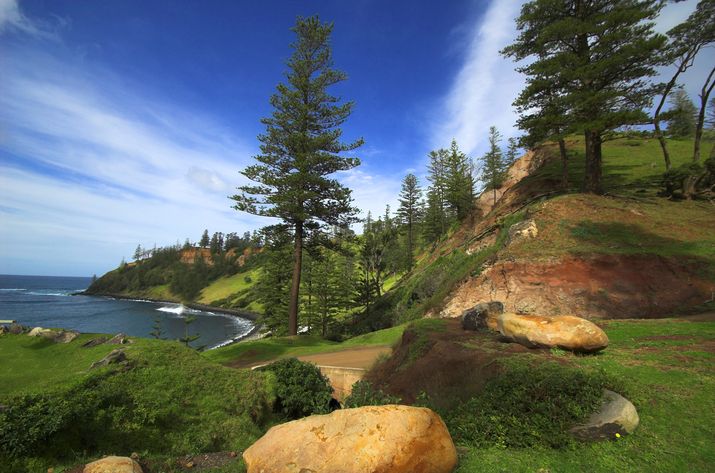 The intervention on Norfolk Island over the last three years by the Commonwealth Department of Infrastructure, Regional Development and Cities’ (DIRDC) is described in a new report (*) as “calamitous”.

It is claimed that:

 the island economy has been reduced to the verge of collapse;

 the previously existent Norfolk Island hospital has been mismanaged;

 Australian taxpayers’ money invested for the island has not always been spent wisely;  many on the island have been alienated by the department’s approach.

Norfolk Island is an external territory of Australia located in the south-west Pacific. From 1979 until 2015 the island enjoyed a degree of self-government but this was terminated in June 2015 by the then Australian Government which abolished the Norfolk Island Legislative Assembly, disbanded the Norfolk Island Government and public service and absorbed Norfolk Island into the Australian taxation and welfare systems. Responsibility for this transition is placed upon the Commonwealth Minister for Territories, with analysis, advice, and management being provided by DIRDC.

Within this on-going crisis on the island is a more immediate one. On 1 July 2018 the Commonwealth intends to impose on the island the full panoply of requirements under the Australian Modern Award System (MAS) for employment. This will deal a further devastating blow to a small island already reeling under the weight of recent impositions – the introduction of Australian taxes, compulsory superannuation, a plethora of NSW-based regulatory requirements, land rating, increasing freight rates, and changes in health services provision. Tourist numbers are also in decline following the withdrawal of direct air services from New Zealand.

Norfolk Island Mayor Robin Adams has pleaded with the Australian Minister for Regional Development, Territories and Local Government, Hon John McVeigh for respite, saying the impositions are “Too much too soon” and explaining “this is a community that has evolved separately of the rest of Australia and it is only in the last two years that the whole raft of legislation from which we have been removed for so long, is coming over the top of us.”

(*) The new report exposes the failures of DIRDC on the island, urges deferral of the MAS introduction until the existing crisis is resolved, and makes recommendations for Ministerial action. Entitled “Norfolk Island’s Major Problem is DIRDC” the report has been prepared by economist and former scientist Dr Chris Nobbs. The report is available for free download from: http://www.norfolkonlinenews.com/norfolk-islands-major-problem-is-dirdc.html