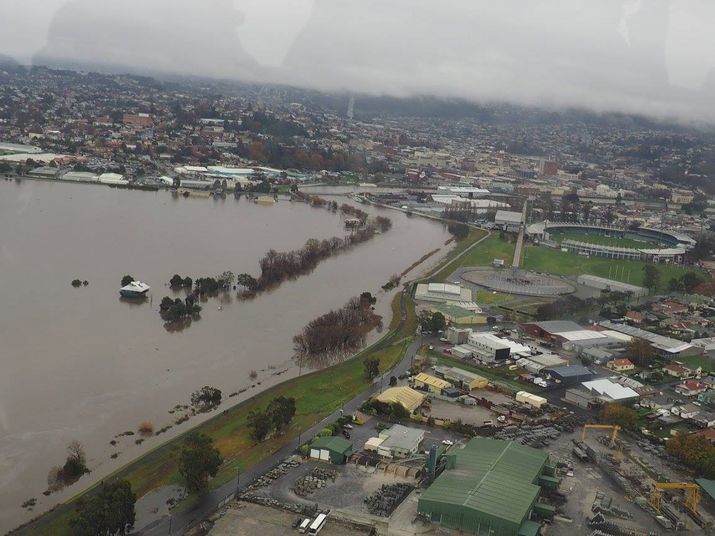 Here in Tasmania we are about to spend more than $500,000,000 of public money moving the UTas campus from Sandy Bay to the centre of Hobart, and in Launceston from Newnham, with its spacious 50 hectare grounds overlooking the river, to the flood-prone, cramped Inveresk. Additionally, the Berejiklian government in NSW is poised to dismantle the iconic Powerhouse Museum.

Additionally, The Berejiklian government in NSW is poised to dismantle the iconic Powerhouse Museum.

As a Life Member and Honorary Associate of the Powerhouse Museum of Applied Arts and Science Museum, I am outraged that this great museum, built and endowed by the people of NSW and which opened just 30 years ago, is to be stripped of its property and facilities and evicted from its purpose-built premises.

All of the papers relating to this act of cultural vandalism are secret.

No credible business case can justify the $1.2 billion cost of ‘moving’ the Powerhouse Museum just 23 km west to Parramatta – for no net increase in cultural facilities. The Powerhouse is not redundant, or surplus to the cultural needs of Sydney.

Since 1893, this museum in Ultimo has anchored an education and creative precinct reaching students across NSW. This role will cease if the Powerhouse is gutted and reduced to a ‘cultural presence’ in its own home. It is incomprehensible that a civilised government would decide to close and evict a major state museum from its fit-for-purpose home, a museum which is so readily accessible to visitors from across Sydney, NSW and the world.

The proposal for an ‘iconic’ new museum at Parramatta may be universally supported – provided it addresses the community’s stated cultural priorities, but no new museum in Parramatta can replace the remarkable spaces of the Powerhouse which are uniquely appropriate for this museum’s internationally significant power, engineering and transport collections.

If this plan proceeds it will mean the break-up of Australia’s only Museum of Applied Arts and Sciences, as established in 1880 and redeveloped in 1988 into a Sulman award-winning museum with state of the art facilities that are the envy of comparable museums around the world.

A great museum cannot be developed in secrecy or haste. The PMA calls on the NSW Government to release all the papers about the planned closure of the Powerhouse, the transfer of its assets and property, the costs and risks of moving the collections, and the community consultations and planning for the Parramatta Museum. That is the minimum due to the people of NSW who own the museum, and the thousands of donors and benefactors who have endowed its collections.

The community does not accept the proposition that the government can’t afford to open a new museum in Parramatta without closing the PHM in Ultimo. The obvious solution is a Smithsonian for NSW, a concept that we endorse. The Smithsonian has never closed one of its museums in the guise of meeting contemporary cultural aspirations, and neither should NSW. Would the UK government close the Victoria & Albert museum to open a new museum at Olympic Park, or close Tate Britain to open Tate Modern?

The Powerhouse Museum has been run into the ground by the Baird/Berejiklian government. Uncertainty around the museum’s future has seen a dramatic collapse in donations to the collection, declining sponsorship, a flight of expert staff and a deficit last year of $10 million.

This has been a profound breach of trust against the museum’s visitors, donors and supporters. Longstanding benefactors have changed their wills. The government has put the endowment of generations of donors to the museum at risk, thereby threatening the lifeblood of any museum – community confidence and philanthropy.

The Powerhouse Museum is an endowment from the people of NSW. It is [i]not[/i] the government’s tradable asset. The least we expect of a civilised government is to pass our endowment intact to the next generation. As one of the richest nations per caput in the world, we sure know how to flaunt it.

Then there is the small matter of pulling down the Olympic stadium at Homebush and the Sydney football stadium at Moore Park. Both are world class facilities for another 2 billion dollars sent straight out the window.

Then the beloved Malcom and his maaaaates attempt to cut the tax not paid by the 50 biggest companies and make sure they crucify Alberici and the ABC for spelling this important matter out.

We continue to elect these brain-dead and beholden fools.

EARLIER on Tasmanian Times, the floods of 2016 …