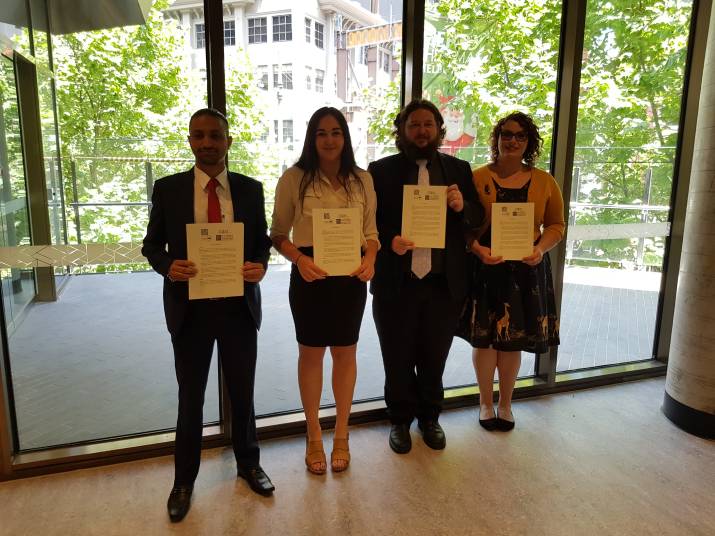 In this historic move, the 4 national student bodies are formally brought together for the first time under an agreement that will heighten student representation and change the way the student voice is heard throughout the higher education sector.

Unique skills and experiences will be brought together from each of the national bodies that will make the student voice in Australia one of the strongest in the world. Now, with the student bodies working in concert on the major issues, the higher education sector will have to face a united front on student issues.

While the Spring Agreement ensures that the student bodies remain independent and able to tackle their own specific work, the agreement provides a strategic avenue for future collaborations that will strengthen student representation nationally.

The timing of this agreement is also significant with more higher education cuts anticipated by the end of the year. The Federal Government will now have to face a united student body if they want to cut equity programs, research or the demand-driven system.

NUS quote
“When a government has spent so long attacking its students and young people, it became inevitable for us to join forces and work together to fight for a high quality, accessible and well-funded education system in Australia,” says NUS President, Sophie Johnston

NATSIPA quote
“The sector has tried to create a divide between undergrads and postgrads, international and domestic students, regional and metropolitan students, students from low SES backgrounds and Indigenous students. Today we put a stop to that. All our student cohorts face similar issues and we will fight for them as a united front. This is a win for Aboriginal and Torres Strait Islander students’ representation and student voices as a whole.” Says NATISPA President Sadie Heckenberg
CISA quote
“The united student voice would be stronger and louder in Australia. CISA is committed to bridging the gap between domestic and international students and this step forward with the other national peak bodies will provide avenues for CISA to raise international student voice louder and clearer with the help of domestic peak bodies and students.” Says CISA President Bijay Sapkota