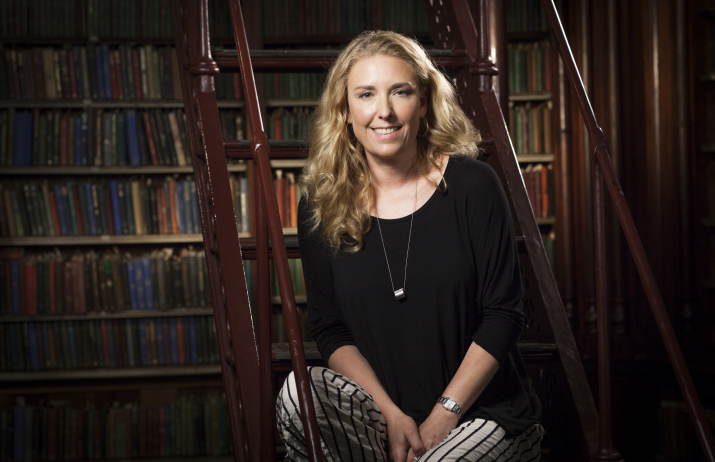 Dark and Dangerous Thoughts (DDT) will comprise a curated showcase of literature, film and ideas that will take place during the festival.

“We’ll be asking her to draw on her wealth of experience as we program some of the more challenging and dangerous ideas being discussed in the twenty-first century. We’ll be looking at a broad range of issues, but it’s unlikely we’ll stray too far from the core themes of fucking and killing.”

Earlier this week, Adelaide Festival announced Laura Kroetsch’s departure from Adelaide Writers’ Week, where she had been director for the past seven years.

“In these dark times, we need to insist on freedom of expression,” Laura Kroetsch said. “I’m thrilled to be joining Dark Mofo, a festival that values independent thinking.”

The first Dark and Dangerous Thoughts program will be announced in April along with the full program.

Dark Mofo is a winter solstice festival based in Tasmania, the southernmost state of Australia.

Created by Mona, the Museum of Old and New Art, Dark Mofo delves into centuries-old rituals to explore the links between ancient and contemporary mythology, humans and nature, religious and secular traditions, darkness and light, and birth, death and renewal.

Since its inception in 2013, the festival has grown to attract more than 420,000 people to events across the city and farther afield, including the nude solstice swim, a seven-night Bacchanalian winter feast, an art park in an abandoned shipping yard, a films program, large-scale light and sound works, and music ranging from doom and drone to orchestral art-pop, ambient and noise, plus late-night events, exhibitions, installations, and more.

Laura Kroetsch is the incoming Program Director for Dark and Dangerous Thoughts, a major event for Dark Mofo 2018. She was appointed Director of Writers’ Week at the Adelaide Festival in 2011. During her seven year tenure she successfully expanded Writers’ Week to include both fiction and non-fiction, oversaw a dynamic site design and extended audience reach. She developed a program for children, introduced a successful Access program and made the event available online through podcasts and live-streaming. Adelaide Writers’ Week attracts 126,000 people over six days.

Laura moved to Adelaide from the New Zealand International Arts Festival where she ran their literary festival Writers & Readers. Over the course of her career she has worked as a bookseller, a freelance writer and editor, and as critic and book reviewer in print, on radio, online and on television.
Rebecca Fitzgibbon, Dark Mofo