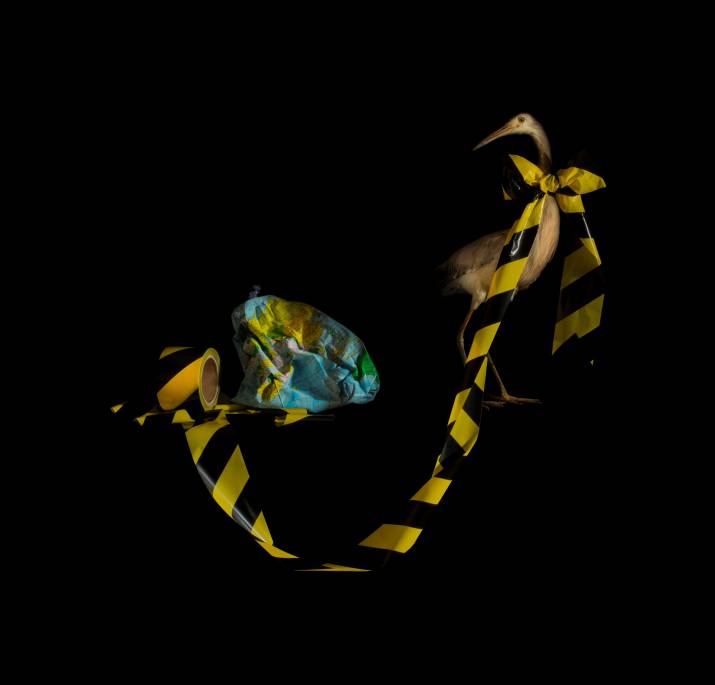 The RACT Insurance Tasmanian Portraiture Prize celebrates its 10th Anniversary this year. Open to artists aged 30 and under, the prize seeks representations of living Tasmanians. It is open to artists working in any media including printmaking, photography, painting, video, drawing and mixed media. The 2017 judges were Angus Trumble, Director of the National Portrait Gallery, Australia, Betty Nolan, Founder & Owner of the Nolan Art Gallery and School and Caleb Clifford, 2016 RACT Insurance Tasmanian Portraiture Prize Award Recipient.

At the launch of the RITPP 10th anniversary, Hobart artist Laura Gillam took out the major award of a $5000 cash prize this year for her oil and acrylic on board titled ‘Worm as Chameleon’, which one of the judges described as a “sophisticated work…. crammed with wit and cleverness”. Ms Gillam’s piece was one of more than 100 entries this year.

The runners up – who were each awarded $2000 to go towards studio rent – were Hobart artists Dexter Rosengrave and Liam James.

The $500 Packer’s Prize went to Devonport artist Rachel Kumar for her biro, oil and watercolour work ‘A Lesson in Patience’.

After opening in Hobart, the Prize travels to Sawtooth ARI in Launceston before heading to Devonport where it will open at the Devonport Regional Gallery on Friday 27 October, 6pm. The exhibition runs until Sunday 3 December. Visitors are encouraged to vote for their favourite artwork and the artist with the most votes will be awarded a $500 prize.

Laura Gillam, Worm as Chameleon, 2017, oil and acrylic on board

The Black Suite: When This You See
Photographs by Angela Casey
The Little Gallery

This new body of work by emerging artist Angela Casey was inspired by the quote ‘When This You See, Think of Me’. Angela Casey works in photomedia and stages her photographs much like early still-life paintings representing objects that communicate sentiments of loss, love and desire. In this exhibition, bright coloured flowers are set against, and within, a still, black space.

The artist will co-facilitate DRG’s after school program Art Spark on Tuesday 14 November. On the same day following this program, she will present a workshop on staged photography for adults.

When This You See, Think of Me, 2017 C Type print. This exhibition features items from the collection at Clarendon, National trust, Tasmania.
Devonport Regional Gallery. First published October 14