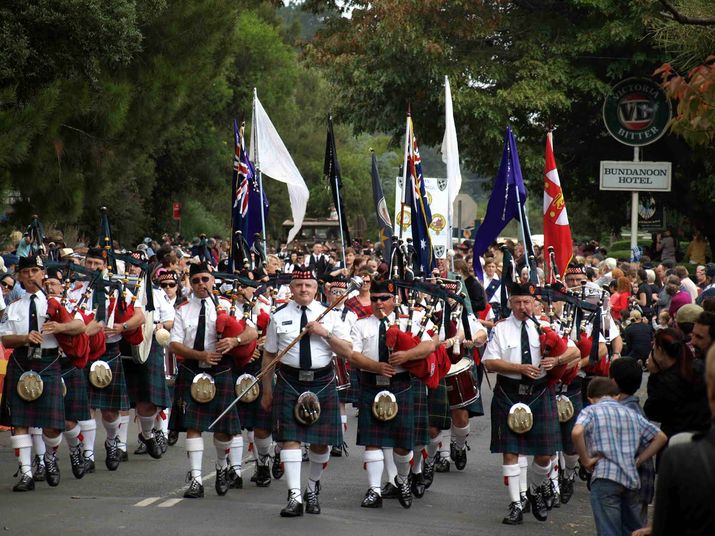 STONES of manhood – who will lift five of these stones weighing from 115kgs to 165kgs in the shortest time? (Roy Truscott)

THE pipes and drums of some twenty-one Scottish bands will lead the Bundanoon is Brigadoon street parade on April 9th and perform on the local oval during the day. (Jeff McGill) 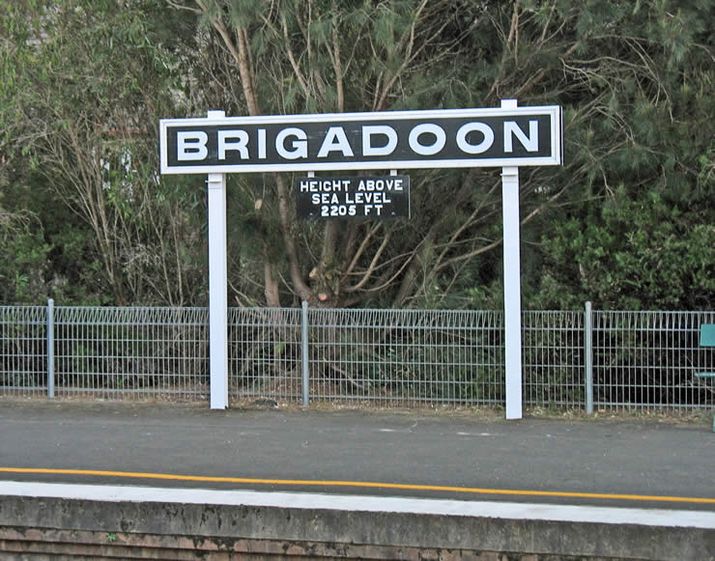 10,000 to visit Bundanoon is Brigadoon

IN his continuing search for the more weird, wacky and wondrous in this world, David Ellis says that when some locals of Scottish descent decided to add a touch of their homeland heritage to the annual Boronia Festival in the little village of Bundanoon in the NSW Southern Highlands back in 1978, they wouldn’t have realised quite what they were starting.

Because today their now-annual Bundanoon Highland Gathering, also dubbed Bundanoon is Brigadoon, is one of the world’s biggest gatherings of all things Scottish – and while the tiny town’s population is still just a little over 2,500, an amazing 10,000-plus visitors will pour in for the 39th kilt-swirling fling on April 9th.

And they won’t be disappointed for there’ll be everything from a colourful street parade including the pipes and drums of an amazing twenty-one Scottish bands. And on the local oval no fewer than 120 food, crafts and souvenir stalls, massed performances by those pipe bands, Highland and Scottish country dancing, fiddler performances, traditional and not-so-traditional Highland games like tossing the half-power-pole caber, and a show by the always popular Southern Highlands Kennel and Obedience Club.

And for the 23rd consecutive year, the strong men of the Tartan Warriors will compete in the lifting of the Bundanoon Stones of Manhood… to see who is the quickest to raise five massive round stones weighing from 115kgs to 165kgs from the ground onto a row of barrels 1.2m high.

For us, however, the interest will be more in the culinary creations from Brigadoon’s many food stalls – delights like Scots pies and fresh-baked Highlands biscuits, butterscotches, chocolate and other fudges, drop scones, gingerbreads, shortbreads, the delightfully-named Tipsy cake, pancakes, hot potatoes… as well as traditional confectioneries, jams and preserves.

And if you’re visiting by train, you won’t miss just where to get off… CityRail gets into the spirit of things and re-signs Bundanoon station Brigadoon for the day.