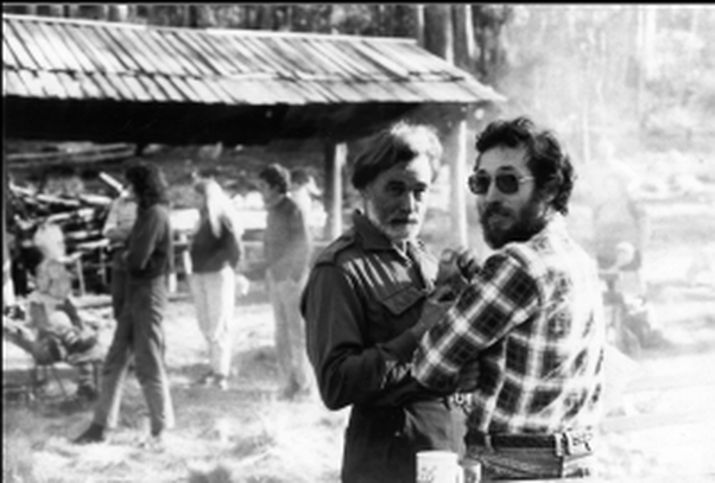 Jeff (left) at the opening of the Douglas Apsley Reserve – 1989

The Wilderness Society today paid tribute to Jeff Weston, who died peacefully in St Helen’s after a colourful life of leadership in Tasmania’s conservation movement and a long legacy of achievements.

With a background in physical and outdoor education, Jeff promoted a philosophy of healthy living based on an appreciation of the natural environment and a strong connection to it. He coupled this with robust advocacy and action, playing key roles in the exploration of the Franklin River, the establishment of the United Tasmania Group – the precursor to the Greens political party, the protection of the Douglas Apsley National Park and the establishment of one of Tasmania’s first rural youth hostels that had a key focus on nature and the value of conservation.

“Jeff had a defining gift of being able identify important connections and join various people together in a network that would go on to contribute to protecting wild places”, said Liz Johnstone, spokesperson for the Wilderness Society.

“He demonstrated a supreme commitment to young people, introducing them to nature, its beauty and its untapped value in improving the health and wellbeing of kids and adults alike.

“Jeff was a farmer at the vanguard of nature-based tourism. He established the Seaview Farm backpackers at St Mary’s and cut tracks to lead walks into the spectacular South Sister forests.

“Most of all Jeff loved life. He loved a party and bringing people together to connect, communicate and celebrate.

“His contributions to Tasmania’s natural and cultural health should be recognised as cutting-edge, inclusive and above all, colourful.