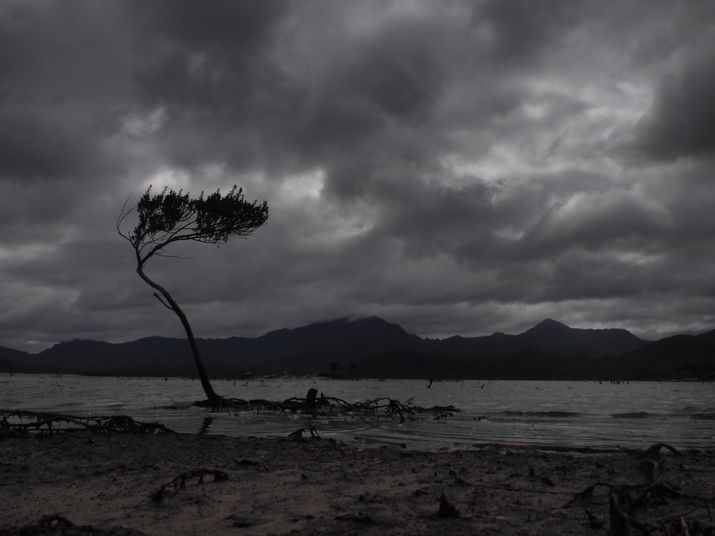 Quiet before the storm and ti tree on Lake Pedder

The Sentinels and cutting grass

Ed: Today’s pics of the month from Isla MacGregor represent the typical picture postcard view of the Tasmanian landscape. Isla MacGegor’s Landmark Exhibition Photographic Exhibtion [b]Entropy 1[/b] which [i]challenges Tasmania’s Clean and Green image [/i] is now up at the Mount Wellington Restaurant at Fern Tree Tavern until 2016. The images convey [i]truth in art[/i] about the real long-term impacts of mining on the Tasmanian landscape. You can find out more about [b]Entropy 1 [/b] in the Mineral Policy Institute’s April edition of [i]Mining Monitor[/i] here: