Late last night, the Spring Bay Chamber of Commerce, emailed this correspondent with a short statement declaring that it would on Monday call for Cadart’s resignation.

In The Monthly magazine ( Here ), Mr Cadart is quoted as describing the township of Triabunna in pejorative terms.

“The people here, they are too disparate, from the most bogan of bogans … to the greenest pains in the arse,” he said.

“Take Triabunna. It is an ugly spot. Not because it’s ugly intrinsically, but because it’s populated by people who have no concept of aesthetics.”

The Chamber of Commerce’s Debbie Wisby, issued a statement reflecting the view of the business community at the remarks.

“After three years of heartache in our Community, the Mayor’s statements have come at a time when the residents are excited, engaged and positive about the future.

“The Community are now strong and unified and have taken control of its future. We will no longer tolerate this disrespectful and disgraceful behavior by elected members.”

A more detailed update of this story will be filed later. It is understood that Mayor Cadart is holding firm and refusing to stand down. 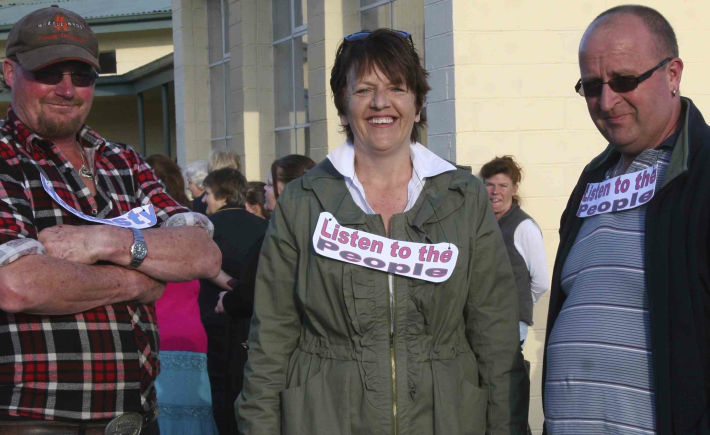 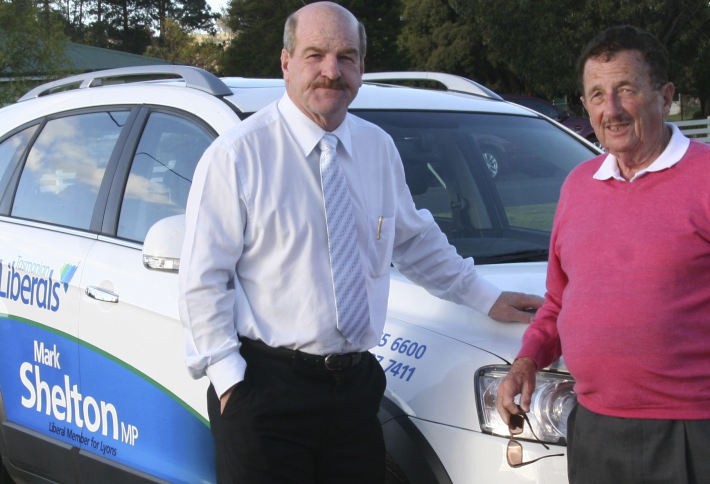 Mr Kent, who move to Orford several years ago, says as vice-president of the Orford-Triabunna Chamber of Commerce, he has a responsibility to censure Mr Cadart’s view of Triabunna and its demography, published recently in The Monthly magazine.

He said Mr Cadart’s intemperate paraphrasing of residents as bogans, was a slap in the face for a community reeling in despair at the loss of its central workforce to the recent closure of the Triabunna woodchip mill.

“It’s out of left field, it is inexcusable and it sets this community back five years in its struggle against its unsubstantiated stigma of being an industrial village,” Mr Kent said..

“I understand that the President of the Chamber, Ms Debby Wisby, has gone into the political implications of Mr Cadart’s statement and will be calling for his resignation as a councillor and Mayor.”

“I do not need to add to the politics of such an inexplicable and insulting statement by the Mayor, presuming of course that he has been accurately quoted in this hitherto unknown newsletter,” Mr Kent said.

“It comes at a time when entrepreneurs and a variety business agents are looking at remarkable, positive concepts to lift Triabunna and the entire region into a new sphere of business activity.”

“What does such a statement say to those people who want to come here and do business?”

“This is an interim statement only. I will have a more detailed reaction to Mr Cadart’s statement a bit later,” Mr Kent said.

“It has taken us all by surprise. We are simply shocked.”

• I also understand as a recent update to the drama building up over this issue, that Monday’s scheduled meeting will include a no-confidence motion in the embattled Mayor. This writer confesses to an ignorance of the required Local Government protocols to bring about such a motion but he believes that a minimum support of five councillors can bring it on. My sources have informed me that at least five councillors will support a motion of no confidence in the once-popular Mayor.

• The ABC coverage … includes a cool definition of ‘bogan’

The controversy surrounding Mayor Cadart’s bogan-gaffe is gathering momentum as a petition circulating within the municipality could cross municipal borders and become Statewide.

Initially timed to be tabled at a special no-confidence meeting early next week, my sources say that General Manager, David Metcalf, in full support of the mayor, has refused to set a date for the special hearing of a no-confidence motion in the mayor.

“They have not provided a date. They are both playing difficult, trying to stall,” when asked of the timing for the no-confidence motion hearing.

The petition calling for the mayoral resignation, destined only for the Glamorgan-Spring Bay Municipality electors, may take longer than a few days, as was its initial intention.

Because the mayor spoke in negative terms of the entire State, the petition could go Statewide so that those outside the municipality can have a say.

“Already, a northern developer has made public his criticism of the mayor, because of the implications to projects beyond Glamorgan Spring-Bay municipality,” my source explained.

The petition is seen by one local entrepreneur as adding weight to the campaign to force the mayor to resign.

“But if he chooses to hang on and give excuses to dilute his harmful statements, he will face the people’s anger at the election later this year.”

“It is not a storm in a teacup as the mayor and other commentators have said.”

The only resolution to this…is a resignation.”

• Casey, in Comments: So ‘Entrepreneurs’ and ‘developers’ will be turned away by Cadart’s remarks??? Where have they and their moneybags been the past 25 years? Nowhere near Triabunna! Good on you, Bertrand – ride it out, don’t ride out. Casey.

• Ben Quin, in Comments: Whilst it was clearly not Cadart’s intention to spark a debate on Bogans, the topic needs airing in Tasmania. I don’t agree with the definitions of Bogan offered to date. A Bogan is someone who takes refuge in ignorance. This does not necessarily make a Bogan an undesirable neighbour or member of a community. Where Boganism becomes menacing in a community is when it becomes a cult – the adoration of ignorance, or complete acceptance of the philosophy of ignorance by a group within that community. When challenged with the need for change, Bogan Cult members usually fortify their position with tribal behaviours adapted from their chosen holy text. Whilst shooting at road signs and burn-outs after midnight are threatening,these are the least insidious of a Cult’s activities. Refusing education, ignoring information about obvious health risks and acceptance of violence and wilful destruction are Bogan Cult defences at their worst. Much of what has passed for political policy and debate in Tasmania has in fact aided the rise of Bogan Cults around Tasmania, by enabling Bogan Cultists to believe that their way of life is ok. Tasmania must change, starting with Triabunna if necessary. Cadart is ok on that and the Glamorgan Spring Bay lynch mob should put their ropes away.