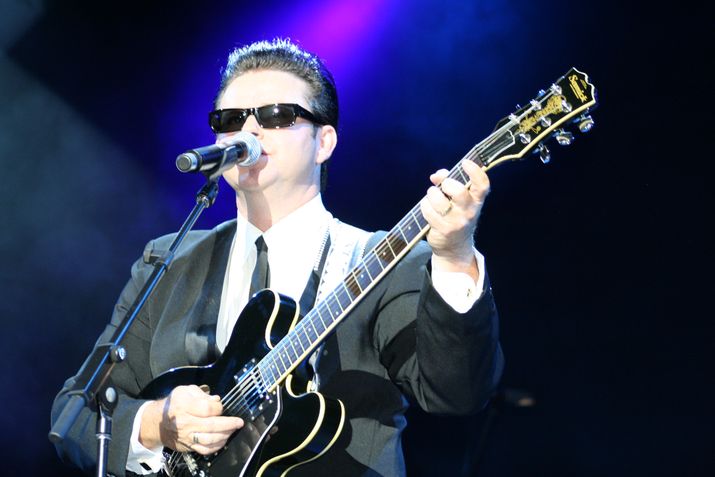 Come and relive the magic and the classic hits of two of the world’s greatest and most successful Rock n Roll Music Legends of all time.

Internationally Renowned Artists Dean Bourne & Fallon will take you on a magical celebration of the iconic hits of Superstars Roy Orbison & Del Shannon as they perform hit after massive hit.

Dean Bourne has been described as having “The Spirit Of Roy Orbison” within him as he performs Roy Orbison’s iconic hits such as Pretty Woman, Crying, Dream Baby, Leah, Penny Arcade, Danny Boy, Only The Lonely, In Dreams, Candy Man, You Got It, Workin For The Man, Running Scared and many many more.

Dean Bourne is the World’s greatest exponent of the great hits and music of Roy Orbison today.

Audiences around the country are left speechless by Dean’s performances with comments such as – Brilliant, Amazing Voice, Astounding, Magnificent and more.

Fallon is a highly regarded quality performer with a huge voice with a successful career performing in all major venues in Australia including International performances in the likes of Vienna’s Hofburg Palace, The Rome Hilton and our own Sydney Opera House, the dynamic Fallon continues to mesmerize audiences all over the country.

Come and hear the magical hits of Del Shannon such as -Hats off to Larry, Handyman, Swiss maid, Black is Black, Little Town Flirt, Keep Searching (follow the sun), I go to Pieces, Needles and Pins, Hey Little Girl, Stranger in Town, So Long Baby, Runaround Sue, Walk Away. Runaway, Do You Wanna Dance and much much more.

Del Shannon was one of the handful of American Rock ‘n’ Rollers of the 1960s to survive the crashing tide of the British Invasion – Among the few were Elvis, Dion, Roy Orbison and Del Shannon – One of the best and most original rockers & pioneers of the early ’60s, Del Shannon was also one of the least typical – His 1961 smash hit Runaway continues to have immortal influence on popular music today.

Roy Orbison & Del Shannon had a very strong admiration & respect for each other which culminated in a UK Tour in 1964 giving their audiences what they wanted to hear – all their massive hits together on one unforgettable night of Rock & Roll.

Was Del Shannon to become a Traveling Wilbury after the passing of Roy Orbison We shall never know for sure, even though the rumors were very strong – “Runaway” was the only recording by the Traveling Wilbury’s legitimately released that was not written by a Wilbury.

“This very exciting and unique concert experience has been Fully Endorsed & Supported by the Family and Management Of Del Shannon USA”.

“A must see show for anyone who wants to relive the sound, the voice and all of the magical hits of Roy Orbison & Del Shannon in an exciting two hour concert experience that is much like the man himself – unforgettable”.

“This show is a must for all Rock n Roll music fans” !
Jarrod Rose Publicity Director